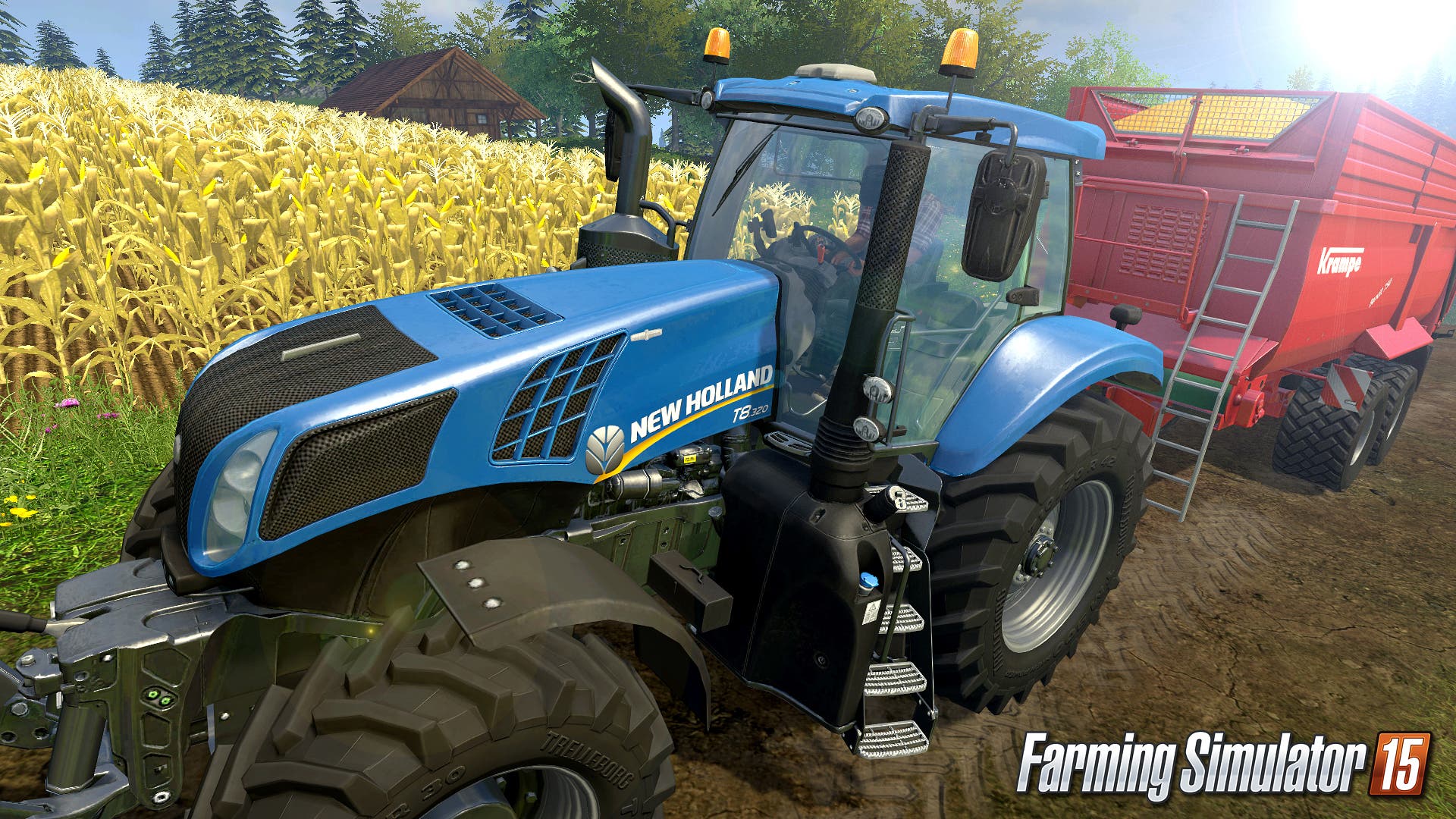 The “Simulator” genre has gotten quite crowded over the years with some strange ideas, yet one of the better made and true to form has always been the Farming Simulator series. For as silly as it sounds to those who take Agricultural work for granted, Farming Simulator is actually pretty competent. 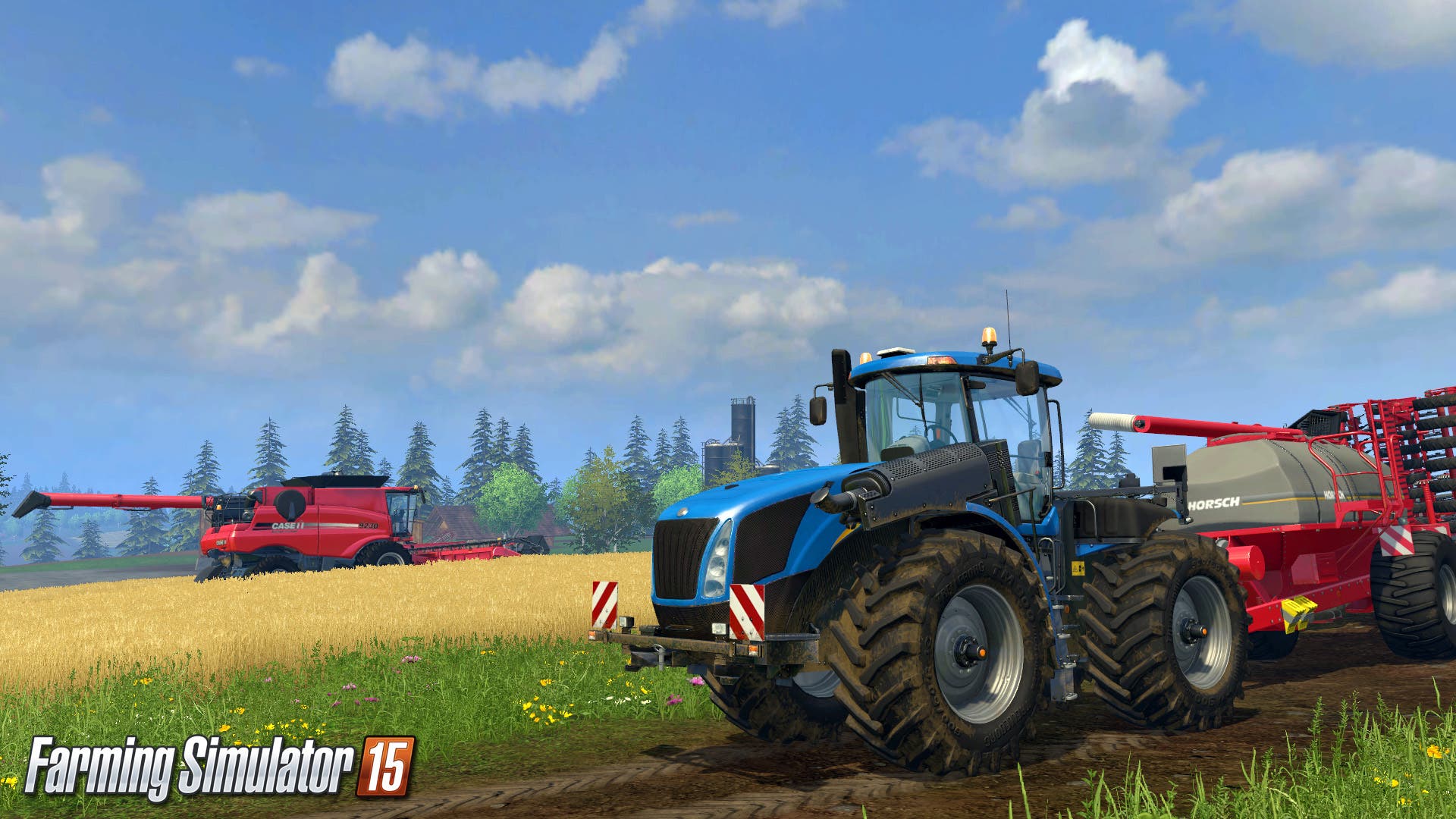 If you’ve come here to read this review you’re either A. curious how fun a game about farming can be, B. someone totally into plowing the fields in the hot summer sun, or C it’s close to Thanksgiving and somehow your web search brought you here and if thats the case then let me welcome you to Saving Content! Now, if you happen to fall into column A you may find fun here if you enjoy a serious simulator and if you’re in B, well, you enjoy doing this so here’s more of that.

Once you’ve decided on whether or not you want to strap on them overalls and get to work, you’re presented with two worlds to cultivate, the rolling Scandinavian townland or a quiet middle American town. For some basic tutorials on how to get started, you’ll want to hunker down in the Scandinavian region as the American town just drops you in, directionless. Regardless of how you go though, the game assumes that you have some prior knowledge of how to build up a farm. They’ve given you enough equipment to get out there and cultivate a few fields out of the forty or so to get started, but it’s up to you to earn enough to be able to hire workers and get more equipment to manage one gigantic farm. 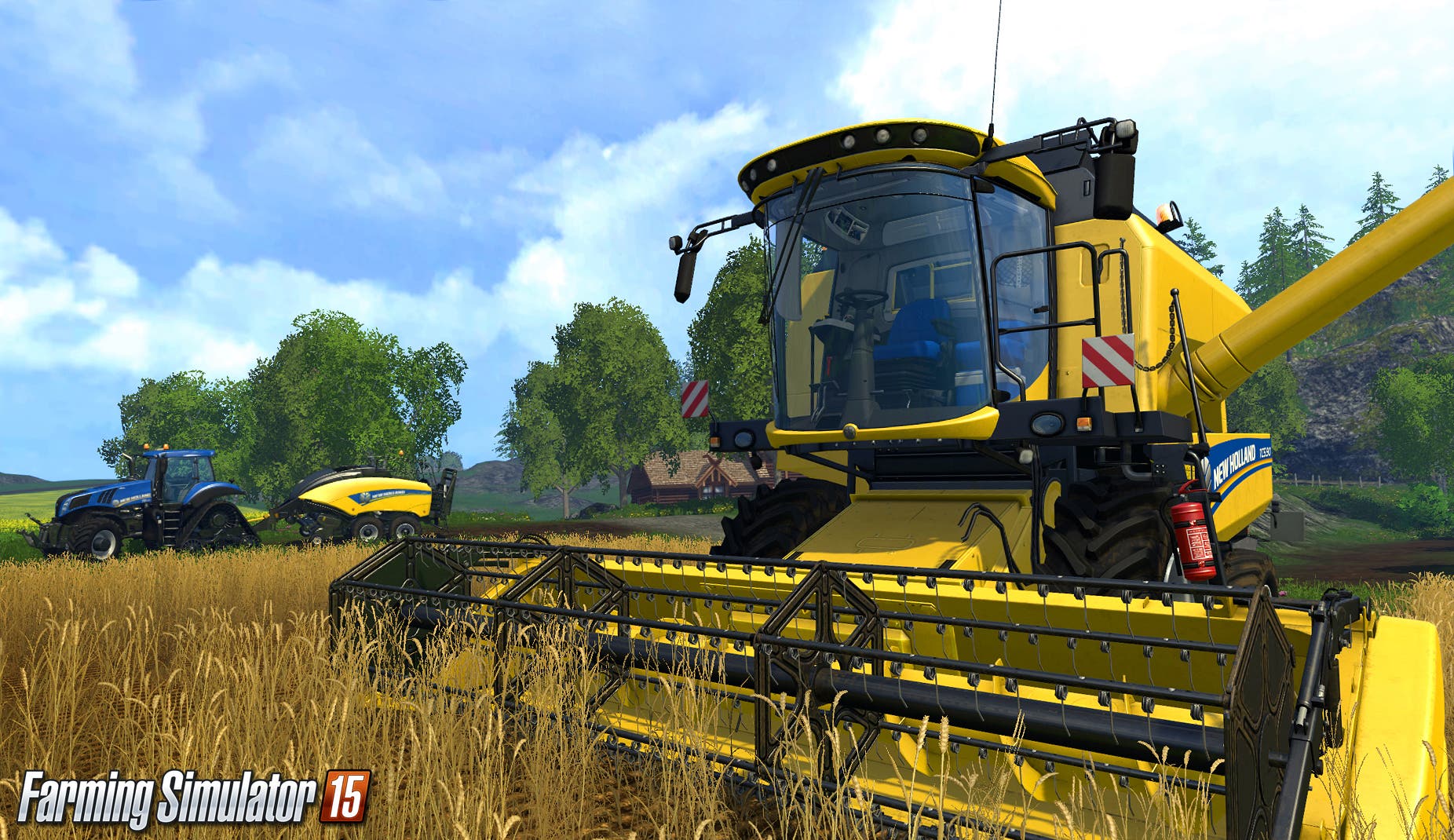 You start off with three tractors and some basic equipment to get to the fields right away, but it wasn’t free and you’ll need to eventually pay off a bank loan used to acquire that stuff. so get those boots back on because there’s a lot of hungry people out there ready to pay you for your crop. If there is one area where the Farming Simulator series has shined, it’s in its tractors. They are plentiful and officially licensed, so for ranch hands who know their stuff and want to get down and dirty with the model of their dreams, they will more than likely find it present in the game; accurately modeled and all. One would say this may be the Gran Turismo of Farming Machinery? Ok, no one is saying that, but I am, right now. Fine, that may be stretching a little bit as the collision detection for the tractors aren’t quite, well, good. There’s no damage to speak of and colliding into something has no real effect other than the possibility of getting stuck, If your equipment does happen to trap itself, it’s a nightmare to get out. Luckily you can warp the vehicle back into place and just keep on farming.

That isn’t the only issue effecting the game though, terrible physics cause tractors with attached trailers to act janky and slide around and my word the clipping errors. I wasn’t kidding about the collision detection because even just driving around a field and you’re bound to find stalks poking through the floor of the equipment. The world is populated with some pedestrians to kind of give it some life but this ain’t no Grand Theft Auto, the people walking around are ghost like. You’ll just drive right through them. Maybe it’s just my sadistic siding wanting to see that extra bit of a realism of running someone over but then again, it makes sense why a game like this would prevent you from doing that. It’s not supposed to be the main draw. 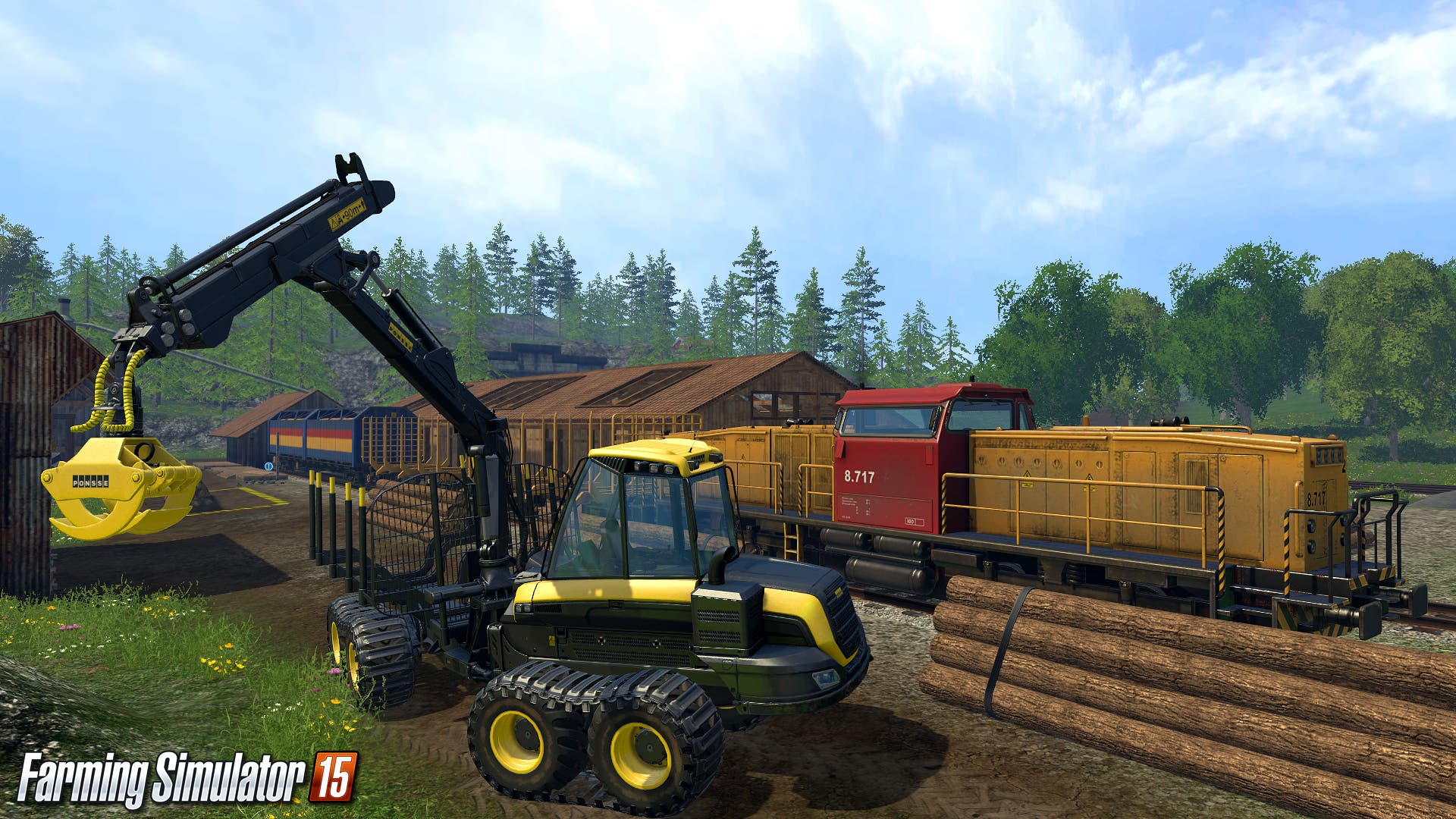 As I mentioned earlier, you’ll eventually want to hire workers to take over some of the machines so that you can go about and work on more stuff, but here’s where the game breaks down just a bit. The AI isn’t all that smart, it’s very basic. As long as nothing interferes with it’s scripted path it’s ok, But if it happens to get into trouble, it won’t alert you in anyway and just sits there waiting for you to discover the predicament it’s in and fix it; like a true greenhorn. If they had different levels of employees you could hire, I would just chalk it up to “getting what you paid for” but seeing as it’s just a simple as clicking on “hire worker”, it’s just bad AI. Now to side step the problem you could just take your world online and grab up to sixteen farming gurus and get the job done. It’s not really any different than playing by yourself except you have a living breathing human on the other end doing the task. Or maybe you’ll find some looney just doing donuts in the wheat fields in a harvester or something.

The newest addition to the series is forestry. You can manually cut down trees with the use of three chainsaws to choose from. Once cut, you can sell the wood to a lumber yard or other places if you have a chipper to break down the wood. There isn’t much to say here other than it’s another way to earn some extra income on the farm and possibly a feature that can be expanded upon in future games. 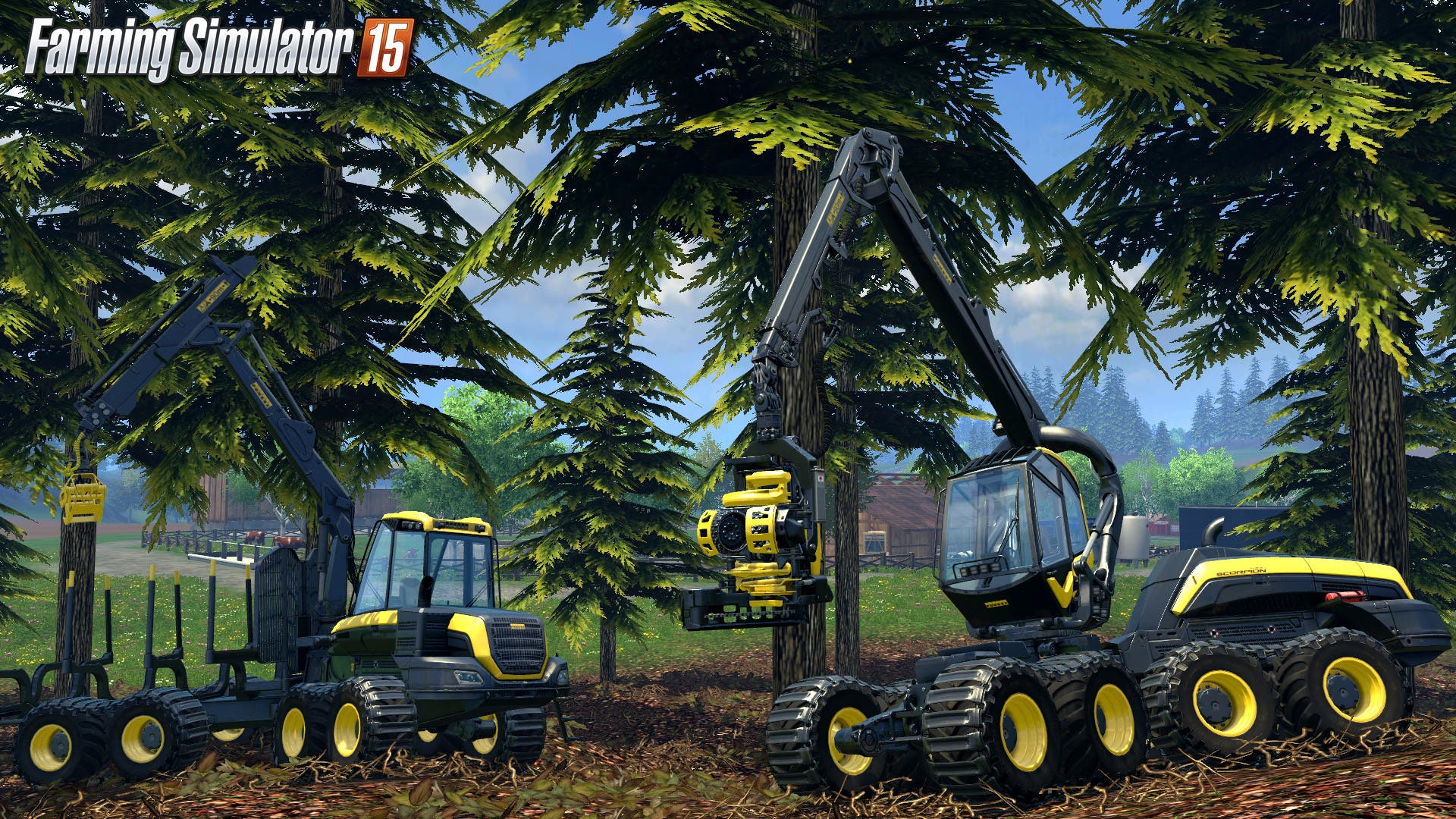 Even with the flaws present, you kind of know what you were subscribing for when you purchased the game. It’s not going to be perfect but it is just good enough to make you feel like you’ve sat down and actually accomplished something. This game is not for everybody, it’s very niche, but for those that it will speak to it will satisfy their needs.