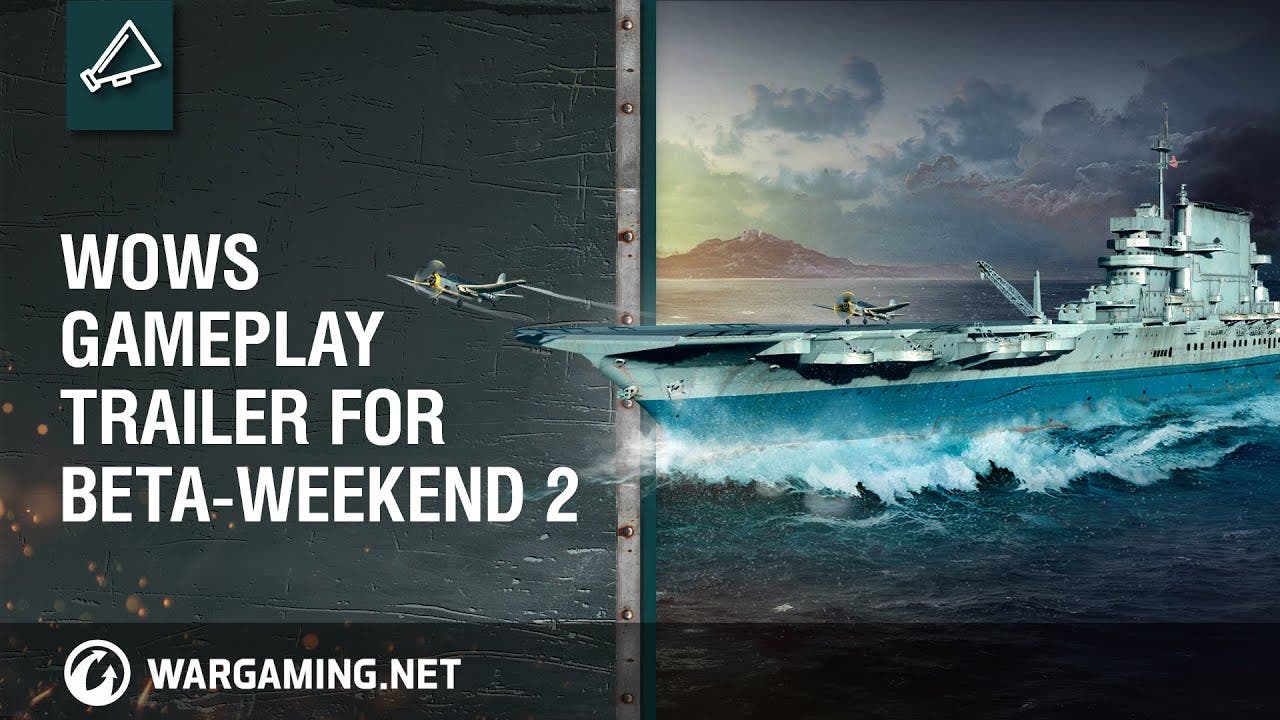 Wargaming is excited to announce today the second Beta Weekend for its upcoming naval online combat game World of Warships. This three-day testing event dubbed “Wings Over the Water”, opens January 23 until January 25 and will transport players into the beautiful and deadly high seas where they’ll battle for supremacy.

“World of Warships’ first Beta weekend was a great success,” said Daniil Volkov, World of Warships Development Director. “There was an undeniable demand for the fourth class of warships—the aircraft carriers. The unique RTS style of gameplay that they have, together with the extension of tech trees up to Tier 10 and introduction of Divisions will offer a wealth of great content for players and open up a new dimension to their gameplay.”

With the introduction of the aircraft carrier class, bringing the total class of warships up to four, players also have the chance to take advantage of stealthy destroyers, stalwart cruisers and devastating battleships. Aircraft carriers offer a unique angle to combat, delivering RTS style gameplay and the ability to launch three types of warplane squadrons (fighters, dive bombers and torpedo bombers) against any opponent.
With ten tiers available, testers will be able to level up and unlock a few of America’s and Japan’s iconic military vessels: the USA has the Pensacola cruiser and Fletcher destroyer; Japan has the Nagato and Yamato battleships and the Shimakaze destroyer.

Players will get crews represented by warship commanders with a variety of skills to master, additional equipment, and an expanded line of consumables. And for the first time, they will be able to team up in Divisions, where you and two others can test yourselves against other commanders.