Dead Synchronicity: Tomorrow comes Today will be out April 10th

Daedalic Entertainment  will be releasing the upcoming dystopian adventure game – “Dead Synchronicity: Tomorrow comes Today”, on April 10, 2015. The game will be available via digital distribution (Steam) for $19.99 USD on PC, Mac and Linux.

In Dead Synchronicity, you play as Michael, a man with no past, who must recover his identity and decode the two events that brought the world to the edge of collapse: the so-called Great Wave, an inexplicable chain of natural disasters, and a pandemic that turned humans into the “Dissolved”, infected beings whose sick bodies will eventually dissolve into blood. However, before they die their gruesome death, the Dissolved gain special cognitive powers. If Michael doesn’t hurry, he won’t be able to avoid the impending moment of “dead synchronicity”, when Time itself starts to dissolve.

Daedalic Entertainment will arrange full English and German localizations of the game, including the recording of voiceovers in both languages. Furthermore, Dead Synchronicity will feature Spanish, French, Italian and Russian subtitles as well. 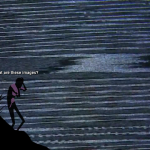 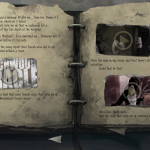 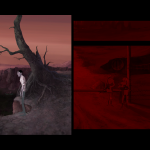