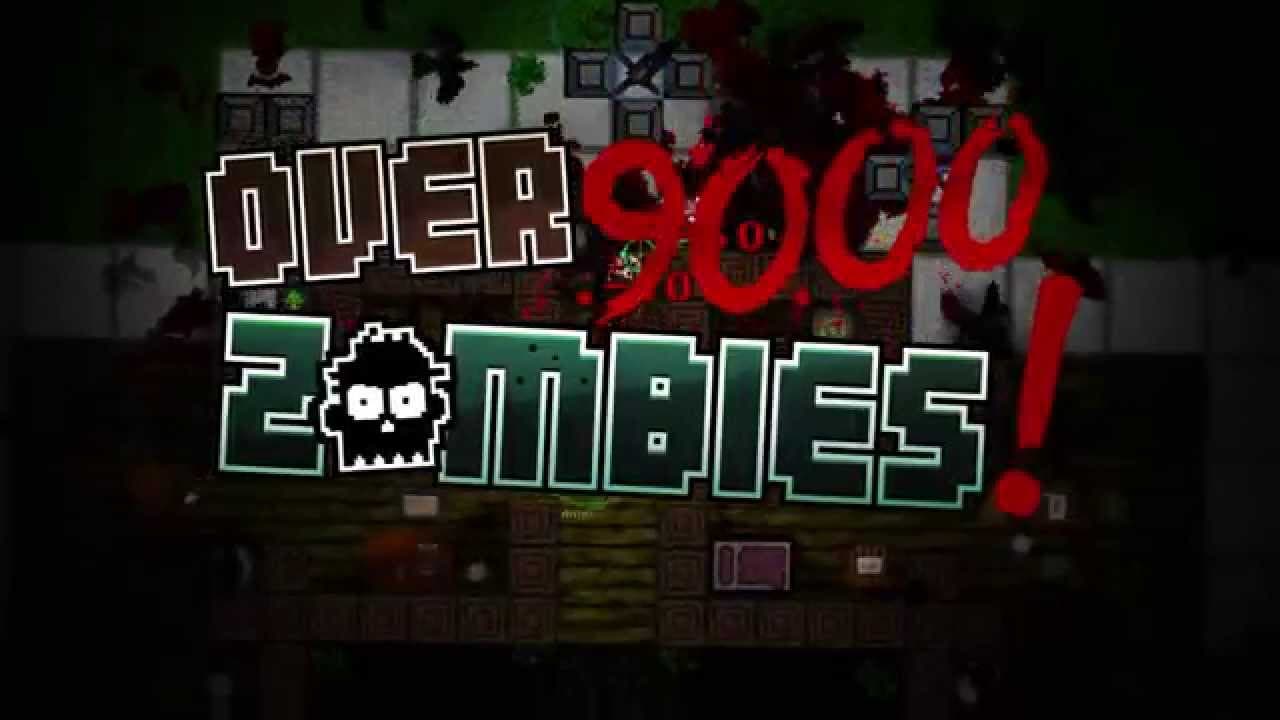 The zombie hit squad of indie developer Loren Lemcke and independent publishing studio Mastertronic have urged the public to beware – Over 9000 Zombies! is bursting out of Steam Early Access and launching in full!

Over 9,000 Zombies! combines the unyielding urgency of arcade action with the clever strategy of tower-defence to create a riotous festival of (un)death. Blast, bomb and incinerate the endless hordes by night, build weaponized turrets by day and outlive your fellow survivors for bragging rights. The end of the world needs a good soundtrack and the electro-rock beats of Clearside will keep your head thumping till dawn.

Tons of AI undead enemies powered by Zombie Swarm Intelligence are launching themselves in frenzied attacks across the global sphere and they’re only going to get faster and nastier. Keep your eyes peeled for flaming zombies, highly poisonous zombies, zombie animals, giant eyeballs and even the risen remains of political figures. You’re going to die out there so make sure you leave with a bang. We’ve got you covered with an assortment of guns that’ll make any doomsday prepper drool with envy. We’re talking shotguns, pistols, assault rifles, flame throwers, mini-guns and everything in-between. No permits needed!

As the zombies mutate, a true survivor adapts their environment. Unleash the Map Editor, your hidden tool against the beastly swarms, to create your killing arena and strengthen your fortified bases. Your rules, your terms! They may be slow and stupid but the zombies have numbers on their side. Keep those malevolent hordes at bay, stem the tide and tip the scales in your favour by building barricades and turrets of mass destruction. Then share your map skills with the Steam universe in Workshop and let the nation decide which is best for zombie survival.

The world’s about to end but that doesn’t mean you have to sulk around on your lonesome. Band together with up to three of your buddies and light the night on fire. But beware who you choose as your comrades – only the strongest endure this ultimate fight for survival…

Loren Lemcke, Head Sniper, cautioned: “Many zombies have already been slain and many survivors have already perished, but now that the undead horde has arrived in full force, the human race must call upon everyone that remains to take up arms. Without your help, everything humanity has struggled for will be consumed by the crowds of the undead!”

Stuart Morton, Producer, Mastertronic squadron, commented: “After a successful period of early access, evolving faster than any zombie epidemic to date, it brings us great pleasure to launch the new and improved version of Over 9000 Zombies! A massive thank-you goes out to the whole community who helped make the game what it is today.”

Over 9000 Zombies! is available now on Steam for Windows PC.