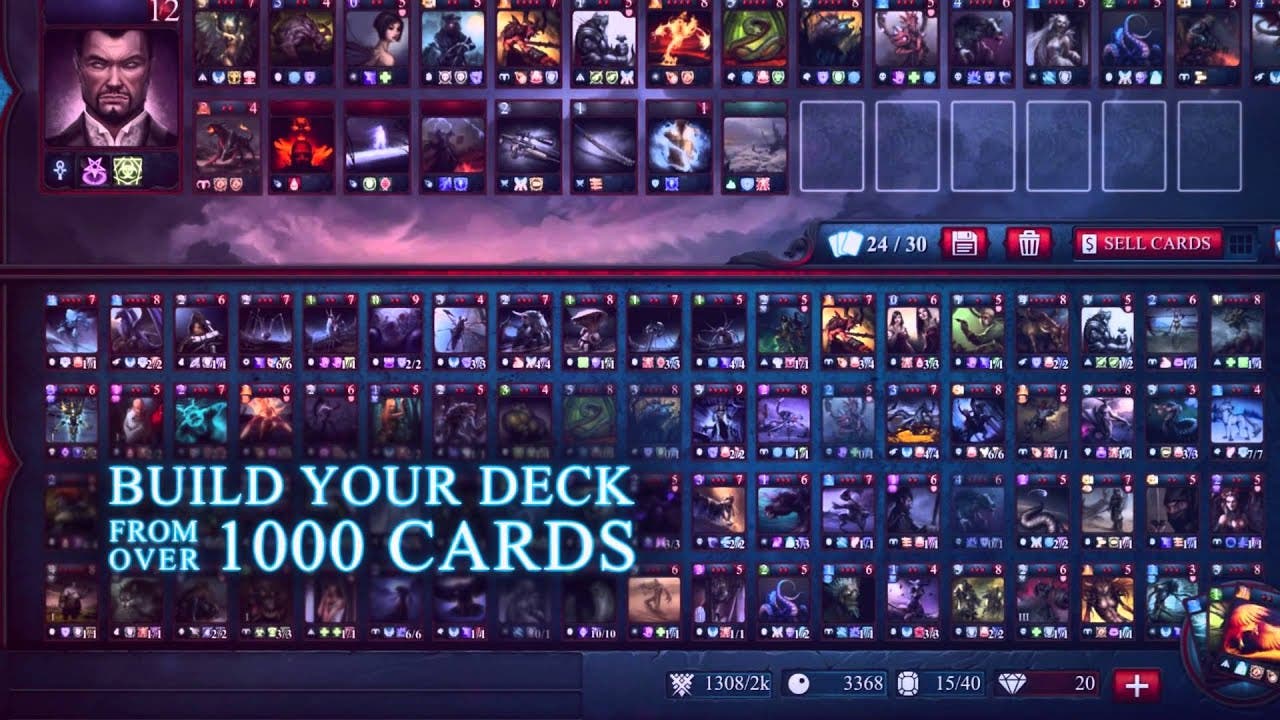 This is the official trailer to the upcoming digital card game Nightbanes.

The trailer gives a great insight into the unique appeal of the game. Coming with PvP, PvE and a sophisticated raid system, Nightbanes introduces to the players hundreds of lovely designed cards set in a dark fantasy universe. The basic rules are simple, but complexity rises with every step of the journey.

The Steam version of the game has been completely designed with the Unity engine, introducing great visual effects for every attack executed and every single spell cast. Blast your opponents off the table and feel all the magic power of this upcoming magnificent free to play experience!

Nightbanes is a digital collectible card game set in an alternate modern horror universe where vampire clans are waging an endless war for dominance. Conquer the underworld as an almighty vampire lord by sending your minions and allies into battle. Duel other lords in different PvP modes or master the single player campaign earning additional powerful cards the further you journey.

Step into modern, urban battlegrounds filled with magic and gruesome creatures. Fight werewolves – your traditional archenemies – as well as horrifying monsters, wild animals, corrupted humans, and even battle robots, aliens and dragons. Build your deck according to your preferred play style and theme. Run bestial decks that overrun your opponent with the pure mass of creatures, build up a defensive deck and hide behind your lines while slowly draining your opponent’s life, or take control of the battle with powerful artifacts – the choice is yours!

Earn cards along your journey or pull them from booster packs to constantly improve your deck. Cards can be leveled and combined to create new, more powerful additions to your deck – something a real world card game can never deliver.

As you fight your way through different thematically regions and themes you’ll battle powerful bosses, found guilds and join-up with other players to raid the most merciless epic bosses of the underworld in order to gain special loot cards. The universe of Nightbanes is an ever-growing one with new expansions, abilities and hundreds of new cards to be introduced over time.

Take your strategies to the next level in the player-versus-player part of the game. In active PvP, players need to be simultaneously online and fight a live duel to gain a higher ranking. The higher your PvP rating (under the ELO system) the more PvP reward cards unlock. Every PvP season lasts about 2-3 months. After a season the PvP rankings are reset and new reward cards added. Players also earn a currency called “Blood badges” which they can spend on special PvP cards. Gain even more blood badges in passive PvP: You submit your deck but you don’t have to be online. You either fight against offline players or the AI takes over your deck if you are attacked.