The PS4 boxed copy of Retro City Rampage DX has already sold out. But there’s also the PlayStation Vita version to get your hands-on.

This limited edition PS Vita retail version comes to you on an official 2 GB PlayStation®Vita card, busting at the seams, filling 19.8 MB of its capacity. It comes factory shrink wrapped in your standard issue official blue case with new front and back cover art (different from the PS4 version).

It’s region free, so it’ll play on all of your PS Vita systems, worldwide.

As with the PS4 version, it’s the real deal and part of the official PS  Vita  game  library  (PCSE-00630  to  be  exact!).  What that means is that if you’re aiming for a complete collection, you can’t miss it!

To make things extra special, it also sports retail exclusive gold themed PS Vita Live Area art, including a new icon and seal. It’s 100% compatible with the existing Cross Save feature, so if you already own the game on PS4, PS3, or digitally on PS Vita, you can pick up right where you left off.

Another fun fact: This retail release is also unrated; the first (and currently only) North American PS Vita game without an ESRB rating. Why, you might ask? Well, that’s a tale for another post, but suffice to say, the ESRB was kind enough to allow it to be released without one (shout out to Rocco!), and that means big cost savings passed onto you! With limited print runs, every cost adds up. Without the rating classification, I’m able to sell it for a much lower retail price

It’s available for pre-order right now at http://vblank.fangamer.com for $30. Order now, before it’s too late! Estimated ship date is 3-4 weeks.

A TALE OF RETAIL

Last November, one of the most important packages of my life was delivered. I wasted no time and immediately tore it open to find thirty blue PS4 games. Catching a whiff of that surprisingly not patented “new shrink wrap smell”, I reached in and pulled one out. It was a game I could call my own in more ways than one.

Releasing a retail version of Retro City Rampage DX on PS4 blu-ray was a dream come true, and again, I can’t thank everyone at Sony enough for allowing it to be it possible. As more and more games shift to digital-only releases, having that trophy of your work to hold in your hands and put on your wall means more than ever. Having gone from developing games for other studios to starting my own studio, developing my own games, and then publishing my own retail SKUs has been incredibly surreal.

Of course, we wouldn’t be here today to unveil a second retail SKU of RCR:DX if it weren’t for you, the fans! Thanks to your support of the PS4 retail version, a door was opened to make another dream come true – that is, release official cartridges! PlayStation®Vita cards, to be specific. If the PS4 retail version hadn’t done as well as it did, this PS Vita version would never have come to be.

THE ROAD TO PS VITA WAS PAVED WITH PS4

As the first indie to self-fund and self-publish a PS4 retail release, there were a lot of unknowns. As I stepped into the uncharted territory, no one knew how it well it would do, exactly how many copies to print, or even if it would be profitable. It was a risk. Like many indie ventures though, it was driven not by revenue, but by passion — much like going indie in the first place. When I looked at the numbers, breaking even didn’t seem out of the question, and even if I came close to doing that, it would be worth it. I would have an official PS4 disc, shrink wrapped and straight off the presses, to hold up and put on my wall, and those of you who had been asking for years for a physical copy would be able to get your hands on one too.

When the PS4 blu-ray finally went on sale, it was a pleasant surprise to see it immediately fly off the shelves. By the next day, it was completely sold out. There was an unfortunate flip side though. I had underestimated demand, and because it sold out so quickly, it didn’t get much press coverage (it was sold out before it got on their radar). The months following were filled with a steady flow of fans were newly discovering what they’d missed, crushed that it was no longer available (sorry!). Their only option was to go on eBay and pay 5X (up to 10X!) the original price.

It put things in a tough spot, because many had bought it due to the fact that it was such a limited printing, so printing more would disappoint those fans. Not printing any more was disappointing those who missed out. The best of both worlds though: Printing an entirely new retail version for a new platform!

Before producing the PS4 blu-ray version, I had long discussions to determine which platform to do. PS Vita was very high on the list, but there’s a bit more work involved in doing cartridges than discs, not to mention significantly higher costs (there are like, a gazillion transistors in each one!). That was then though, when the road ahead was nothing but unknowns! Now, with a better view of the landscape, it’s not the crazy idea many thought it once was. 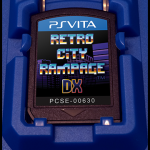 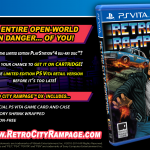 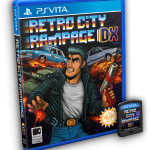 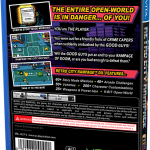 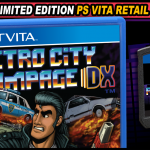 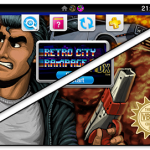