SEGA today announced the addition of three more titles to the second batch of 3D re-masterings exclusively for the Nintendo 3DS™ hand-held system. Featuring some of the most iconic games from SEGA’s Genesis™ console, The SEGA 3D Classics Series will let fans relive SEGA’s legendary console era and take them on a 3D ride through gaming’s golden age with 3D Streets of Rage 2™ in July, 3D Gunstar Heroes™ in August and 3D Sonic™ The Hedgehog 2 in September 2015. These games will follow the releases of 3D Fantasy Zone II (April 16, 2015) and 3D Thunder Blade™ (May 14, 2015).

Just like the previously released arcade classics, each game in the series delivers a full-fledged re-mastered vintage experience, stunning 3D visuals and optimized for the platform. All games in the series will include brand new modes and features, letting you play the game how you remember it but also in an entirely new way. 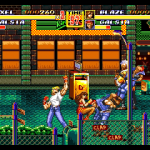 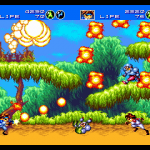