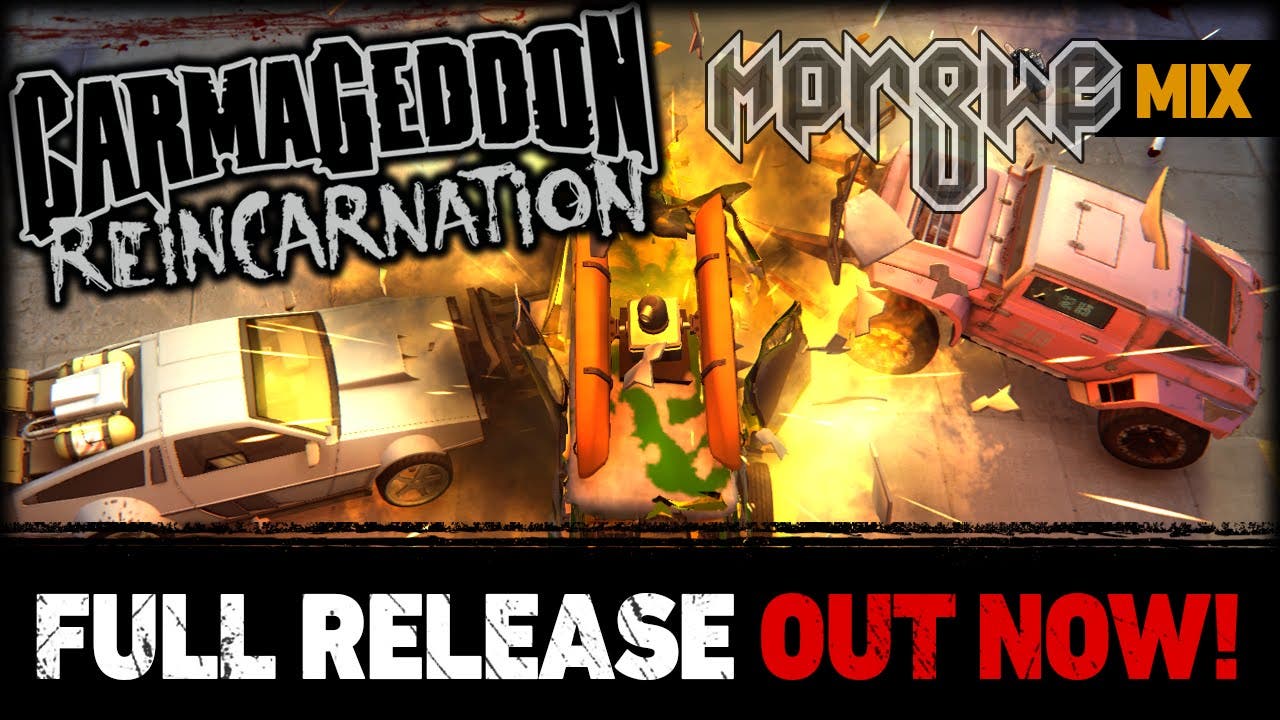 In 1997, a videogame was released that caused establishment scandal and media hysteria around the world. Banned in some countries, censored in others, and even condemned by a Pope, overnight it became the poster child for everything that’s wrong in society… and therefore right in a videogame.

The game was CARMAGEDDON. For a generation of gamers coming to the end of a decade of 2D, wireframe, and corridor combat, it was an awesome introduction to the concept of the “real” 3D open world, do-whatever-the-feck-you-like, chuck-out-the-rulebook-and-just-BE-STUPID gameplay. And in doing so it also introduced the gaming world to the whole concept of realistic physics and real-time dynamic damage. What’s more, it was the FUNNIEST GAME EVER.

And now, Stainless Games is proud to announce the FULL RELEASE of the latest ground-breaking game in the series. Yes, Carmageddon: Reincarnation is HERE. And with it comes everything that was great about the original Carmageddon, plus MORE! MORE carnage! MORE LOLZ! MOAR GRANNIES! It’s got Career, Freeplay and Multiplayer modes plus CarMODgeddon modding support.

So what have we done to update the game that was not only one of the most controversial titles of its day, but also the most innovative and technically advanced of its generation? Well controversy is pretty hard to whip up these days, but we are still proudly offering you the chance to turn PEDESTRIANS into POINTS (which continues to get certain sections of society hot under the collar) using your car or a whole host of hilarious ped pulping POWERUPS! And we continue to be boldly innovative and technically bloody clever – our CAR CRUSHING CODE continues to be the envy of anything else out there. Plus it’s all more HILARIOUS than ever!