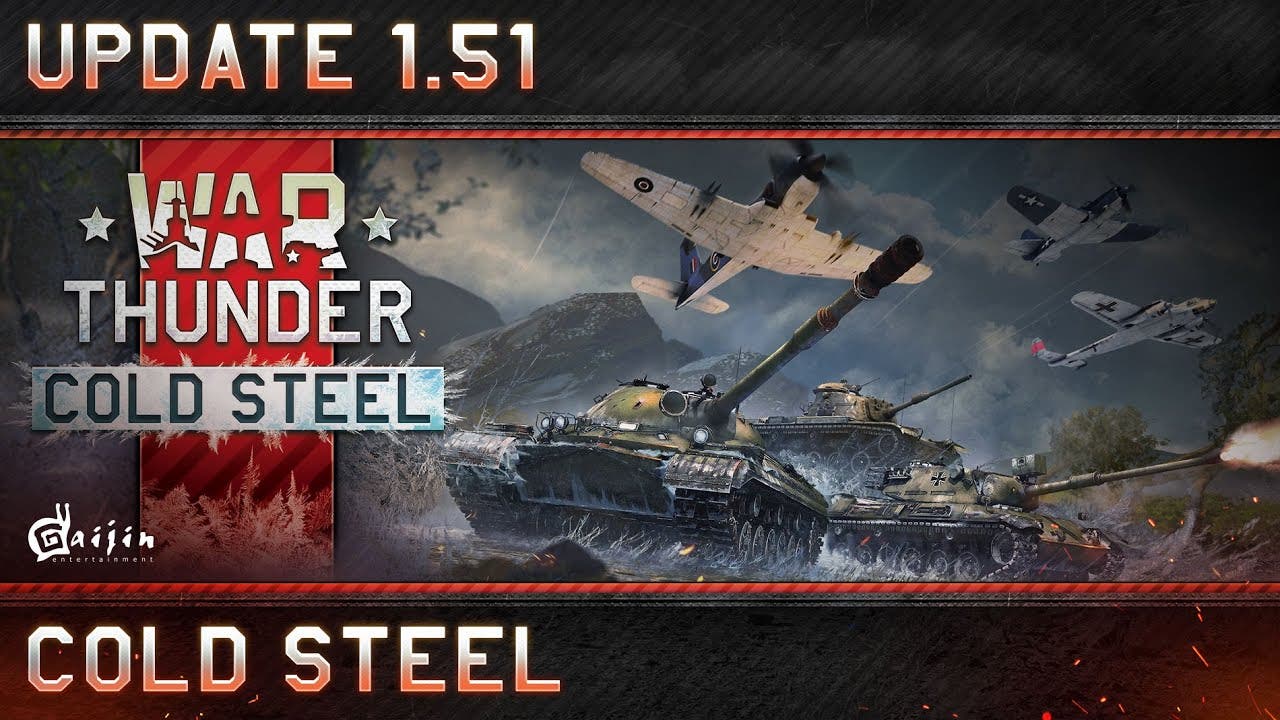 Gaijin Entertainment today announced that its 1.51 Update for the award-winning MMO WWII online game, War Thunder, is now live. Titled the ‘Cold Steel Update’, War Thunder’s ten million players worldwide now have access to an even larger, unrivaled selection of content as Gaijin Entertainment introduces even more vehicles and functionality into the game. To see the full list of new improvements and features, visit the War Thunder developer’s blog: http://warthunder.com/en/game/changelog.

War Thunder has now been implemented with the first winter map for ground forces set in Finland. The snow covered map will prove a challenging sub-zero combat environment for players within an abandoned Finnish village as they negotiate deadly ambush points and a frozen lake. When moving across expanses of open ice players must pay attention to their tank’s weight as well as the possibility of artillery or bombing strikes – all of which could quite literally take the ground out from under them.

A new game mode ‘Enduring Confrontation’ is introduced for realistic and simulation based battles. Players will have an unlimited number of respawns so potentially the game can last for hours, until a team completes the victory objective announced at the beginning of battle. Each time a player leaves the battle, a new user will take his or her place.

The Cold Steel Update also introduces more modern tanks into War Thunder, the Soviet T-10M, the German Leopard-1 and the American M60, opening up a new historic era of tanks from the Cold War. The youngest of the three – the German Leopard 1 – joined the ranks of the German army in 1965. It was the first tank, developed in Germany since the end of World War II. Unlike aircraft, which made a huge leap in development with the advent of jet engines, the tanks of the 50’s and 60’s were not significantly stronger than their predecessors of the late 40’s. The evolution of ground forces went towards strengthening the weapons and increasing the mobility rather than further increasing the armor.

The 1.51 update adds 20 new vehicles, including both ground forces and additions to War Thunder’s aircraft roster with a top-up of the TF Mk IV Firebrand, the A-36 Apache – a ground-attack/dive bomber version of the North American P51 Mustang – and Japan’s formidable J2M5 which was build for speed and climb performance and packed a deadly punch to high altitude threats.

Gaijin Entertainment will also be adding an Order System to War Thunder. Now any player in Arcade and Realistic battles can also become a commander. At the beginning or during a battle, an “Order” can be activated, allowing players the chance to win a reward for fulfilling the “Order”. Orders can be completed when a player meets the required criteria e.g the “Jack of All Trades” Order. Gamers can strive to be first to destroy three enemy vehicles of different classes: fighter, bomber, attacker, light/medium tank, SPG and AA gun.

For a full breakdown of the War Thunder Order list check the devblog page here: https://warthunder.com/en/devblog/current/789