Parabole has unleashed new screenshots and gifs for Kôna, an interactive tale in which you explore an all-too-quiet town in 1970 Northern Canada. As a private detective called to investigate a land disagreement between natives and a rich industrialist, you arrive in the area to find everything is not quite as it should.

Parabole is a small group of talented developers based in Quebec city. Having launched a successful Kickstarter campaign for Kôna in September 2014, the team promises to produce one of the most unique first-person adventure games you’ve ever played. 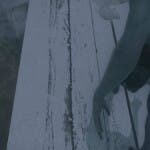