Paladins announced from Hi-Rez Studios for 2016

Hi-Rez Studios, makers of the action MOBA SMITE, today revealed Paladins, their newest free-to-play game under development for the PC and current-generation consoles. Paladins combines a rich fantasy setting with the fast action of a team-based first-person shooter. In addition to the core shooter experience, Paladins also offers deep strategy and in-match character progression through decks of collectible cards, which amplify and augment a character’s core set of abilities.

Paladins will be playable to gamescom attendees at Hi-Rez Studios’ Booth A-051 in Hall 9, near the ESL main stage. Those not at the show can learn more and sign up for the upcoming closed beta of Paladins at www.paladins.com.

“We’ve managed to keep Paladins under wraps for over a year now, so the dev team is really looking forward to receiving feedback from the hands-on demo at gamescom,” said Todd Harris, COO at Hi-Rez Studios. “We’ve focused on making something we find fun and competitive, and soon players will help us craft how Paladins grows from here.”

In Paladins, teams are pitted against one another to capture control points and demolish the enemy’s base while defending their own. Each combatant enters the battle with a primary weapon, a set of combat and movement abilities, and a personal mount to carry them quickly from one fight to the next. Players begin each match with a customizable deck of skill cards which can be activated and evolved upon leveling up in-match for enhanced strength, defense or utility throughout the session.

“Paladins has been a passion project of ours from the beginning,” commented Mick Larkins, senior producer on the title. “We’ve dedicated a separate team from SMITE to work on it, and while we are still early in development, we know we’re crafting something very special. Paladins is extremely quick, with a great deal of depth in how it blends action, tactics, and teamwork, and we’re excited for gamers to start discovering all it has to offer.” 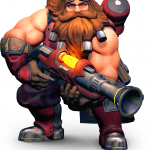 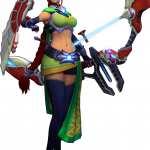 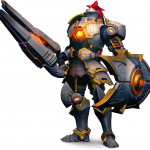 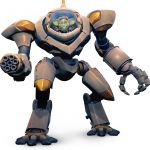 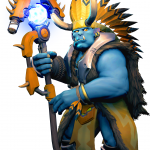 Paladins is coming to PC and current-generation consoles in 2016.