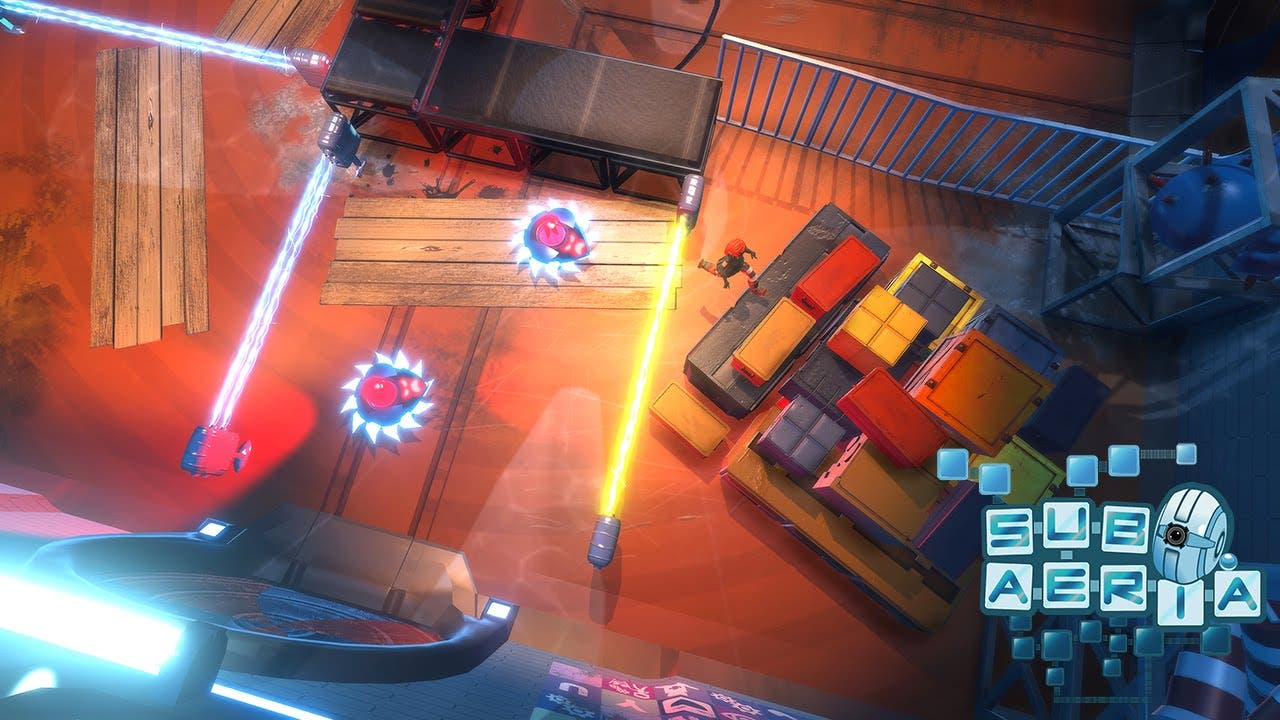 In Subaeria players must use their wits to manipulate their enemies into destroying each other. Players will have to be smart in how they approach different situations and think strategically on how to use their environment and abilities to defeat their enemies in this intense action puzzler.

Players follow the journey of an outcast trying to escape a world ruled by technology. Armed only with their wits and drone companion, they’ll have to fight their way through droves of murderous robots by pitting them against one another. As they progress through the underwater city of Subaeria, they’ll uncover the mysteries that lie below the depths.

In Subaeria players have no weapons or combat abilities and must learn to use their environment and enemies against one another to progress. The characters are only human after all, regular people struggling against a system that seeks to destroy them.

Players can manipulate both their character and a hovering companion, their Drone, to trick and influence enemies into defeating each other and themselves. Along the way, they’ll find many skills to upgrade their Drone and give them an edge needed to survive.

They’ll have to make strategic decisions in how they progress through the city and how they allocate their resources in order to survive long enough to witness the resolution of their characters’ story.