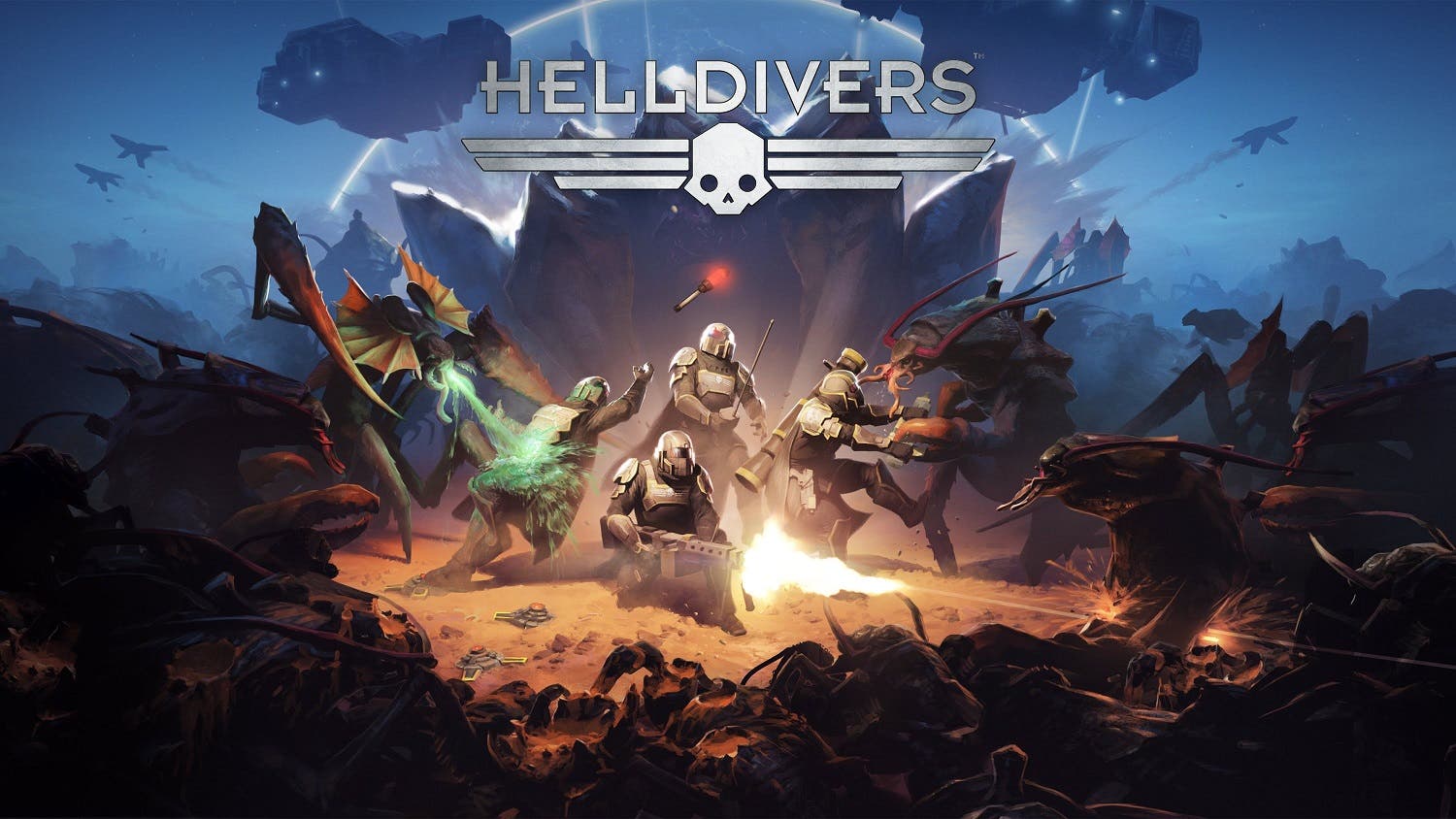 The base game Helldivers released back in March, and was met with positive responses, as many of Arrowhead Game Studios’ games have done in the past. Though, the game has friendly fire always turned on, making it an experience you have to be careful to not shoot or kill your teammate. Since then, the game has received updates, DLC packs, and expansions. Now, Helldivers Super-Earth Ultimate Edition is available and includes all of these in one pack. How is the Helldivers experience in this super collection? (It’s good, really good actually.) Any of those who have played Arrowhead’s Magicka on PC can attest to the type of difficulty and challenge found here. Helldivers is similar in nature, which is a twin-stick shooter that favors the hardcore side of things by making death almost a guarantee, and survival the reward.

This co-optional game allows you to play across multiple platforms of the PlayStation through PlayStation 4, PlayStation 3, and PlayStation Vita simultaneously. It is a game that is cross-buy, cross-save, and cross-chat. Anyone with a recent PlayStation system of some kind will not be left out and can join others. The inclusion of this cross-platform play removes barriers and increases the chances of finding players for online co-op. Earth at some point has become super, now called Super-Earth and the invasion of multiple threats like the Bugs, the “Illuminates”, and the Cyborgs all threaten the survival of humans as a race. You’ll often bring the fight to them, landing on their planet and performing a variety of tasks to stave off their invasion. You’ll have to hold out a position while you take it over, activate SAM (Surface to Air Missile) sites, and destroy nests. These tasks, while remedial in nature, is welcomed when you realize how fragile you are. What seems to be a simple objective can be thrown way off course when you alert enemies, so being able to complete those objectives and extract becomes a different story, as extraction zones do not open up until objectives are complete.

You see, everything can kill you, even your fellow Helldivers. You can be killed not only by the indigenous creatures, but killed by your own drops, by friend’s drops. Though you can use drops to your advantage, as to wipe out enemies rushing towards you, though those tend to be more accidental than on purpose. The fragility of you and those around you make it so you each step taken is a careful one, and that no gun barrel is every pointed in the direction of a friendly.

This gameplay has both positive and negative reactions. The positive is that it creates a meta-conflict that all players of Helldivers can participate in, whether online or off. The negative is that the influence points earned doesn’t feel like it matters when the points only add a little bit to the overall score. This non-traditional campaign is driven by the community, and swings like a pendulum depending on good or bad everyone is doing collectively. Each planet you land on for objectives is procedurally generated, so while the terrain may be familiar, the layout will not.

Despite not having your individual influence matter, it is great to see that all players are having some kind of impact on the game and the planets you can land on. Things happen with or without you, and you’ll be updated if you haven’t played in a while. The fact that the “Super-Earth doesn’t stop spinning” when you’re not playing help carries the fact that this game is constantly evolving and that war is constantly waging. When you first start the game, or complete a mission, you’ll be sent to your Ship, which is in orbit above the planet you last did a mission on. Here you can check multiplayer games to join, select a mission, or go over your armory of weapon unlocks, and view the encyclopedia to learn more about the things around here. This hub area is the only respite you get when playing Helldivers, so enjoy it.

Helldivers is absolutely playable and doable solo, but the missions have to be on the easy side until you are confident to be able to tackle the harder ones. It becomes imperative that you memorize the d-pad order for your stratagems as it will save time, as it also takes time for the item to deploy. If you get downed, you’ll need to tap ‘X’ to revive yourself. If you are fully out, other players must use a stratagem to revive you. You can use simple command callouts or voice chat to communicate. Stratagems are a vital part of Helldivers, they are a specific to a loadout that you specify. They are things you call down, like military support, turrets, ammo resupplies, or even used to pick-up fallen comrades. They are inputs you tap on the d-pad to initiate.

As you play and gain experience, you will level up. Though it just gives you access to more gear and stratagems, levels are mostly superficial, as they don’t relate to increased strength or power. Leveling also gives you access to cosmetic items to customize your helldiver. On the battlefield, you’ll find samples which after enough are collected, become research points for upgrades. Upgrades like the default Laser Aim is essential, if you don’t want to hurt your friends. Helldivers: Super-Earth Ultimate Edition is one of the best co-op experiences, as it can go from laughter to serious to sadness in a matter of minutes. This is the type of co-op that you talk about days after with your friends. Solo, it manages to also be a game where you tell your stories how you barely escaped while surrounded. Now, the base game of Helldivers certainly can get you by, but by either upgrading or purchasing this edition of the game gets you everything released thus far and will last you a long, long time. Helldivers: Super-Earth Ultimate Edition is worth owning, for both your time and your money.