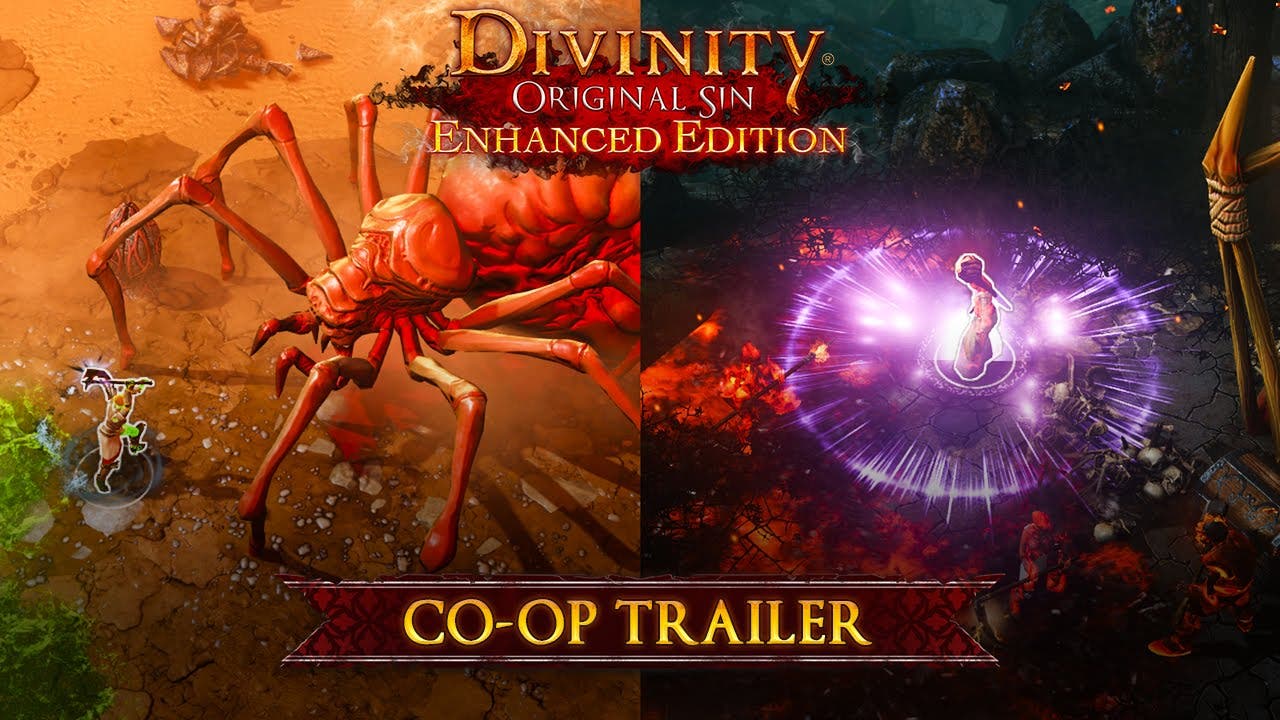 In a first for current generation consoles, Divinity: Original Sin is bringing splitscreen and online co‑op to RPGs. Larian Studios’ multi-award winner RPG (over 150 awards and nominations) RPG unveils all about its cooperative mode with the Co‑op Trailer of its Enhanced Edition, which is planned for release on PlayStation®4 and Xbox One® consoles next month. This new video accompanies the opening of the official website, on which you’ll find all relevant information about Divinity: Original Sin – Enhanced Edition!

Explore a deceitfully vibrant world on your own or with a friend, together or independently in the same playthrough. When venturing together, you’ll share the same screen-space (with console-comfortable controls and UI!), but move apart when playing locally, and the screen dynamically and seamlessly splits allowing you to explore the entire world apart, without loadings.

Cooperative play adds a whole new dimension to Divinity Original Sin; from the turn-based battles giving prominence to teamplay, to quest resolution, exploration, dialogues, and the critical choices that will shape your adventure. Should you kill the Orc, or the Elf? Or none? Or maybe both? There’s always multiple solutions to any given problem in Divinity: Original Sin, and it’s up to you – and your friend, when you play in co‑op – to decide how to progress in your epic adventure. Of course, dissension may arise from time to time… don’t panic! Divinity: Original Sin incorporates an innovative game mechanic, inspired by a real-life ancestral problem solving remedy… rock-paper-scissors!

Divinity Original Sin – Enhanced Edition will release on PlayStation 4, Xbox One and PC in October.