With Halloween just around the corner the Dungeon Lord is in fine spirits and in between raising morale in the Snot community (via a few swift slaps) and raising an army of the Undead, the Ultimate Evil has a special ghoulish treat in store. From Friday October 29th, Dungeons 2 fans will be able to download and play the new devilishly fun Halloween themed DLC ‘A Clash of Pumpkins’ absolutely free! Prepare to face new horrors including trigger-happy pumpkins, haunted forests and murderous penguins across three all-new, eerily beautiful combat maps; Scare Island, Ghostwood and Regicide.

If that’s not enough, the Evil One has also granted a first look at the ‘A Clash of Pumpkins’ gameplay in an exclusive Livestream on twitch.tv/kalypsomedia this Thursday at 16:00 GMT/17:00 CET/ 9 am PDT / 12pm EDT.

‘A Clash of Pumpkins’ will be available to download via the Kalypso Launcher, Steam and GOG (Mac App Store version to follow shortly) on October 29th for free. The original version of Dungeons 2 is available worldwide via Steam for Windows PC, Mac and SteamOS and boxed retail at participating retailers. 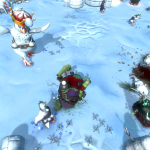 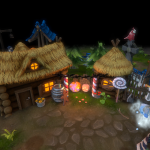 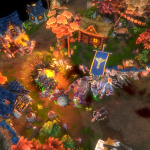 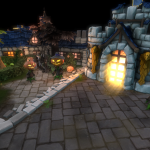