The game is described as not being an ordinary fighting game. Battles will take place in multi-stages and bosses will transform and even change fighting styles, so the player has to adapt each time. With what these screenshots show, it will be a game that looks to demand high dexterity and a cognitive ability to change your thinking of how to attack these bosses once the fighting style shifts.

The Game Bakers have worked on numerous iOS and Wii U games, and Furi will be their first foray onto PS4 and PC. There’s a lot of surprises for 2016 ahead, and I think Furi will be one of them. We look forward to covering more of Furi soon. 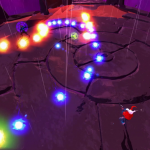 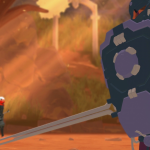