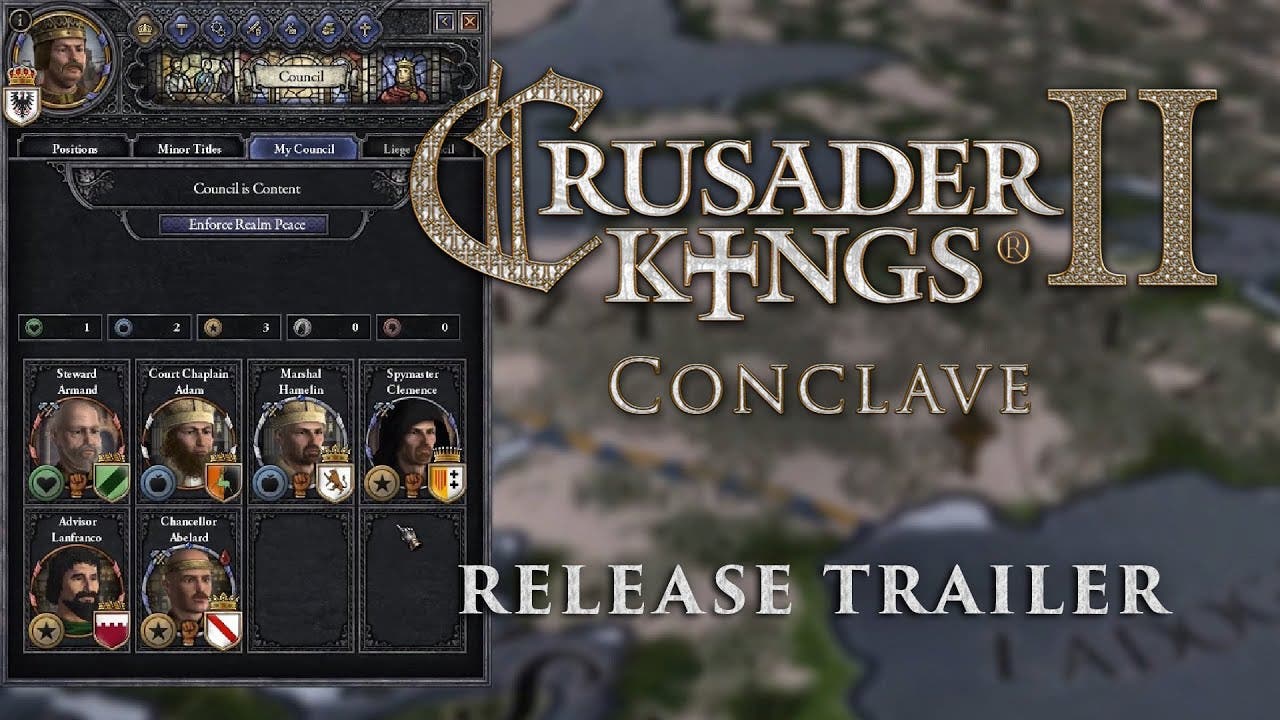 Once upon a time there was a king. He had amassed a large kingdom through the assistance and guidance of his wise councilors. Their skill, martial prowess and intelligence were guided by total loyalty to the king’s royal will. But these men, all drawn from the most powerful nobles in the realm, were not immortal. Now their equally powerful children hold their fathers’ seats, and they seem to have ideas of their own.

Crusader Kings II: Conclave, the newest expansion to Paradox Development Studio’s critically acclaimed medieval grand-strategy game, is now available at major digital retailers and the Paradox store. This expansion focuses on the internal dynamics of managing a realm with powerful vassals demanding to be heard on the royal council.

And, we’re releasing a new content pack – the cleverly named Crusader Kings II: Conclave Content Pack, to bring you new cosmetic changes to your game including world wonders, new portraits for some nations, and some new unit designs. It is sold separately.

And, as usual, whether you buy Conclave or not, the release is accompanied by a free, major patch that will improve Crusader Kings II for everyone.

So raise your banners. The council is in session.