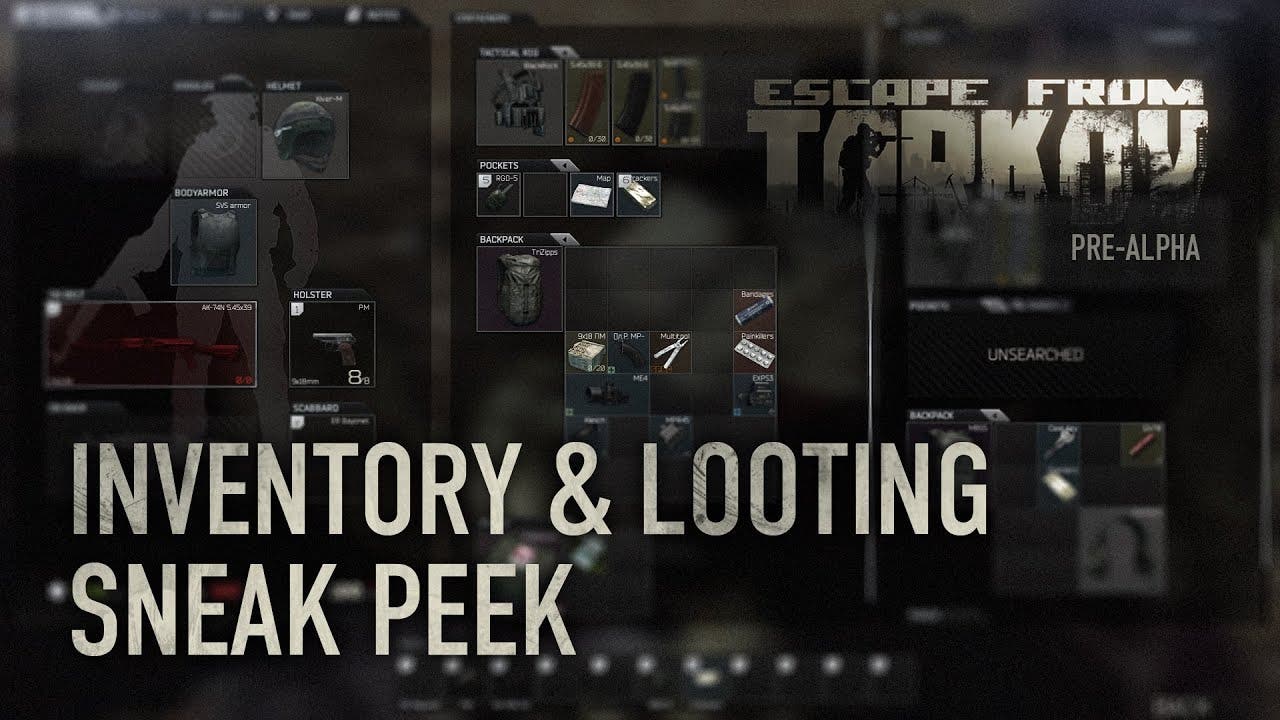 Battlestate Games, the creators of hardcore online shooter Escape from Tarkov, today shared their Inventory and Loot video, giving insight into the game’s classic inspired slot-based inventory and looting system. Featuring pre-alpha in-game footage, the video shows you what inventory looks like in the current build of the game, how loot drops work and what gear is available.

Escape from Tarkov delivers seamless pick up of loot with easy organization and modification within the inventory system. All aspects have been created to closely mimic the look and feel of a real professional mercenary embroiled in war-torn conflict to reinforce the hardcore realism of the game.

Did you miss Escape from Tarkov’s intense announcement trailer?! Watch it now: youtu.be/IPlnHe9l34E

Escape from Tarkov is a hardcore online game that combines FPS/TPS with RPG elements. The game events unfold in the sealed off Russian city of Tarkov, which has become a scene of a local conflict between two private military companies. As a hazardous environment combat simulator, the game uses multiple system modules for ultimately immersive gameplay and a complete feeling of reality. The closed beta-testing of Escape from Tarkov is planned for 2016.