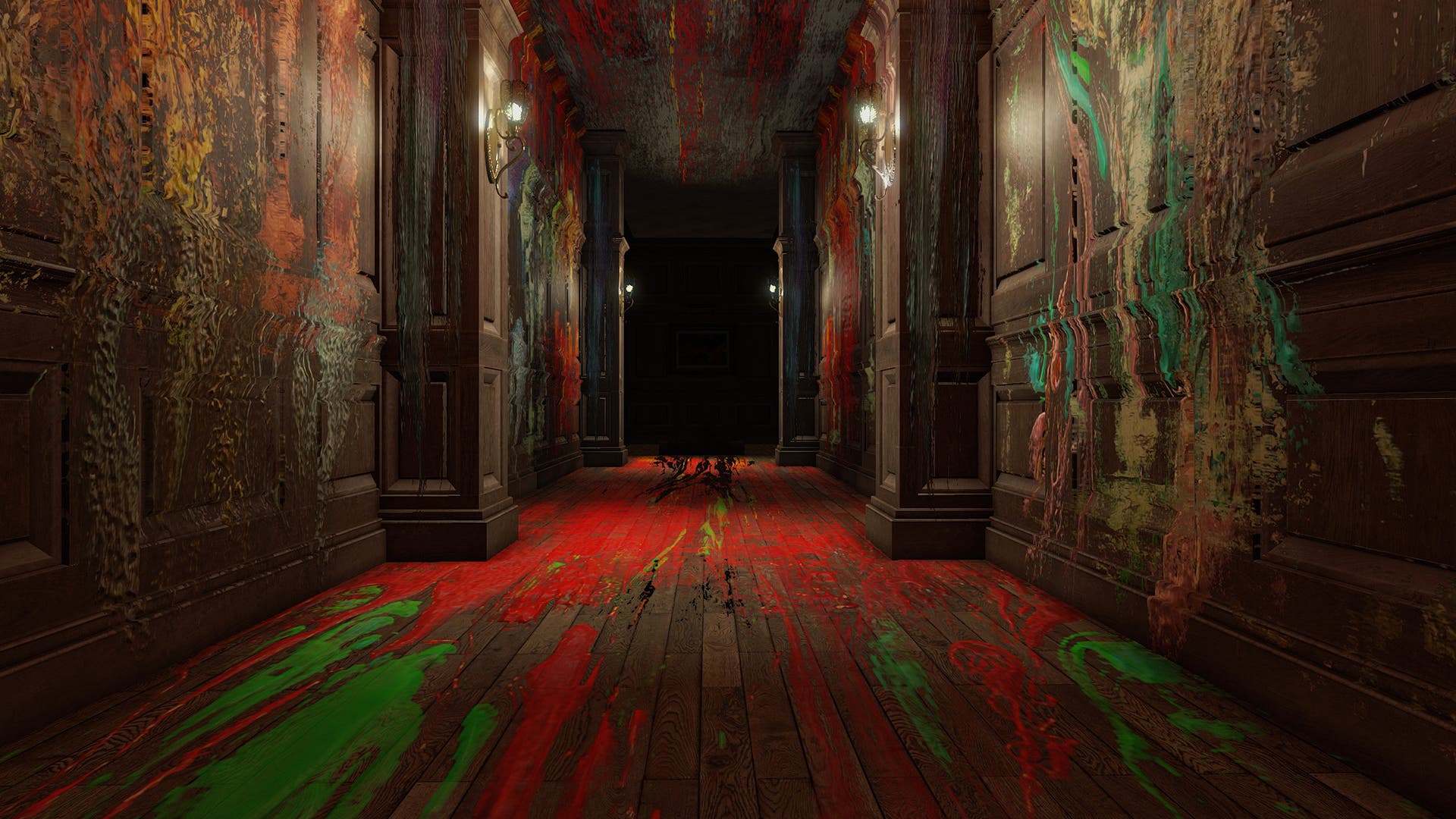 A block in creativity whether it be writing, art, or even music, can be enough to drive anyone mad. Layers of Fear from Bloober Team SA does a decent job at exploring mental illness with a horror backdrop. Layers of Fear is a unique, gorgeous, scare-a-minute thrillride that’ll have you on-edge the whole way through, but disappointingly lacks any kind of sophisticated scares, or with the type of finality where the player has actually learned something by the game’s conclusion. Layers of Fear fades into the first-person view of the entryway to a 19th century Victorian mansion for you to explore. The atmosphere once you’ve set foot in this home is a bit clichéd in that it almost could be prefaced with “it was a dark and stormy night” – which this is, but yet remains effective with thunder, lightning, rain, and howling winds as you walk around. As you rummage around this person’s house, there’s an overwhelming sense that you don’t belong and will be caught. Your character is hobbling around, and it isn’t long after starting that you learn that you are the master of the house. He has returned to work on his magnum opus, from this renowned artist.

This unfolding mystery of Layers of Fear is like a guided tour through a haunted mansion. The sense of dread removed once you realize this is more about a psychological trip through a house to learn what has transpired than survival. The tension remains high throughout, thanks to the many scares and unknowns. Major story points are delivered through narration, but often the narration is subplanted with notes, drawings, and supernatural things happening in front of you. Gameplay will seldomly ask you to solve some puzzles that are not very difficult, or more often invite you to find a hidden object before you can progress. Outside of that, Layers of Fear does not obstruct progress. Layers of Fear is rather jump-scare heavy, too. Sometimes you’ll be lucky and the game will telegraph a jump-scare by a minor sound followed by a minor one, but it gets you good when it says “don’t turn around” and you do. The scares are best when there’s nothing happening, and the lights go out, and you have to frantically turn them on – but there’s nothing there and nothing ever happens. You even get paranoid about other objects that might animated, but never do. The maddening elements kick-in when rooms are twisting, turning, melting, or collapsing, rooms are not what they used to be. Then you often get into a room and are seemingly trapped, you’ll have to look around, open doors several times, look up, or something to trigger the next visual trickery.

There’s a constant slamming of doors and babies crying to invade your dreams and turn them into nightmares. With some gentle piano and other music to level out the terror, the sound design is top-notch. Layers of Fear looks amazing too, with the way the paint is splattered about, objects are lit, and overall aesthetic, it’s like a Victorian P.T. I did notice some occasional framerate drops, but they don’t ruin or hamper the experience. It’s a gorgeous game to walk around and explore, and its very design allows that without any impedance.

Layers of Fear makes you feel like you’ve been locked away inside this house and letting the madness take over. Clocking in at just over two hours, Layers of Fear doesn’t overstay its welcome, I was able to see it through in just one sitting. With the way the game is structured, there are collectibles that can be missed, which forces unnecessary replayability for completionists. The story was interesting and gripping, but failed to satisfy fully. With doors and hallways that appear and disappear when you look away, the psychotic goings on in Layers of Fear are ones that need to be seen to be believed.