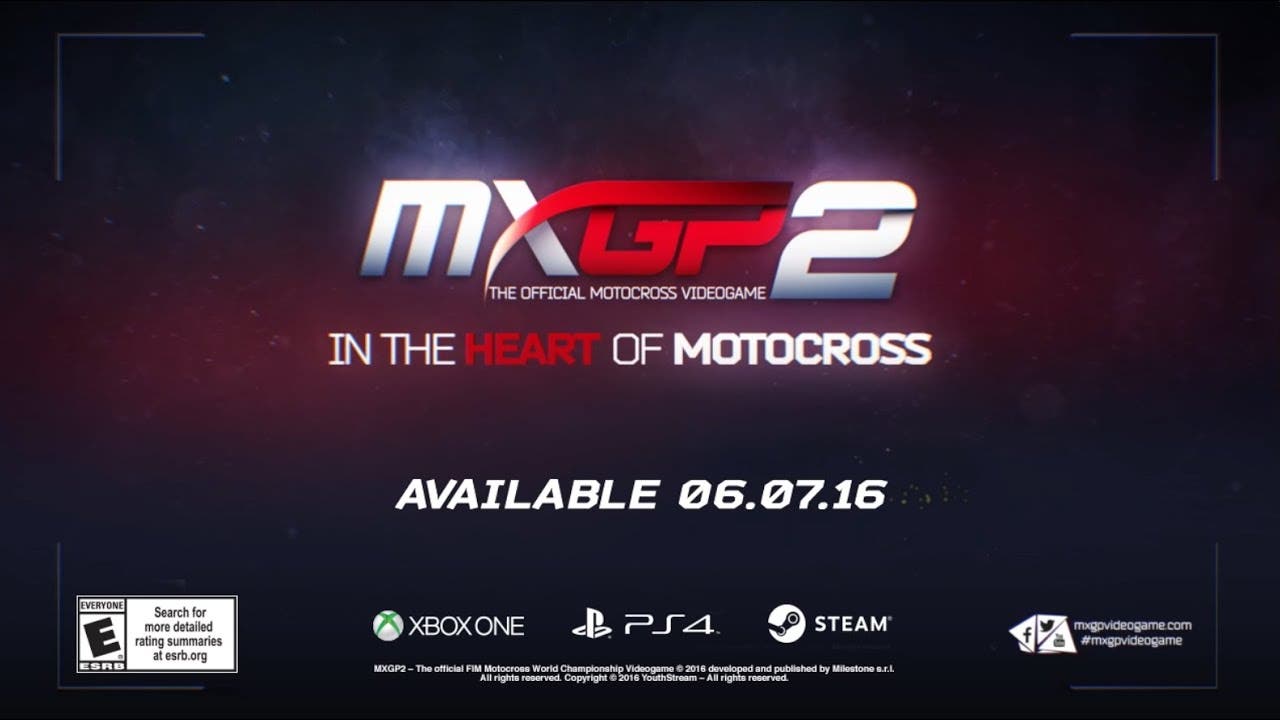 MXGP2 – The Official Motocross Videogame coming to PC at the end of March, consoles in June

Embracing the adrenaline, speed and daring maneuvers of motocross racing, Square Enix® and Milestone S.r.l. today announced that MXGP2 – The Official Motocross Videogame will be released throughout North America and Latin America for Windows PC/Steam on March 31 and for PlayStation®4 and Xbox One® on June 7.

Built with motocross authenticity from licensed motorcycles, real riders and tracks, MXGP2 brings the excitement of challenging other riders while embracing a fast, powerful motorcycle on mud-forged hills. Players take on circuits in a quest to grab hold of the world title at the Netherlands MXGP. The game includes both online and offline modes, vehicle and rider customization and indoor arena events.

“MGXP2 takes our success in motorcycle video games to the next level, delivering the intense thrill of the sport with the realism of global motocross racing,” said Luisa Bixio, vice president, Milestone. “Motocross fans, racing video game players and casual players will embrace MGXP2 as a fast, action heavy and mud-flying experience.”

Among the modes, the career mode lets players enter circuits to be crowned as the international champion. The complete 2015 roster in the game includes Romain Febvre, Ryan Villopto and eight-time world champion Tony Cairoli.

With 18 official tracks from the 2015 FIM Motorcross World Championship, players compete all over the world, including the United States, Mexico, Argentina, Italy, Germany, France, Spain, Qatar and Thailand.

Included in the game is MXGP of Patagonia Argentina, awarded best track in its 2015 debut. Located in Predio Los Cohiues Rugby Club, the track was designed by Lucas De la Fuente, a former motocross rider. The terrain and its innovative design will give players the chance to experience the true emotion of motocross.

MXGP2 will be available for download and at retail with a suggested retail price of $59.99 in North America.