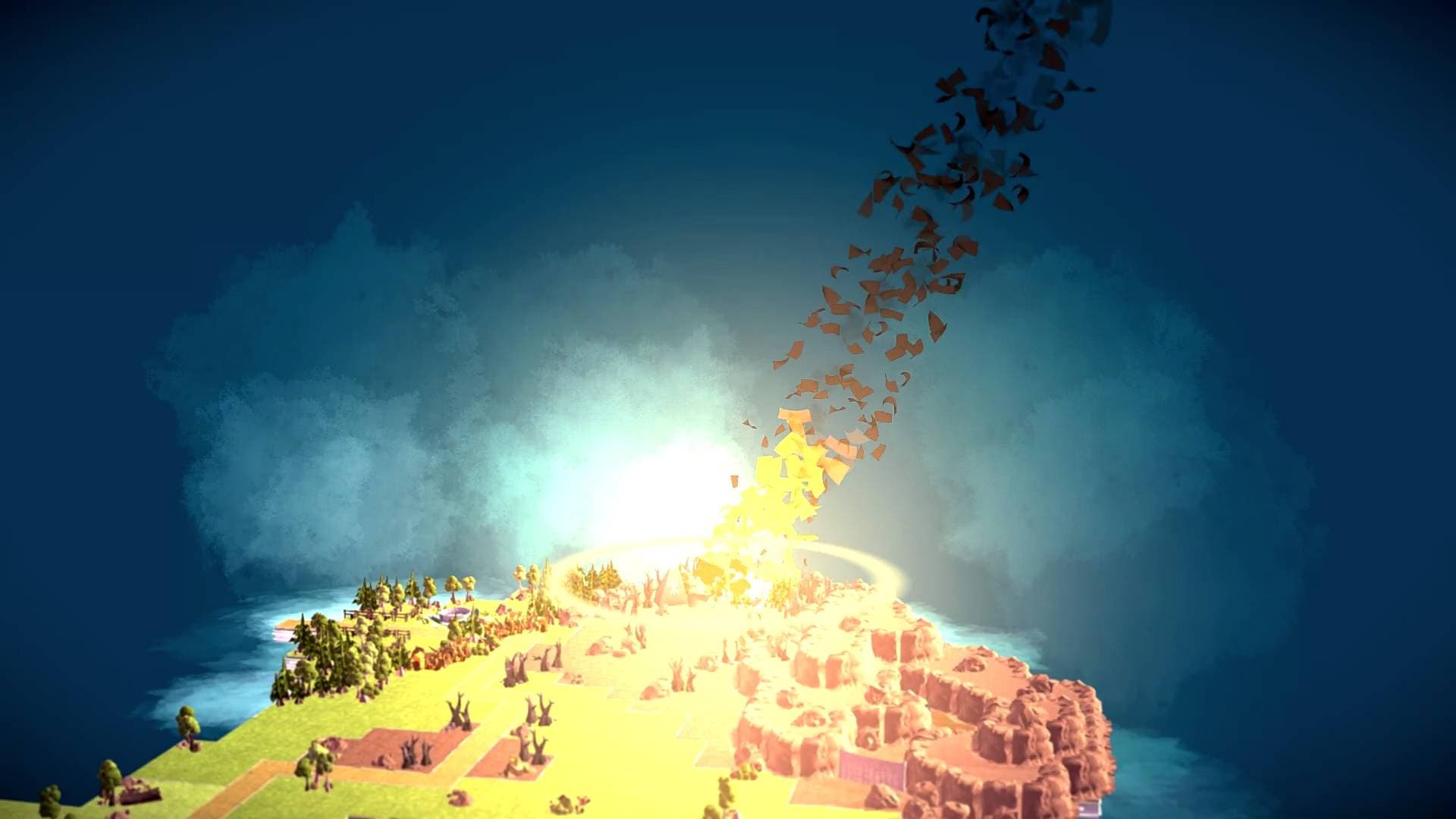 Epistory, the typing adventure game is now available on Steam

Epistory, an atmospheric adventure with a distinct origami aesthetic, is now available through Steam for Windows, Mac and Linux. The first half of the beautiful game which received an IGF honorable mention for Excellence in Visual Arts was previously available via Early Access, while today marks the debut of the final two chapters.

Players guide a girl riding atop a three-tailed red fox on an epic journey to discover the source of an invasive darkness taking hold in a once pristine land.  As Epistory‘s narrative progresses, its papercraft world literally unfolds before the player, revealing lush forests, ominous dungeons, scorched plains, frozen temples and lost cities.

Magical abilities derived from four elemental types are discovered during the adventure, and they enable the heroine and her companion to navigate these treacherous landscapes. Freezing an enemy with ice magic will lock them in place and allow players to deal with other threats, while fire magic will burn through enemies and obstacles.

Dynamic difficulty scaling allows everyone to enjoy the experience. Younger players will rarely encounter challenges they can’t overcome while adults who use a keyboard all day will notice phrases will stack and grow in complexity as they prove their proficiency.

Experience earned by toppling obstacles and foes can be used to upgrade character and magic-specific abilities. For example, players can improve the protagonist’s agility, or make the fire magic quickly burn through the next term in an enemy’s chain of words.

Epistory has two game modes. The core of the game, Story Mode, allows players to piece together the narrative shared by the heroine and her companion in the mysterious world. Those searching for a competitive challenge can battle for the top spot on the leaderboards in Arena Mode, an endless fight against an onslaught of enemies.

“Our synergistic approach to storytelling and the visually stunning land in which Epistory takes place is unlike anything gamers have ever seen,” says Bruno Urbain, CEO, Fishing Cactus. “Our origami world literally unfolds in unison with the plot, creating a truly one of a kind experience.”