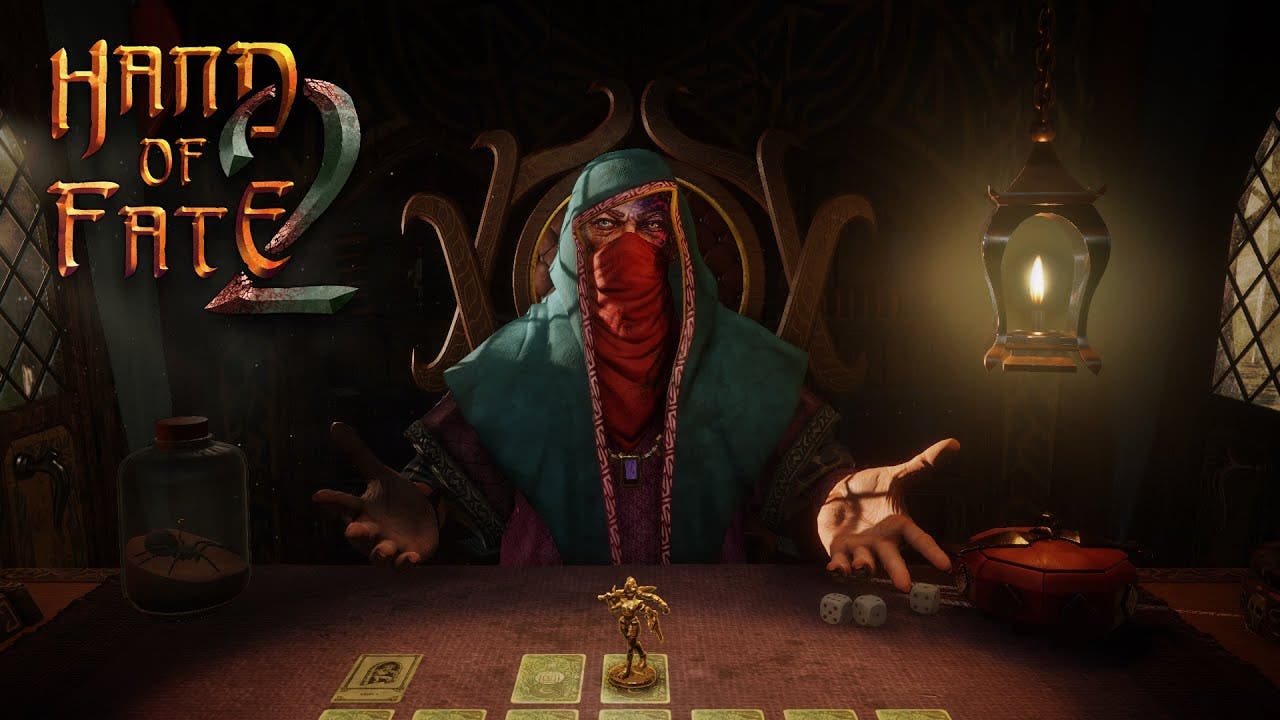 Defiant Development announces Hand of Fate 2, due in 2017

Hand of Fate 2, the sequel to Defiant Development‘s hit title with more than 1.9 million downloads, will shuffle a wealth of new tricks into its deck when it debuts on Windows, Mac and Linux in Q1 2017.

Like the original Hand of Fate, the sequel will require players to overcome trials built from collectible cards handed out by the dealer.  A new map based meta-game allows players to discover and unlock those challenges in completely new ways. Gamers are tested through third-person combat, dangerous exploration, tense minigames, deck-building and Dungeons & Dragons-style decisions.

Although players previously faced the dealer’s traps on their own, adventurers can earn and fight beside companions in Hand of Fate 2. Companions offer support in combat, provide exclusive options in the RPG portions and the board game sections, in addition to having their own storylines.

Among the new cast of allies is Malaclypse, a mage masquerading as a bard to hide from the Empire’s ban on magic. Malaclypse provides ranged attacks and shield spells in combat, and allows rerolls in certain board game segments.

The aide provided by companions will be useful against Hand of Fate 2‘s new enemy types, which are once again united by card suits. The Steel suit is comprised of well-trained Imperial forces, while the Blight suit threatens players with corrupted, mutated men.

Claiming victory in Hand of Fate 2 will now be more complex than reaching the end of a deck; players will have to conquer specific feats like surviving a 10-level descent or saving up 300 gold before advancing beyond a dungeon.  Objectives in combat will also now vary beyond defeating all foes, such as defending a goblin from endless waves of soldiers for 60 seconds.

Equipment in Hand of Fate 2 will also get a major upgrade, including the additions of two-handed and dual-wielding weapons.  While the board game portion will have all new challenging cards, powerful cards which provide favorable encounters will also be added to the mix.

The dealer, Hand of Fate‘s magical antagonist, will make his return in the upcoming sequel despite being defeated in the first game. After the player’s victory in Hand of Fate, the first game’s protagonist took control of the world and outlawed all magic in order to maintain his rule. In Hand of Fate 2, the dealer will train our new heroine 100 years after the events of the original game so she can defeat the original game’s protagonist, who now thrives as a villainous tyrant.

“Hand of Fate demanded players prepare themselves for any possible outcome with each overturned card,” said Morgan Jaffit, director at Defiant Development. “With the new mechanics we’ve added into Hand of Fate 2, even players who mastered the first game will once again be challenged by the luck of the draw.”

For more information about Hand of Fate 2, or to add to your Steam wishlist, visit: http://store.steampowered.com/app/456670