Defiant Development sees days of gaming in the cards for action RPG and collectible card game fans, as the Kickstarter-funded title Hand of Fate is now available on Steam Early Access. The finished game will be coming to PS4 in Q4 2014 and PS Vita in Q1 2015.

In Hand of Fate, players collect equipment, items, artifacts and enemies as in-game collectible cards in a card based RPG; then play their deck, bringing to video game life a beautiful 3D world in which gamers make difficult decisions.  Sometimes their choices have unexpected consequences and players must crush their foes utilizing a third person action-adventure combat system. The more bosses a player defeats, the more cards they obtain.

Players must tread with caution as Hand of Fate incorporates rogue-like elements.  If a gamer dies before defeating a level’s boss the player must start from the beginning of that stage in their next play through.  Each subsequent play through is unique as levels are procedurally generated via luck of the dealer’s draw. Inspired by tarot cards and fantasy games, Defiant Development seamlessly blends tabletop card gaming with their favorite videogame genres.

“Hand of Fate combines the furious fast-paced action of button mashers with fantasy and role-playing elements that anyone who has ever picked up a 20 sided die will recognize,” Morgan Jaffit, Director, Defiant Development, explains.  “Anyone who falls in the cross section of PC gamer and board or card game enthusiast will have more fun playing Hand of Fate than a Game of Thrones fan reading the manuscripts of the two unreleased books.”

The Early Access build of Hand of Fate is now available for PC, Mac and Linux on Steam at a discounted price of $25 USD, with the final release planned for Q4. 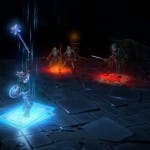 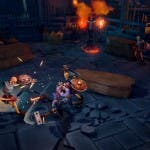 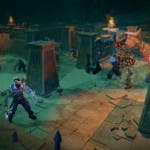