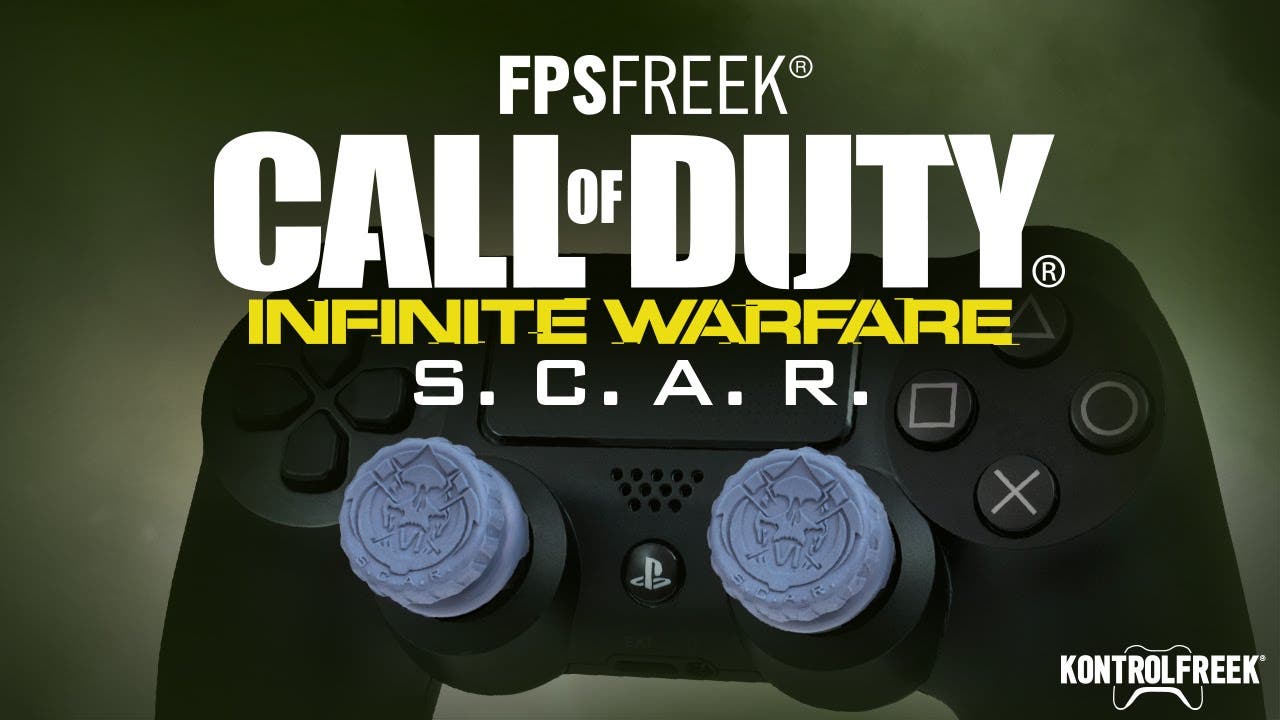 FPS Freek S.C.A.R., short for Special Combat Air Recon, embodies the spirit of its namesake elite military team that is featured in Call of Duty: Infinite Warfare. The limited-edition thumbsticks were created to celebrate the announcement of the highly-anticipated video game and are the first licensed merchandise available for purchase for the game.

Crafted with Call of Duty® players in mind, the patented two-piece KontrolFreek thumbstick snaps onto and raises the height of stock controller thumbsticks by 10.4mm. This increases the user’s range of motion by up to 136 percent and makes aiming and small movements easier during gameplay, improving accuracy and control. In a national 2015 survey conducted by Customer Centric Strategy, respondents reported an average 26 percent increase in their KDR while using KontrolFreek products.

This must-have Call of Duty accessory features the S.C.A.R. team’s intricate skull logo, laser-etched into a steel-blue rubber-like compound. The concave top cradles the thumb for optimum comfort, and the external ridges enable precise grip and control. After a watershed partnership year in 2015, KontrolFreek is thrilled to introduce this product as part of its 2016 collaboration with Activision, and foresees continued success with its licensed products.

“Our partnership with Activision last year was extremely successful,” said Ashish Mistry, President and CEO of KontrolFreek. “KontrolFreek and Call of Duty have many of the same fans, so it was no surprise that our licensed products flew off the shelves in 2015. Knowing how much our community is anticipating the new Infinite Warfare game, I know that they will share our excitement as we launch our first joint product of 2016.”

FPS Freek S.C.A.R. (Special Combat Air Recon) is available for PS4 and Xbox One at GameStop and BestBuy stores in the U.S., as well as at KontrolFreek.com and through select international retailers, such as GAME UK, FNAC Spain and more.  The suggested retail price is $17.99.