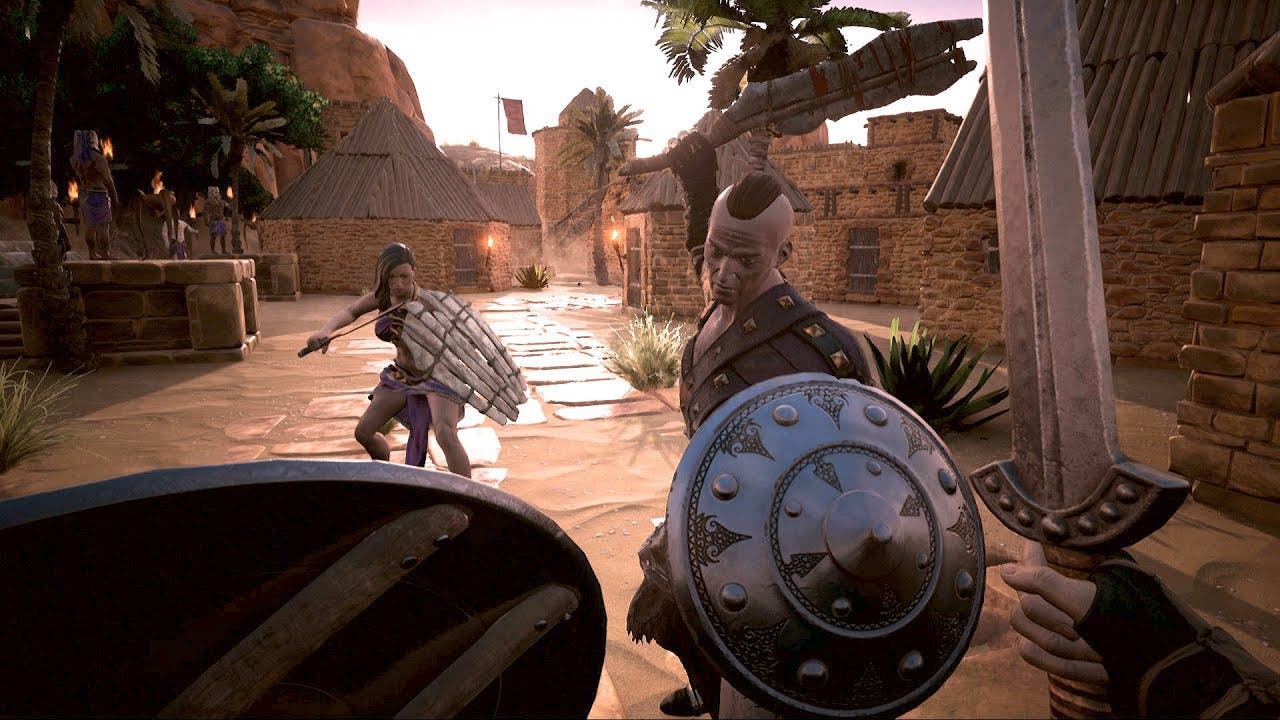 Funcom, the independent developer and publisher of computer and console games, today announced that the company’s open-world survival game ‘Conan Exiles’will enter into Early Access on September 13th, 2016. The company cut the ribbon to the official Steam page today, where Early Access will kick off, with full launch on PC and consoles to follow. The company also released the first ever trailer featuring pre-alpha gameplay footage, finally giving fans a glimpse at how the game looks in motion. The video is available in eight different languages.

“We’re very excited (and a bit nervous) about launching our first Early Access title,” said Funcom CEO Rui Casais. “The team wants to give the players the best possible experience, and while we are used to working on a game for several years before letting players in, this time around we will let players in just nine months after development started! As with any Early Access games, some features and content will be more finalized than others, and players will be able to help us focus on what’s important to them so that we can improve the game and flesh out content and systems before full launch.”

‘Conan Exiles’ will first become available as an Early Access title, meaning certain content and features will be more complete than others when first available. Over time Funcom will work with the community and players and focus on what is important to them when deciding what to improve, what new mechanics and content to add. Players can expect the game to improve significantly over the course of the Early Access period, on everything from graphics to content and systems.

Conan Exiles is an open-world survival game where players are cast into a barbaric wasteland where the weak are crushed and the strong survive. Here they must survive, build, and dominate on their own or in multiplayer on public and private servers. Players will get to explore a vast, seamless world full of dangers and rewards, and they must harvest resources to craft weapons, tools, and even buildings and entire settlements. The game features bloody, visceral combat and will see players clash in epic fights for domination of the barbaric lands. The game is set to enter Early Access on September 13th, 2016, with full launch on PC and consoles to follow.

Yesterday Funcom announced that the company will be working closely with NVIDIA to ensure cutting-edge graphics in ‘Conan Exiles’, and to co-promote the game through NVIDIA’s “The Way It’s Meant to Be Played” program. You can find the full press release on www.funcom.com.