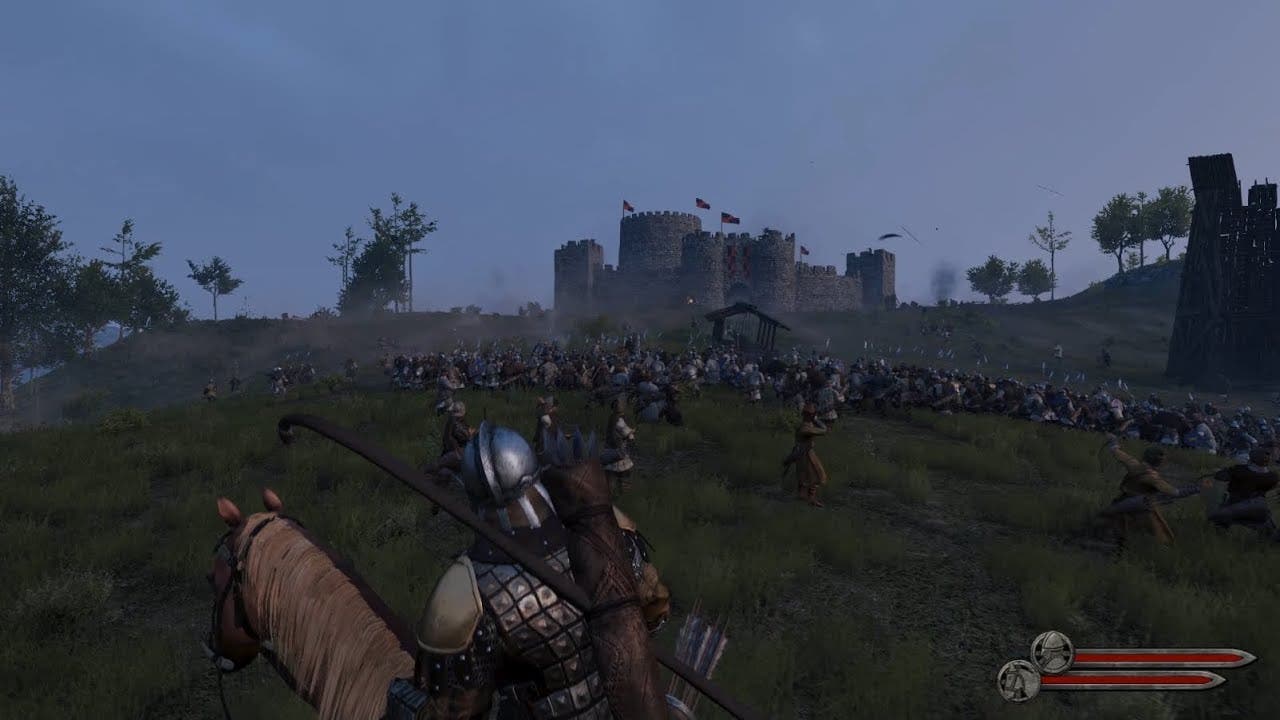 Players will have the chance to take part in authentic medieval sieges, utilising a variety of siege weaponry, including ballistae, catapults, siege towers, battering rams and more. A variety of castles, that not only look realistic, but function as defences, making use of flanking towers, choke points and murder holes, which work just like those in reality.

Destructibility and fire damage create dynamic environments, which players can manipulate to their advantage. But intelligent AI will do the same, adapting while attacking and reacting to threats in defence.

In addition, this is the first look at the Sturgia faction in Bannerlord. The Sturgians occupy the northern forests of Calradia, preferring to fight on foot, with swords and axes. Fearsome helmets cover their eyes, giving them a demonic appearance and they excel in close-quarter melee combat, fighting in cramped towers and atop ramparts.