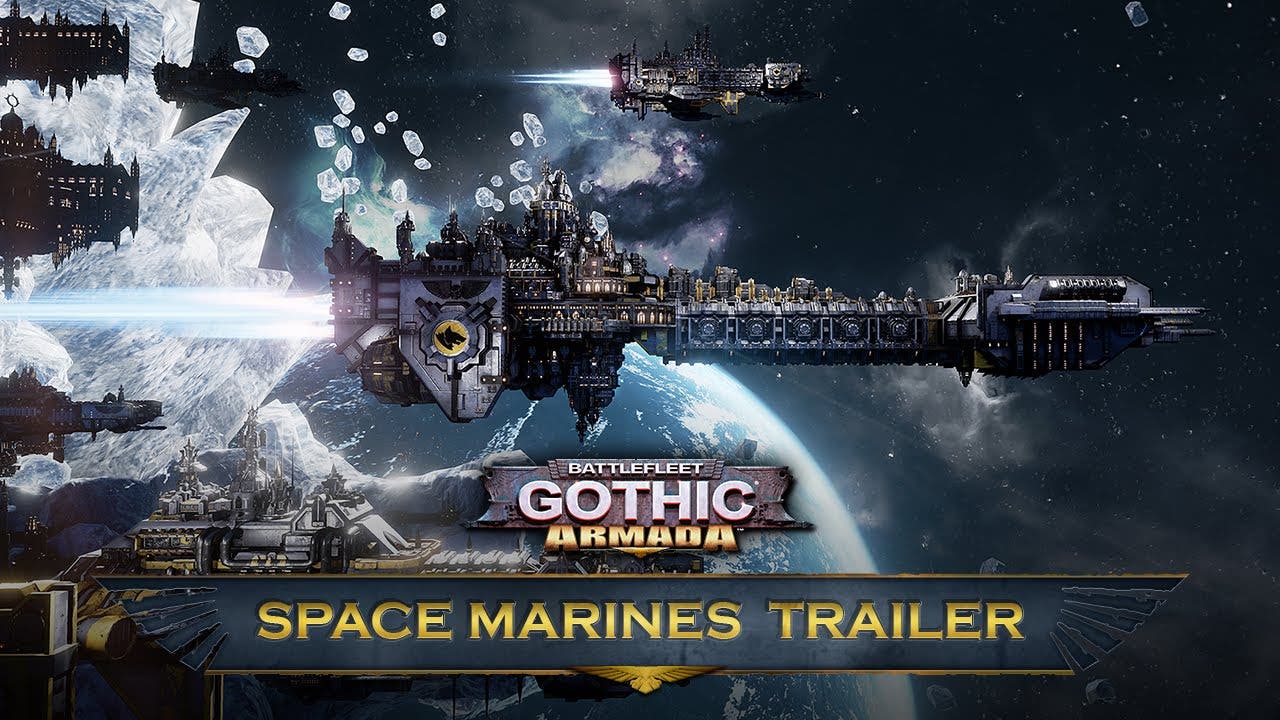 The Space Marines are the greatest of humanity’s warriors, fierce soldiers that have been subjected to intense training, genetic modification, and psycho-conditioning. Their fleets are experts at close-ranged battles, sporting well-armoured ships and specialize in aggressive boarding techniques. In addition, they have access to two unique faction traits which makes them immune to insubordination mechanics and gives them the ability to prioritize their attacks on different subsystems when boarding.

The Space Marines DLC includes 5 different Space Marine chapters. The past week, we introduced you the Dark Angels and the Space Wolves. This week, we’re unveiling more about the Ultramarines, the Imperial Fists and the Blood Angels.

The Ultramarines pride themselves on their strict adherence to the Codex Astartes, and view themselves as an example for all Space Marines Chapters. To the Ultramarines, the Codex is more than a set of rules, it represents discipline and respect for order. They are among the best warriors of the Imperium.

The Imperial Fists are recognized to be among the most loyal Chapters to the Emperor and have been instrumental in holding the Imperium together during the bleakest of times, with renowned stubborn resilience. They are Siege Warfare specialists, a title exemplified with their role in leading the defence of Earth, which gave them the title of “Defenders of Terra”.

The Blood Angels are a Chapter known for their impressive bloodlust, and an occasionnal deadly rage, but also for their keen aesthetic skills and their exceptionnal longevity, even for Space Marines. Their Chapter Master, Dante, is more than a millennia-old, and leads his Chapter wisely and with exceptional efficiency.