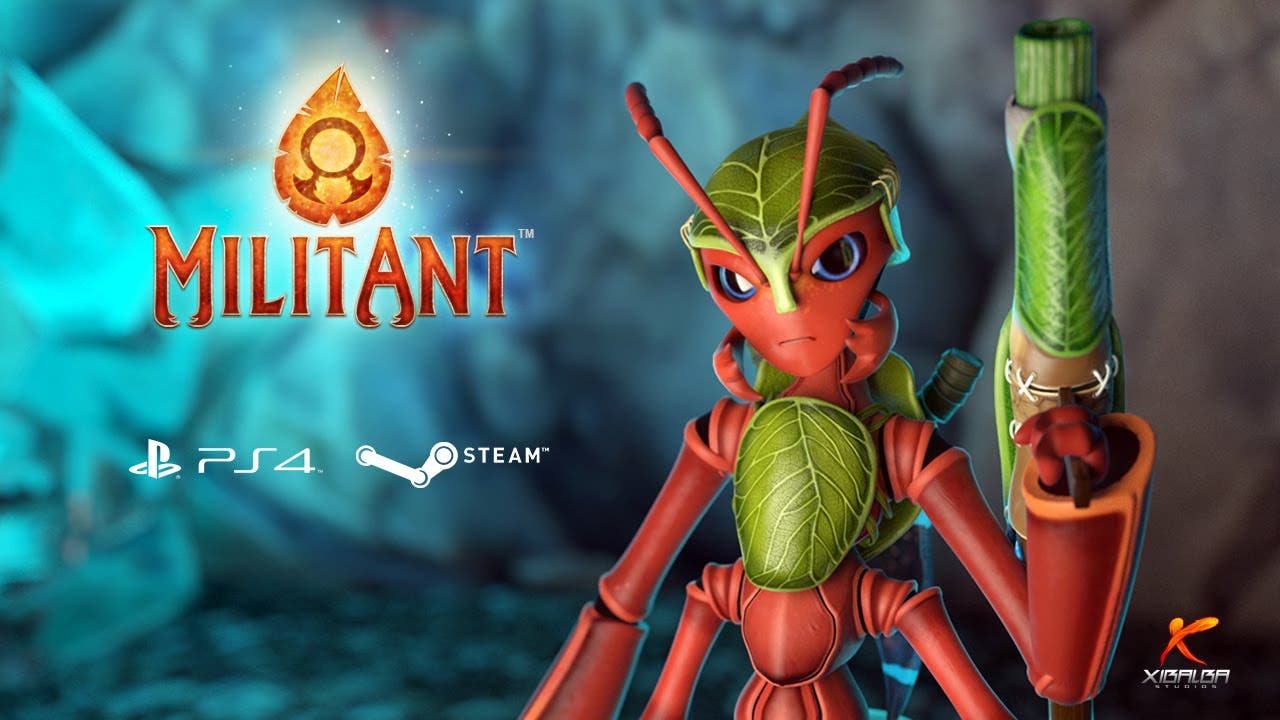 Created by Xibalba Studios for the PlayStation®4 and PC (Steam™), MilitAnt is a fast twitch side-scrolling blastacular action platformer that launched worldwide today on Steam. Its PlayStation®4 version hits the US today while the European invasion is set for July 14. The PlayStation®3 and PlayStation®Vita launches will be announced at a later date and will support Cross-Buy and Cross-Save with PS4.

“We are proud to launch MilitAnt on PS4 and PC. MilitAnt is the type of shooter armed with nostalgia and advancing difficulty. It should feel both familiar and completely exotic at the same time. Most importantly, MilitAnt brings the fun back into side-scrolling shooters, which has been sorely missed recently,” said Ricardo Villarreal, CEO, Xibalba Studios.

In MilitAnt, you play as an Ant. Deep underground, the Ants guard Crystalite which is the most precious resource. It is the chief fuel behind most modern Insect technology, from day-to-day tools to advanced weaponry. Fair trade among the many kingdoms has brought about long years of peace and prosperity, but there grows tension over the resource with some factions wanting to control it. The more envious factions have been gaining influence. War looms on the horizon.

MilitAnt opens with a sudden invasion. Termites have overrun the Ants’ colony! All seems lost. And yet, one brave Ant warrior (you) rises to the challenge. From the familiar depths of the colony’s mines, you must venture into the strange world above. When not soaring through the sky or visiting the Beetles’ mysterious realm, you’ll find yourself escaping from the jungle or being stalked in a bleak wasteland: each stage of the journey is beautiful yet dangerous, exotic and unique. Massive bosses stand in your way, each with an amazing battle theme composed by award-winner Gerard K. Marino.

In MilitAnt, players can gather quite an arsenal, from flamethrowers and sentry guns to electric beam rifles and more! And as an Ant, the warrior can carry weapons in all four hands. Preparation is key: only by unlocking and equipping the best combinations in each situation can he win victory and save the colony.