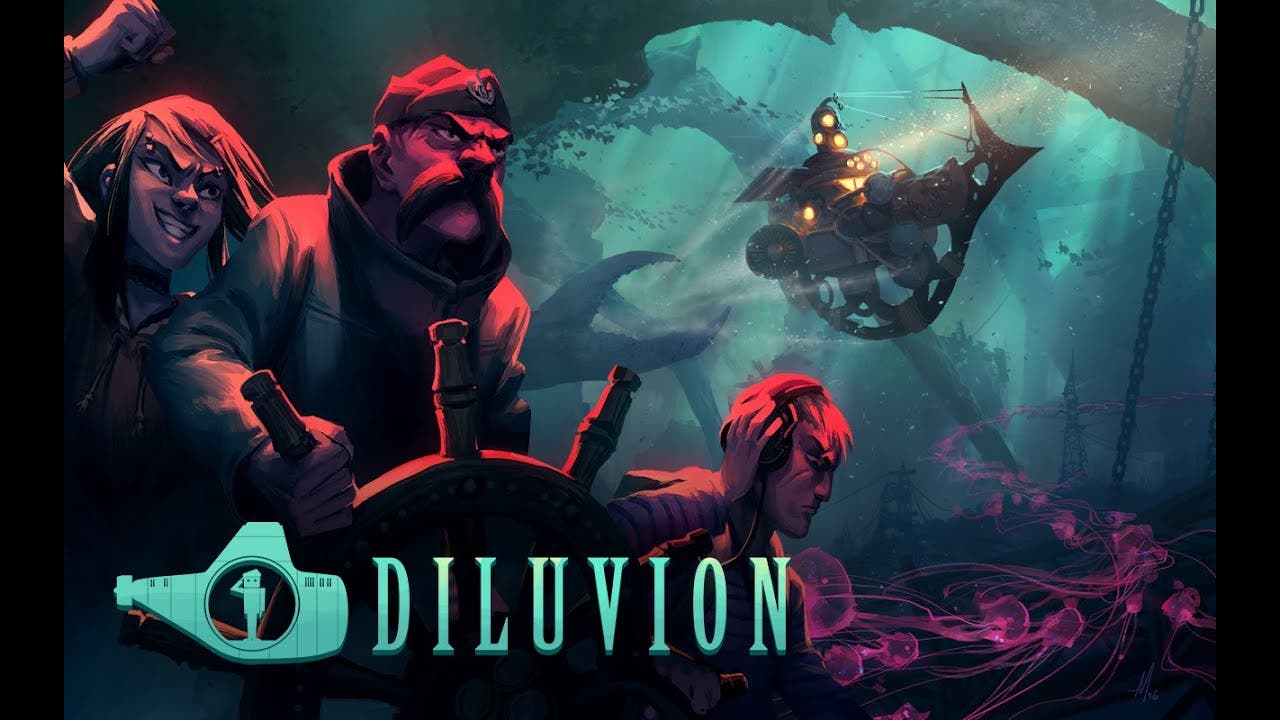 Gambitious Digital Entertainment has announced it is partnering with independent developer Arachnid Games to publish the deep sea action and exploration game Diluvion. Inspired by the imaginative works of Jules Verne and the ship-to-ship combat of classics like Wing Commander and Freelancer, Diluvion puts players in command of their very own submarines in a vast, open world of forbidding ocean.

After a great flood devastates the world and its civilizations, humanity’s last remnants are left to struggle against each other for limited resources and survival beneath an impenetrable layer of permanent ice. As submersible captains, players must explore the uncharted reaches of the open sea, brimming with distinct harbors, factions, mercenaries and secrets. Salvage treasure and supplies from wherever possible, trade goods and bounties, battle enemy vessels in real-time 3D action and take on gargantuan creatures from the darkest depths of this beautifully realized aquatic realm.

Managing the nine uniquely equipped submarines available is a central challenge of Diluvion’s thoughtful and gripping gameplay. Players can recruit officers of varying skill sets and personalities from ports around the sea to helm the different battle stations of their vessels. Ships can be enhanced with new weapons to change the tide of a firefight, as well as new components to increase their range and survivability. Captains can even build and upgrade their own home bases of operation beneath the ice to house stand-by crew members and subs while increasing their notoriety and wealth.

Diluvion is expected to launch this fall on Windows PC and Mac via Steam.