Thomas Paine wrote that laws get their force from the consent of those who agree to live under them. It is in this spirit of that Paradox Development Studio continues expand and improve Europa Universalis IV, with the upcoming Rights of Man.

This expansion to Paradox Development Studio’s best-selling historical strategy game introduces a number of small changes that add up to a deeper and more dynamic experience. Near the top of this list is the Great Power mechanic, where the most developed nations have access to new diplomatic options to bully or entice weaker neighbors. Keep that development going, or lose the powers you paid a high price for.

Rights of Man also adds a little more character to your monarchs, as they acquire traits that will give bonuses (or penalties) to your country, and affect how rival nations approach you. Beware the conqueror next door, but be nice to the generous king across the river – he may have some gold to spare in your time of need.

Other features coming in Rights of Man include:

As usual, the release of Rights of Man will be accompanied by a free update for all Europa Universalis IV players – and this one will have the first major overhaul of the technology system since launch. 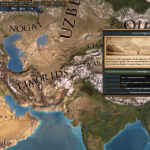 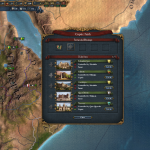