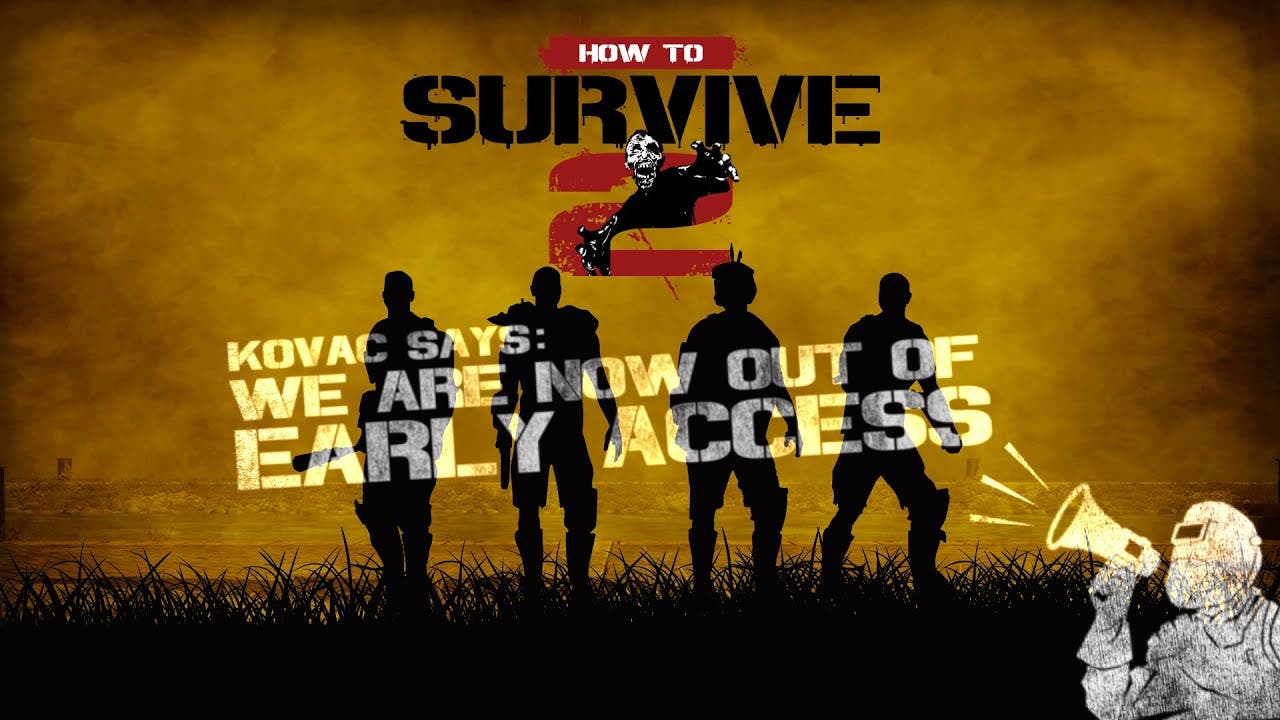 How to Survive 2 survives Early Access for Full Release today

505 Games and Eko Software announced that HOW TO SURVIVE 2, the cult zombie co-op crafting survival game, will see its full release on Steam today.

Sequel to the muti-million selling How to Survive, the latest installment entered Early Access in October 2015 and has seen hundreds of thousand of players joining the comunity to help shape this fun action packed adventure.

Set 15 years after the first game, players find themselves in Louisiana, over-run by the Zombie infestation, and must team up to survive. Scavenging resources and handcrafting their own tools and weapons, building a safe camp and meeting the colorful characters that populate the areaincluding series’ favourite, Kovac, masked stranger & author of the ever present survival guide.

How to Survive 2 is available on Steam now at $14.99 and you can chop 40% off the price if you buy it during its first week!