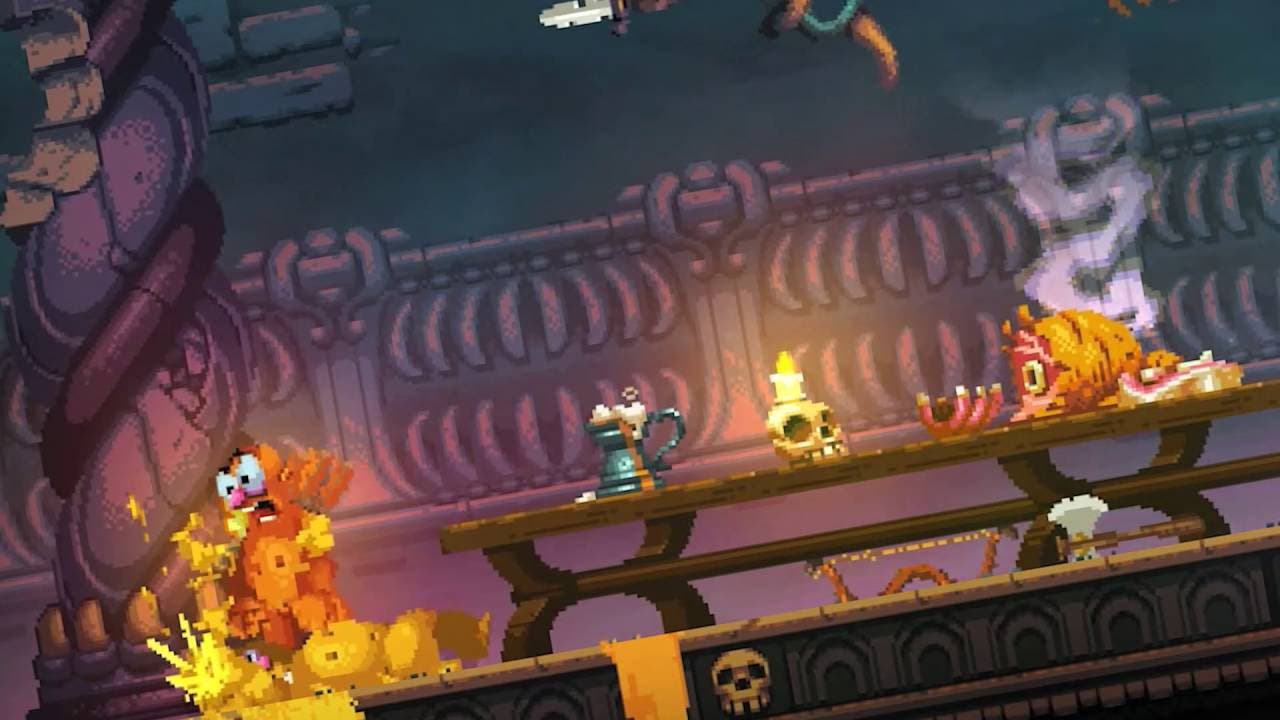 t’s time for the dramatic announcement that’s sure to make everyone feint: Messhof is parry excited to announce Nidhogg 2, the videogame sequel so hotly anticipated that you didn’t even know it existed! With charming visuals that are so much better than the first game’s but not so good that you’re nervous to go up and talk to it, Nidhogg 2 is coming to PC and maybe some other platforms in 2017. Visit http://nidhogggame.com for more information, screenshots and other stuff, and wishlist it on Steam now.

Nidhogg 2 will be playable in the Indie District, booth 104 at TwitchCon–which takes place in San Diego September 30 to October 2–and you can get a sneak peek at the game via this debut trailer, and by watching the Indie Stage live at TwitchCon (via www.twitch.tv/TwitchConIndie) onSaturday, October 1 at 5:15pm.

While we’ll pommel you with more information in the coming months, here’s some of what you can expect in Nidhogg 2:

Be sure to riposte this news as soon as you can, so you can convince other people to get off the fence and take a stab at Nidhogg 2! Check out http://nidhogggame.com for more.