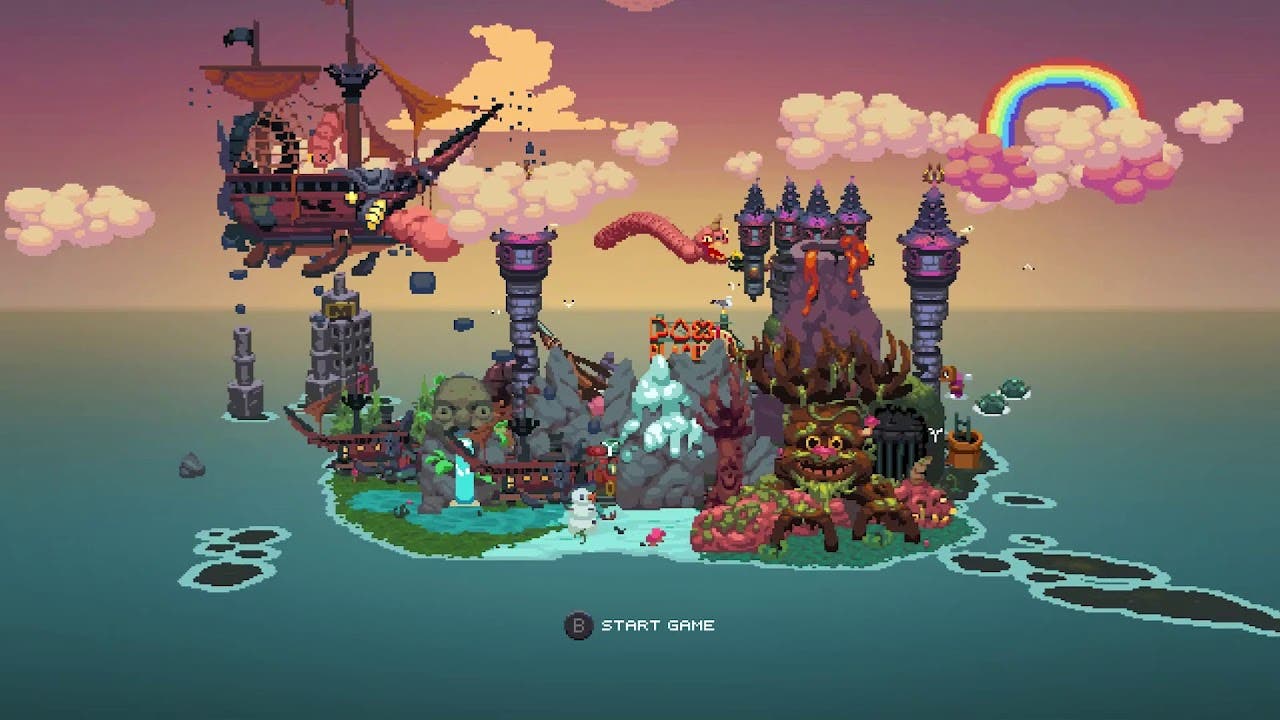 Nidhogg 2 is coming to Switch on November 22nd

November 5, 2018 – Platform after platform, the wurm continues to feast – it requires more subjects. The wurm has broken its bonds and has set its sights on the outside world. On November 22, Nidhogg 2 launches on Nintendo Switch, offering players the chance to throw themselves into the warm embrace of the wurm’s maw wherever they please.

Harnessing the eldritch magic of the Nintendo Switch, there’s never been so many ways to offer your fleshy vessel to the wurm. Take it on the go and play in Handheld Mode. Unsheath the Joy-Cons and fight for the wurms love with friends on the Switch screen itself. Dock the console, grab a controller, and play in your own den of horrors. Whichever you choose, prepare for a gory game of tug-of-war as you stab, cleave and impale anyone that dares stand in your way, fighting for glorious sacrifice to the wurm at the other end of the screen.

Nidhogg 2 is available now for PC (Win/Mac), PS4 and Xbox One, and will launch on Nintendo Switch on November 22. Looking for more gore? Praise the wurm by following Messhof Games’ Steam developer page and Twitter.