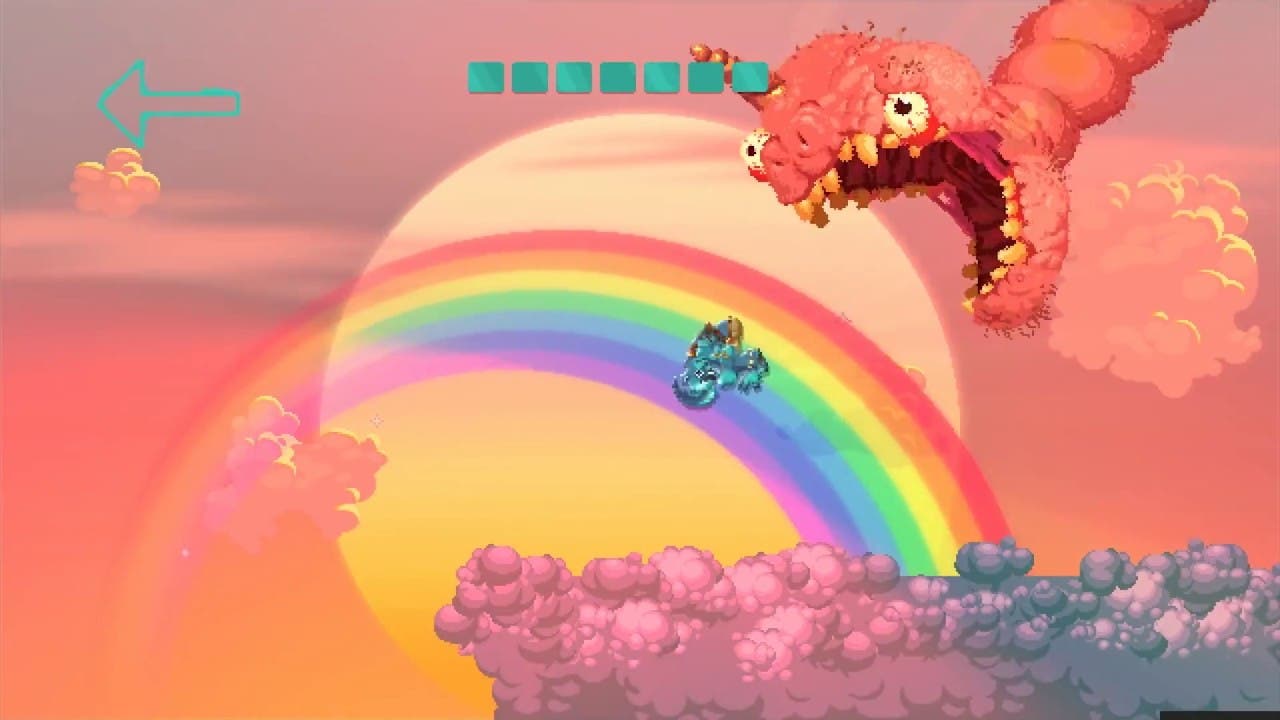 November 22, 2018 – The wurm is a giving and benevolent entity, and is hitting the road. Nidhogg 2 is available now on Nintendo Switch, allowing would-be meat sacks everywhere to duke it out on the go. On the bus, in a park, or trapped in the dank, godforsaken dungeons of a lost civilization, the wurm welcomes your tribute.

Take a break from feasting on the flesh of fowl to bask in the wurm’s return, now in full GIF form!

And don’t forget to and check out the Switch announce trailer!

Whether you feel the urge to play in Handheld Mode, docked and on a TV, or on the Switch itself with Joy-Cons in hand, Nidhogg 2 has you covered (in gore, most likely). Stab, slash, throw, slide, divekick, impale, roll, cleave, shoot, and sprint your way into the wurm’s good graces – and stomach – in this fleshy game of tug-of-war.