Production Line announced by Positech Games is a game about efficiency Inspired by a book by Henry Ford (creator of the Model T car, and arguably the originator of the idea of production lines in factories), Production Line flips the mechanics of most ‘building’ games on its head. Instead of building bigger and better, Production Line is about building faster and smarter.

The production line system works because each step in a car’s construction is broken down until its so simple, it can be done at high speed and with high efficiency. Players of production line will start with a small inefficient factory and expand it to a vast sprawling production line where the cost of each car tumbles down and down, and (hopefully) profits and sales shoot up and up!

Production Line is aimed for release sometime in the second half of 2017. Its being developed in-house by Positech Games for the PC, and will be in some form of Early Access long before release. 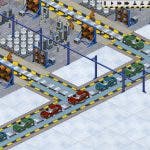 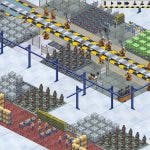