First Democracy 4 screenshot released by Positech, discusses changes for the series and in real life since 2013 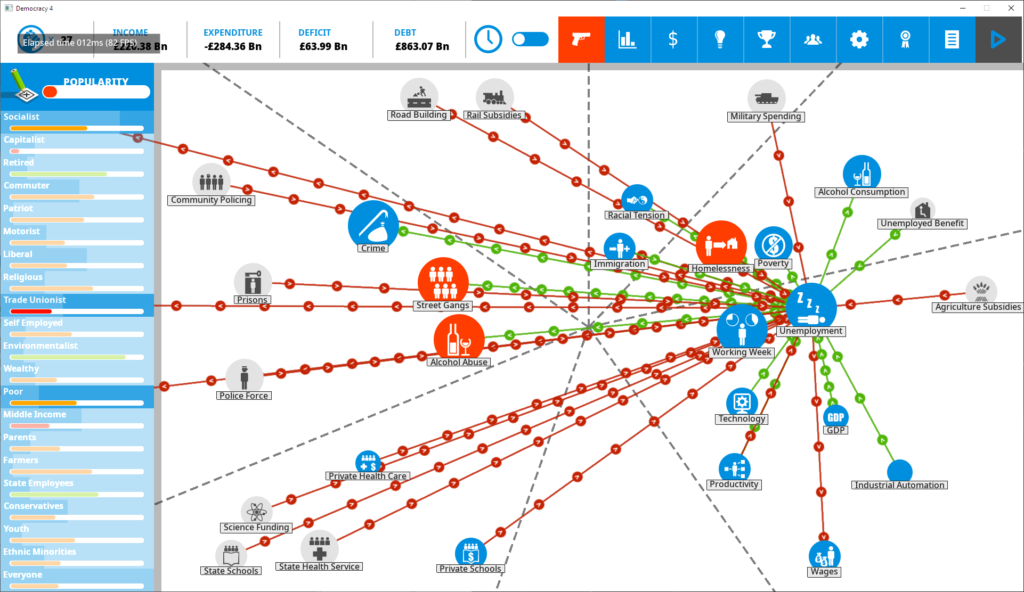 Just when you thought politics had become stale and boring with nothing of interest to report… here comes the sequel to the indie hit of… quite a while ago now (2013). Democracy 4 is releasing its first (not quite finished) screenshot showing the change in style and UI that players can expect when this political strategy game makes a comeback shortly… (TBH we are not sure when).

So much has changed since Democracy 3, that we felt it was absolutely time to revisit the franchise, After all…2013 was a very different time in politics:

2013 was the year of Edward Snowden, a coup in Egypt, War in Syria, Playstation 4 and the xbox one. The Chinese landed on the moon, and apparently ‘Thrift Shop’ by ‘Macklemore and Ryan Lewis feat. Wanz’ was the top popular music in the US. So there…

There are more details on the development of the game and a full size screenshot to be found at the positech blog post here:
https://www.positech.co.uk/cliffsblog/2019/10/03/democracy-4-update/

Democracy 4 is the fourth in the series of political strategy games developed and published by Positech Games. Democracy 3 is the best selling so far, having sold over 750,000 copies since its release in 2013.

Democracy 4 is being developed with help from Jeff Sheen of Stargazy Studios, who also collaborated with Positech on Democracy 3:Africa.

The target platforms are PC, OSX and Linux with a possible IOS release in the future. The game will be translated into a number of languages, likely to include English, French, Italian, German, Portuguese, Spanish, Chinese and Russian.