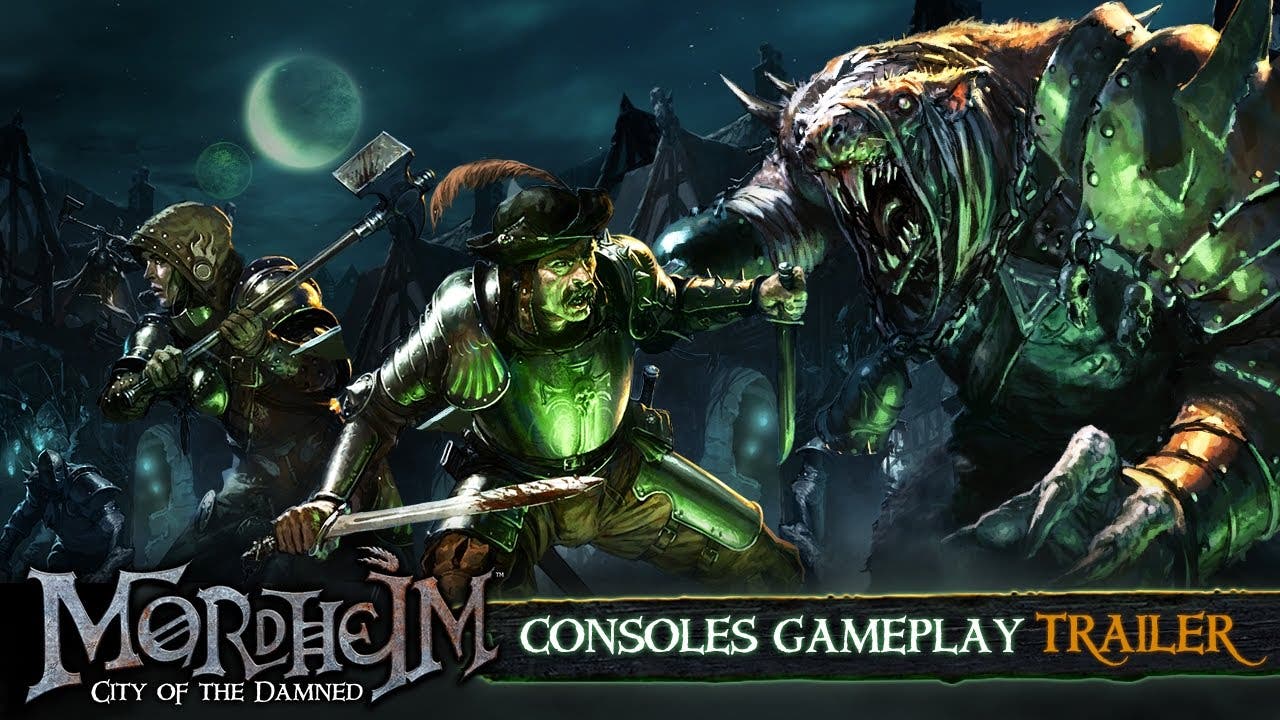 Mordheim: City of the Damned coming to consoles next week, learn the fundamentals now in new gameplay trailer

After seducing a large number of players on PC with its brutal and tactical gameplay, Mordheim: City of the Damned is coming for download on PlayStation 4 and Xbox One on October 18.Mordheim: City of the Damned, the video game adaptation of Games Workshop’s cult classic, is a turn-based tactical game in which you lead your Warband into bloody and lethal skirmishes. As you can see in today’s Console Gameplay Trailer, the game blends RPG elements, fast-paced tactical combat and intricate unit customization in a time wrought by chaos and rivalry where only the strongest survive.

Mordheim: City of the Damned takes place during a grim conflict where factions, empires, and mercenaries fight for gems, called Wyrdstone, created by a comet impact that destroyed the depraved city of Mordheim. It will be your responsibility, amidst this chaos, to take command of your Warband and storm the ruins to battle other parties, avoid abominable monsters, and gather Wyrdstone. Each nail-biting decision has its consequences: permanent death or crippling injury that could leave your recruits without a limb or an eye.

Take to the desolate war-torn streets of Mordheim to battle for fame and fortune with ranged weapons, swords, daggers, spells, and more! Witness the game’s various gameplay features, such as a unique story-driven campaign for each of the four Warbands and lethal skirmishes both offline against the AI and online versus other players.

Align yourself with one of four factions: The Sisters of Sigmar, the Human Mercenaries, the Cult of the Possessed, or the Skaven of Clan Eshin. Each comes with unique warriors that can be hired, trained, and customized with a plethora of skills and gear, creating squad synergy suitable for any strategy. You’ll even be able to take your Warband from the single player campaign to pillage the city online against other players!

Overpower enemies with a group of heavily armed soldiers, master trickery and deceit with assassins, or use magic to blow away any opposition – the choice is yours. Ambush your foes, provide covering fire for allies, scale walls, and jump between crevasses. Anything it takes to survive and conquer. Mordheim is yours to discover: will you survive long enough to master the cursed city and gather it’s limitless treasures?