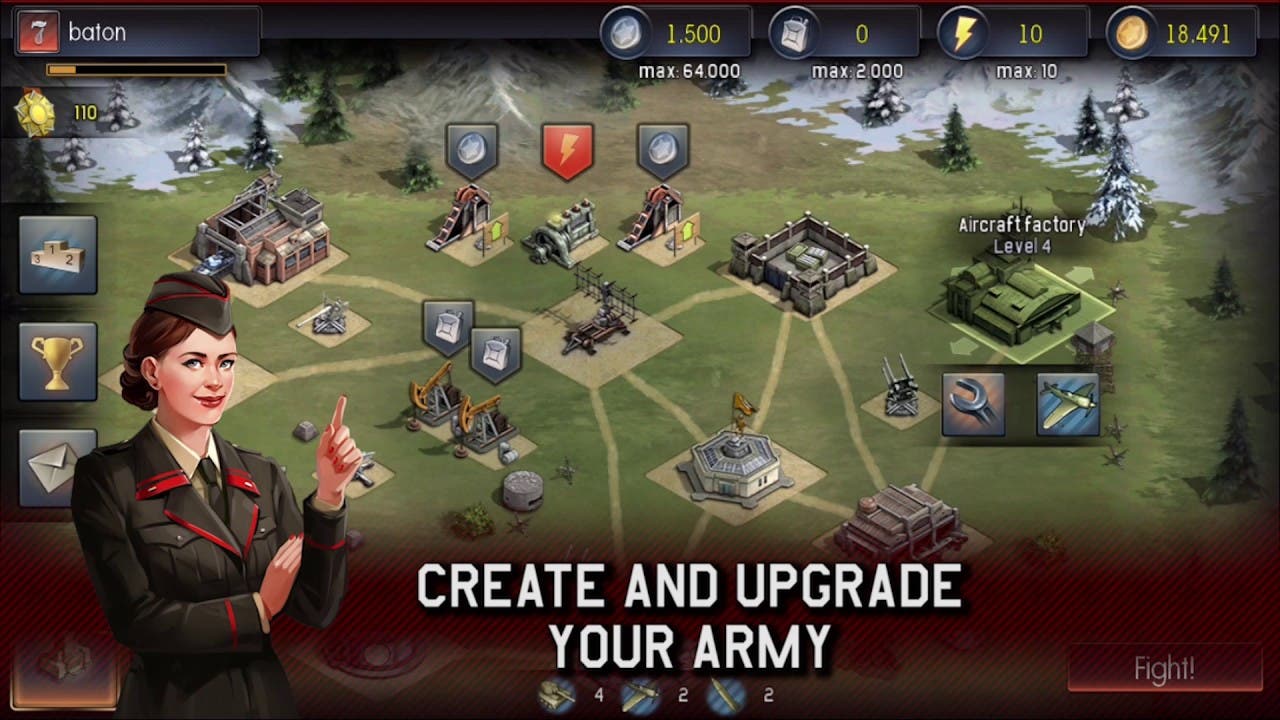 Gaijin Entertainment today announced its brand new mobile war game War Conflict is now available to download on the App Store for iPad and iPhone, and Google Play for Android devices. The game merges the popular World War 2 theme with the tactical complexity of Gaijin Entertainment’s other homegrown real time strategy, Modern Conflict 2 which, despite its 2012 release is currently one of the top grossing strategy games in the Russian Appstore with over 5.5 Million downloads worldwide.

War Conflict is a real time strategy game set within World War 2 where the battle for resources will test even the most experienced tactician. The game allows players to create a main base of operations and further develop their arsenal of available firepower from a selection of vehicles of the four warring nations – USA, USSR, Germany and Japan – including well-known war machines like the American Sherman tank, the famed Russian IL-2 aircraft, anti-aircraft guns and even ballistic missiles like the dreaded German V-2 rocket.

War Conflict is focused on taking enemy fortified territory and managing resources to build and upgrade a players available military assets. Armored vehicles such as tanks can be used to attack and capture enemy bases and can destroy enemy fortifications. Longer range assets like rockets can be used to degrade turret and machine gun tower defenses to help improve the chances of success.

Players will also need to fortify their own base from impending counter attack and carefully plot layout and tactical advancing moves to gain the upper hand on the opposing force. Adding protection and placing the buildings in such a way that your opponent won’t be able to break your defence is an essential strategy to survive the fight.

“War Conflict’s compelling gameplay and strong attention to detail provide an engrossing and strategic game that fans of the genre are sure to embrace”, says Anton Yudintsev, CEO of Gaijin Entertainment. “Through the weekly Special Operations game mode, players will be able to take part in battles dedicated to real World War II events, making War Conflict a highly engaging title for war history fans.”

A Single player campaign for War Conflict is also available to help players learn tactics and the importance of taking key territory against enemy units, such as capturing a railway in difficult mountainous terrain, or searching for the secret headquarters of the enemy.