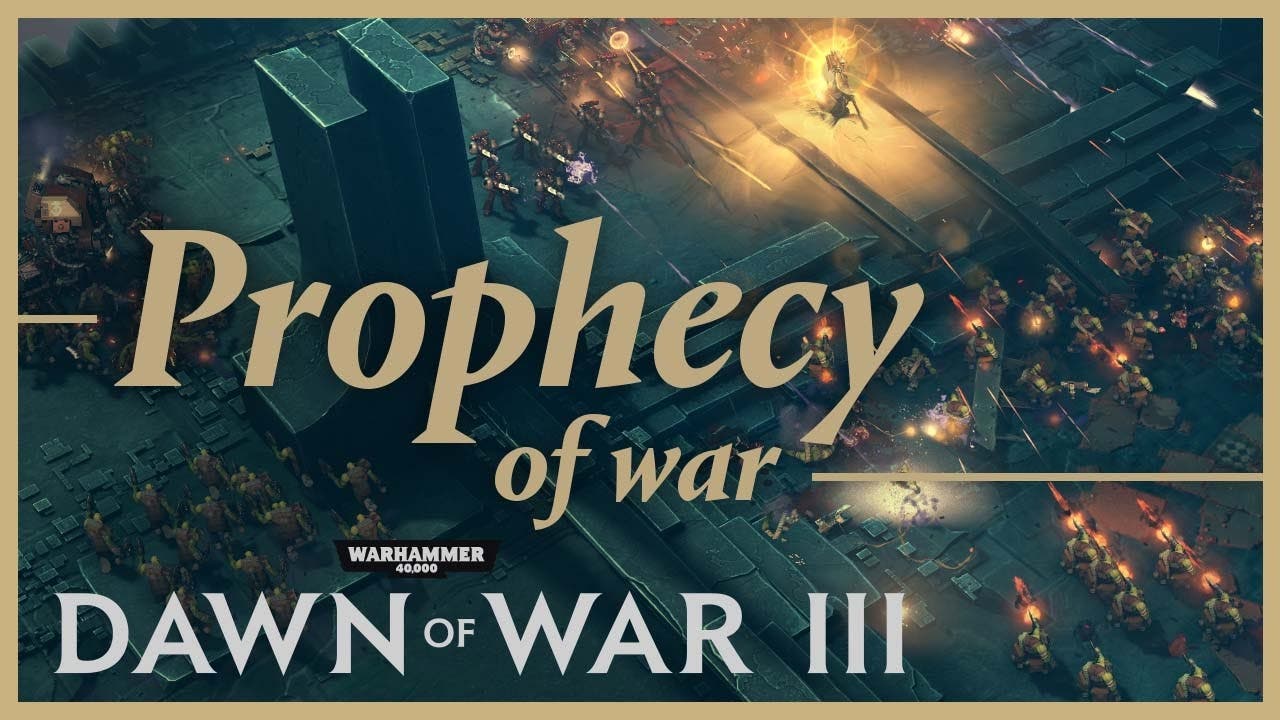 Warhammer 40,000: Dawn of War III trailer depicts the “Prophecy of War” that sets the game’s events in motion

The grimdark future is nearly upon us! Relic Entertainment and SEGA Europe Ltd. today released Prophecy of War (link) – the latest trailer for the hotly anticipated Warhammer 40,000: Dawn of War III. In Prophecy of War, Farseer Taldeer speaks the words that will set the explosive events of Dawn of War III in motion:

Fiery skies shall light the way

Blood shall spill over the wandering world

The spear of Khaine shall call the wayfarers

And the storm prince shall unite them.

Though details remain scarce, those interested in speculation may appreciate Gorgutz ‘Ead’unter’s expert translation: “it’s a race to the pointy stikk and you know what that means, don’t ya? It’s WAAAAGH!”

The trailer shows faction leaders Gabriel Angelos, Farseer Macha, and Gorgutz at odds with friend and foe alike, as the mysterious Spear of Khaine draws them further into deadly conflict. Meanwhile, Lord Kyre of the Eldar rises to prominence within the struggle for galactic dominance.