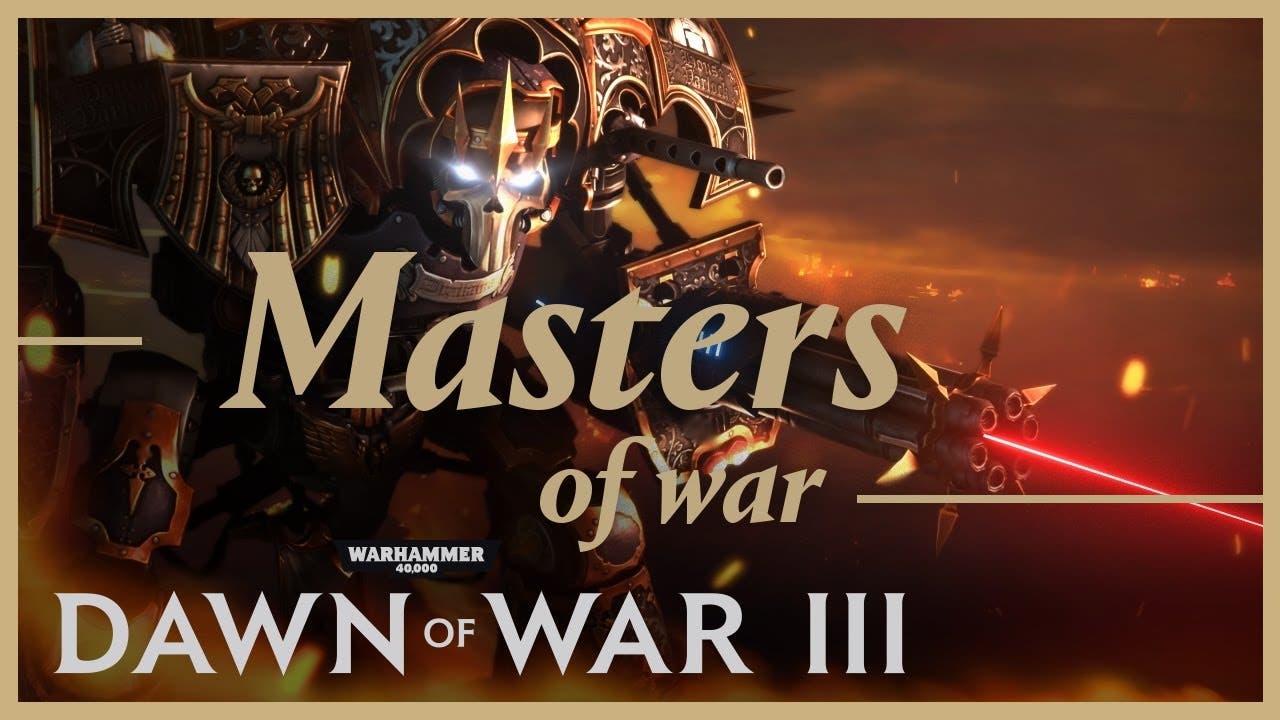 Relic Entertainment and SEGA Europe Ltd. today announced the official release date for Warhammer 40,000: Dawn of War III. The long-awaited third instalment of the critically acclaimed real-time strategy franchise will be released on April 27th, 2017, and is available to pre-order now at www.dawnofwar.com and selected retailers worldwide.

Dawn of War III is available in three formats: Collector’s Edition, Limited Edition, and Standard Edition. The Collector’s Edition will include a premium disc book, a lenticular art card, the official soundtrack, a replica of the Godsplitter Daemon Hammer, three mounted cloth faction banners and the Masters of War Skin Pack. The Limited Edition will include the premium disc book, the lenticular art card and the official soundtrack.

All editions pre-ordered before the game’s release will include the Masters of War Skin Pack, a collection of three cosmetic skins for Dawn of War III’s Super Walker Elites – the Dark Queen skin for Lady Solaria (Imperial Knight), the Ghost Seer skin for Farseer Taldeer (Wraithknight) and the Big Kustom skin for Beauty (Morkanaut). Players who do not pre-order will still be able to deploy the three Super Walkers in their original forms.

“We’re thrilled to tell fans know that they don’t have to wait much longer to return to battle,” said Philippe Boulle, Game Director of Dawn of War III. “The whole team can’t wait to bring back Dawn of War, bigger and better than ever. April can’t come soon enough!”

Dawn of War III immerses players in the escalating brutality of galactic warfare, where they will lead elite hero units and colossal armies to victory, or oblivion. Powerful super walkers will tower over the front lines as screen-shaking assaults blister the battlefield in an all-out, over-the-top spectacle worthy of the iconic Games Workshop® Warhammer 40,000 universe.