The first chapter in DEATHSTORM, a BRAND NEW mini-campaign for SNIPER ELITE 4, launches March 21st, 2017 on PlayStation 4, Xbox One and PC. It headlines a glut of new content coming to the game on Tuesday, including FREE multiplayer add-ons!

DEATHSTORM PART 1: INCEPTION is the opening chapter and mission in the three-part campaign, playable from start to finish for 1-2 players. Set after the events of the main game, the first chapter takes players to the colder terrain of northern Italy, and a Nazi naval base recently targeted in a bombing run.

With imposing scaffolding, a German destroyer and myriad Kriegsmarine soldiers to negotiate, Karl Fairburne must help finish what the bombing run started. But his primary mission concerns the secret Manhattan Project: To retrieve a critical, mysterious package codenamed Deathstorm…

This two-team mode for up to 12 players is all about trying to whittle down your opponent’s numbers. If you kill an enemy player, they’re forced to sit out on the sidelines. But if their team kills one of your teammates, they tag back in one of their sidelined comrades. In Elimination, all is not lost, even when you’re 1 v 6.

SNIPER ELITE®4 players are getting their first FREE multiplayer map on March 21st too, called NIGHT WOODS. As previously pledged by Rebellion, ALL additional multiplayer maps and modes for the game will be FREE. 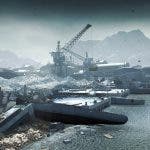 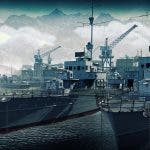 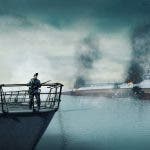 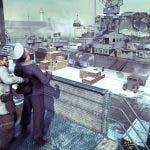 Rebellion have also released a provisional roadmap for upcoming content, which you can find on SniperElite4.com.