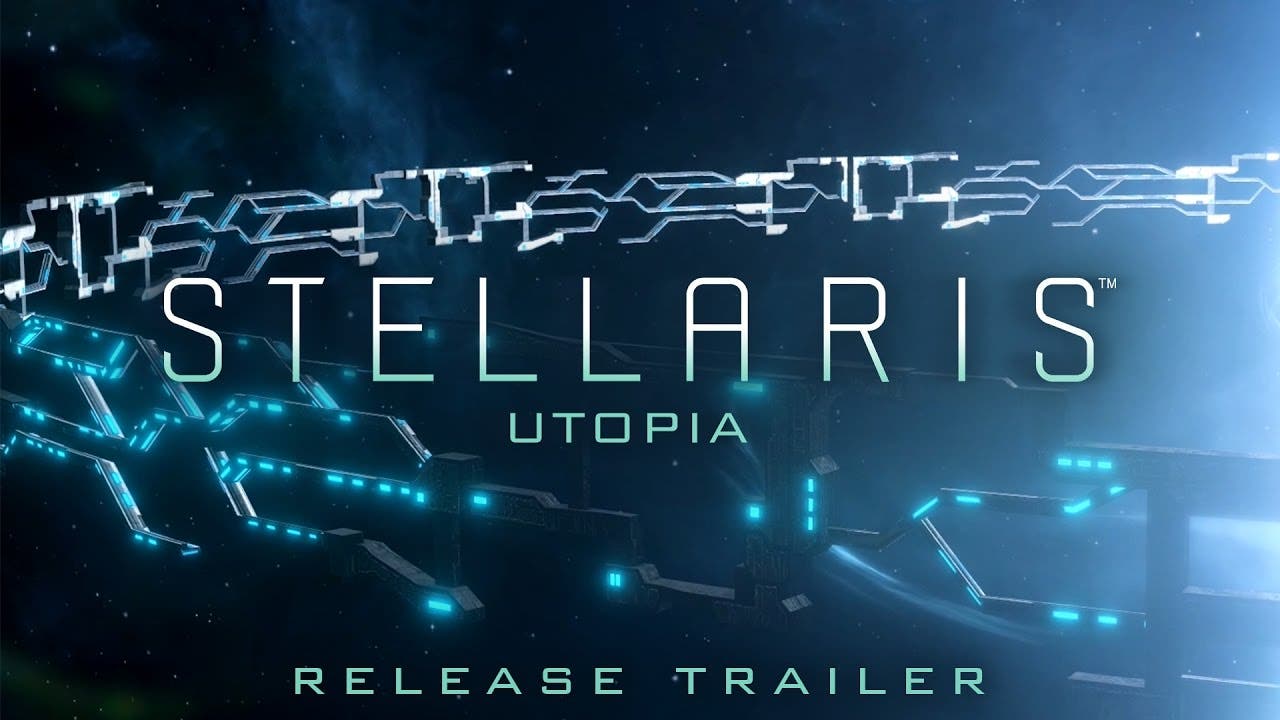 The time has come to lead your species into a permanent golden age; to a future where the brilliance of your scientists and energy of your administrators is harnessed to build immense megastructures that dwarf even the planet itself. Sound leadership and a firm hand in diplomacy will bring your species to the promised land, to Utopia.

Utopia is the first major expansion for Stellaris, the best-selling science fiction grand strategy game that delivers unparalleled variety in an ever changing universe. Utopia adds new ways to improve your planets and even your species itself, with a greater focus on allowing you to reach your full potential in a multitude of new ways – both peaceful and aggressive.

One of the major upgrades in Utopia is the addition of Ascension perks. Harness the unity of your species to establish strong cultural traditions allowing your empire to pursue your specific vision of Utopia. Choose to advance via genetic engineering, psionic exploration, or even abandon frail mortal flesh entirely and pursue a path of cybernetic ascension.

Other features available in Utopia include:

Stellaris: Utopia launches with the Banks update to Stellaris, another major upgrade free to all Stellaris owners. The Banks update reworks the place of factions in your population, adds new challenges to maintaining internal stability within your Empire, and makes changes to how ethics work in the game. The goal is to make empire management a more engaging task.

Starting later today, a number of Paradox Interactive titles will go on sale on Steam for the weekend, including the Stellaris core game. Players across the galaxy who have yet to explore Paradox’s new worlds will have the perfect opportunity to try the latest version of the game alongside its newest expansion. Stellaris: Utopia is now available on Steam and the official Paradox store for $19.99.