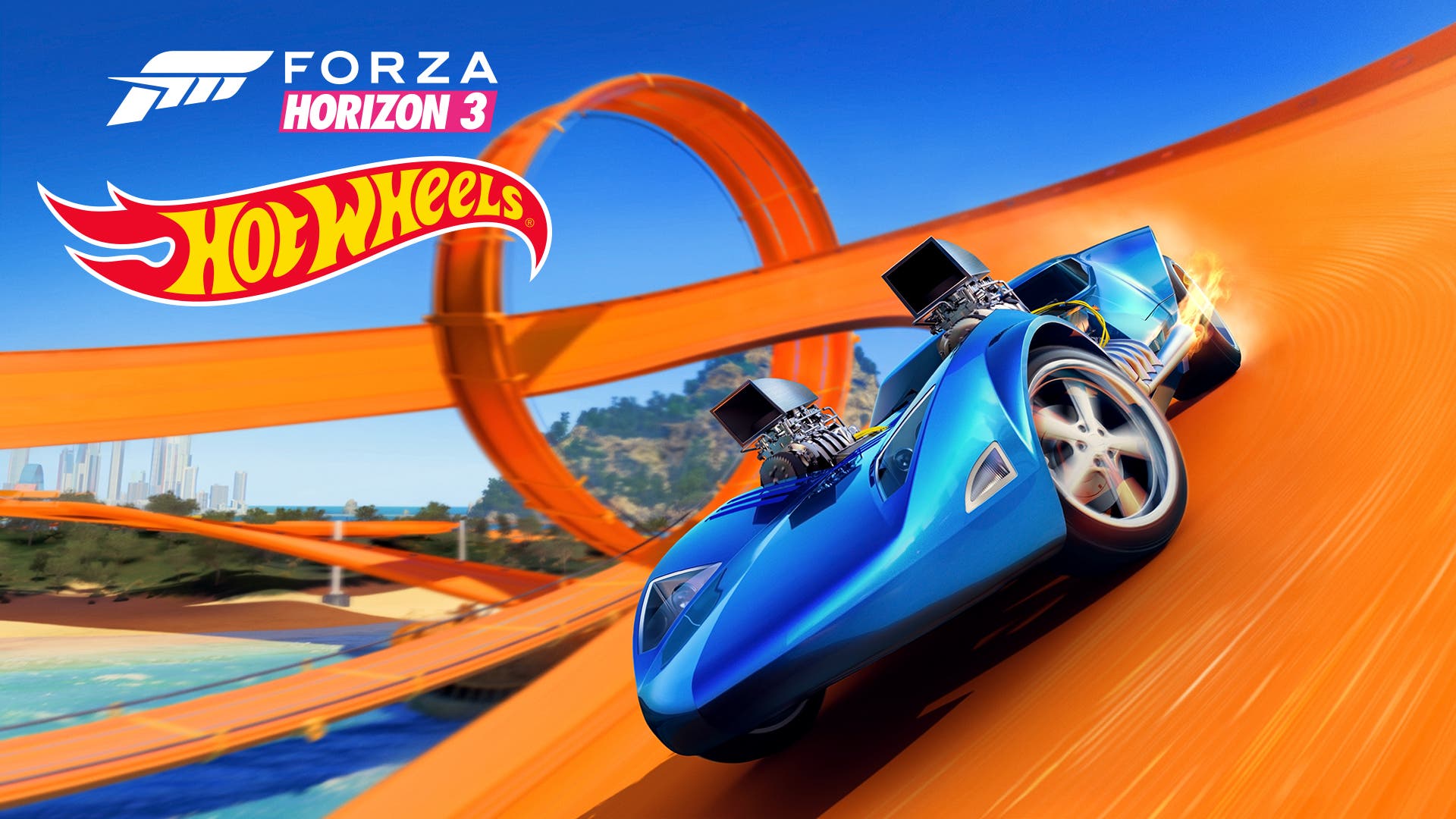 Forza Horizon is already a series that’s a departure from the simulation and realism that Forza Motorsport delivers. With the Hot Wheels expansion for Forza Horizon 3, this is perhaps biggest departure of gameplay the Forza brand has ever seen. And this is all for the best. This is your childhood revisited in HD splendor, allowing you to drive in fully-realized toys and do things you wouldn’t ever think were possible in a Forza game. For reasons unexplained, Hot Wheels has come to Australia and expand the Horizon Festival to build Thrilltopia, a life-sized Hot Wheels track comprised of plastic roads and speed boosters. The sun bleeds through the plastic, giving it translucency and you can almost smell it. They’ve begun building it out in the ocean, and even building up a metropolis to go with it. In the early races, they are still building it as you race. There’s loop-the-loops, massive jumps and dangerous tracks that have open or closed edges, and you might fall off where it begins to open up. This is a case where you’ll likely use the game’s rewind more than ever before. The speed boosters imbue weird, realistic properties you didn’t think of. As in, the speed boosts have engines that emit smoke while running, because their gas-powered engines rather than some electronic toy.

This expansion gives you ten cars, four of which are direct from Hot Wheels: Ford Mustang (2005), Bone Shaker (2011), Rip Rod (2012) and the egregious Twin Mill (1969). The other six see the return of cars appearing in previous Forza games, and new ones to the series. There’s something great about getting behind the twin-engine Twin Mill, but then you think and feel how these cars now have stats, and how they perform up against real cars. The campaign structure of Hot Wheels is not far off from Blizzard Mountain or even Forza Motorsport 6: Apex on PC, in that it is medal-focused. There’s a challenge for each race such as completing a set number of stunts, or accumulating a set number of points. From there, you have to finish the race. Hot Wheels also ties the main game and the expansion together by letting you fast travel back to Australia or up onto Blizzard Mountain from the main hub area. There’s a whole new set of boards to smash, danger signs to jump, speed traps to run through, bucket list challenges to complete, and a new barn find to go with it. Hot Wheels is not short on content, nor things to explore.

New events such as Playground Arena and Hot Wheels Goliath will test your mettle, but out of all the insane stuff built in the game, a new mode for the editor is “Stunt Swap”. It will let you create custom Hot Wheels events by swapping out stunt track sections and dare your friends to try them.