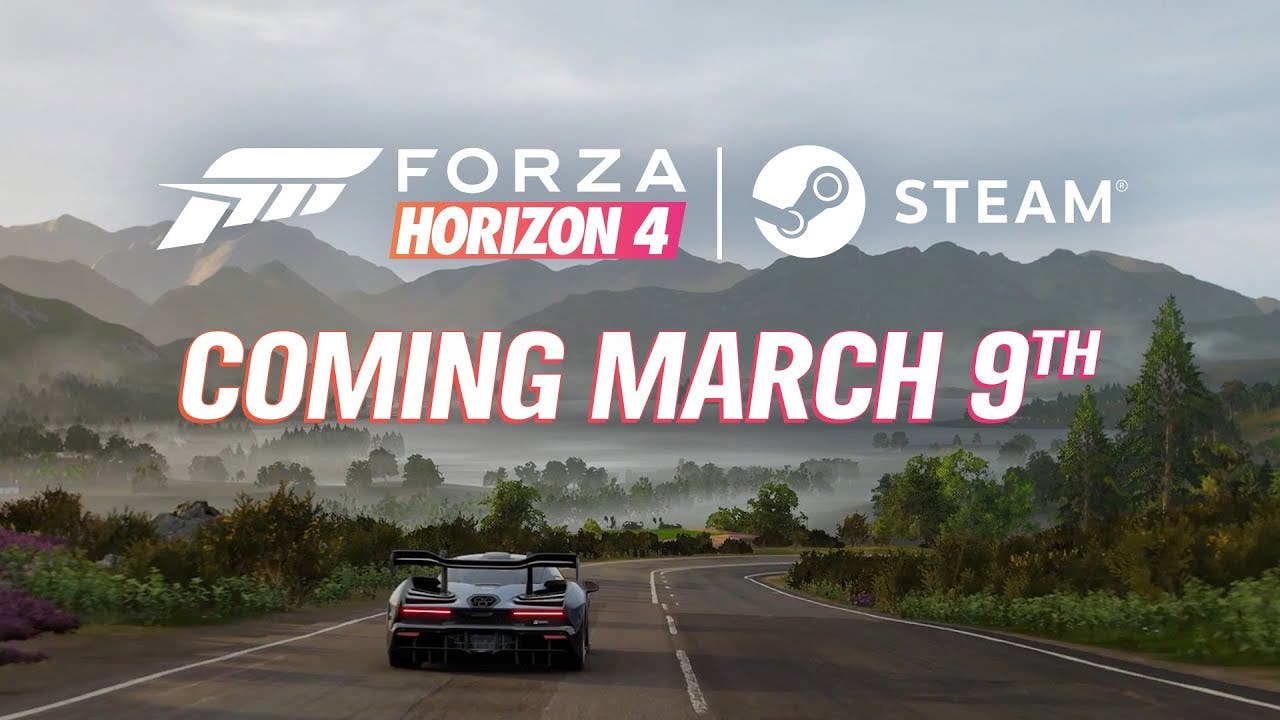 Forza Horizon 4 is racing to Steam on March 9th

For the first time, the Forza franchise is headed to Steam with the award-winning Forza Horizon 4 on March 9  Players have been celebrating the seasons in historic Britain on Xbox consoles and Windows 10 PC with Xbox Game Pass, and we’re thrilled to bring Forza Horizon 4 to a whole new audience on Steam.

Since 2018, the Horizon Festival has attracted racing and automotive fans thanks to beautiful, historic Britain’s breathtaking scenery in a shared world where together, everyone experiences changes in time of day, weather, and seasons.

Thanks to our community, gameplay in Forza Horizon 4 is more expansive than ever before with battle royale inspired racing via The Eliminator, added rewards for stunning in-game photography with Horizon Promo, and reinvented community-created challenges with the recent arrival of Super7. In this newest game mode, beat seven random challenges in a row for an exclusive reward, and even create your own custom challenges featuring structures and scenery—whatever you want, wherever you want.

Forza Horizon 4 also has two expansions that bring open-world driving to two vastly different terrains – the mysterious, treacherous roads of Fortune Island and the LEGO Brick countryside in LEGO Speed Champions. Explore all the environments the Horizon Festival has to offer by driving 600+ cars available to collect in-game—or expand your collection with iconic film vehicles from the Best of Bond Car Pack, stylish old-school drives from the Barrett-Jackson Car Pack, or thrilling action rides from the upcoming Hot Wheels Legends Car Pack. On Steam, these expansions and car packs will be available for purchase, allowing you to customize your Horizon Festival experience.

Thanks to cross-play, join your friends no matter where they play Forza Horizon 4 and drive alongside them and rivals who are racing on Xbox, Windows 10 PCs and Android devices with cloud gaming with Game Pass Ultimate.

New to Forza Horizon 4? After you Wishlist the game on Steam, learn more about the game and join the Forza community at https://forzamotorsport.net/. See you in pole position on March 9!