Here are the PC Specs for Forza Horizon 5, releasing November 9th onto Windows 10 and 11 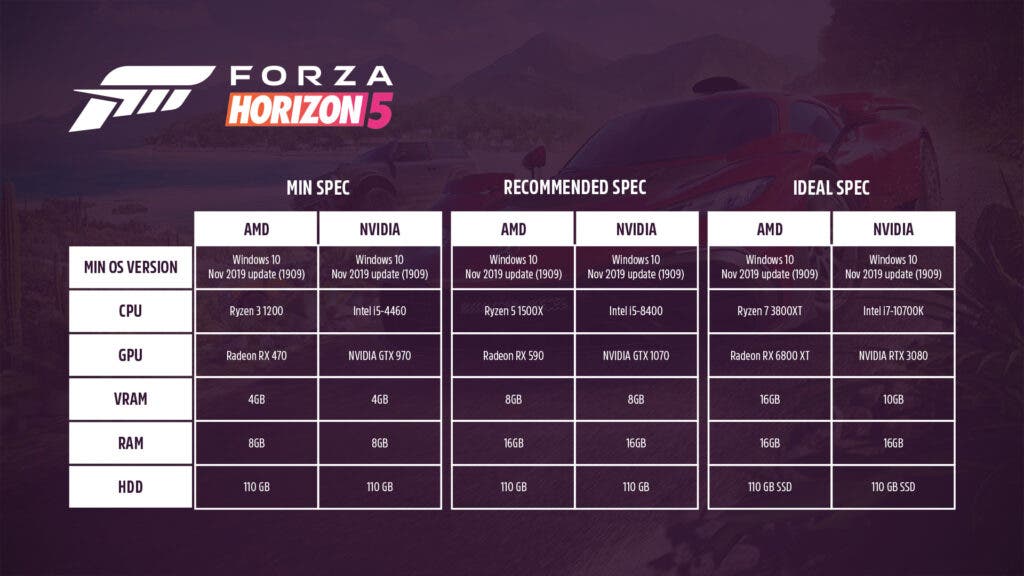 Today, at Tokyo Game Show 2021, Xbox and Forza Horizon 5 unveiled the title’s recommended PC specs, peripheral support (including some of the most popular steering wheels) as detailed via Xbox Wire and on FM.net.

As shown in the infographic below, Forza Horizon on PC will look and play fantastic across a range of PC hard configurations on both Windows 10 and Windows 11.