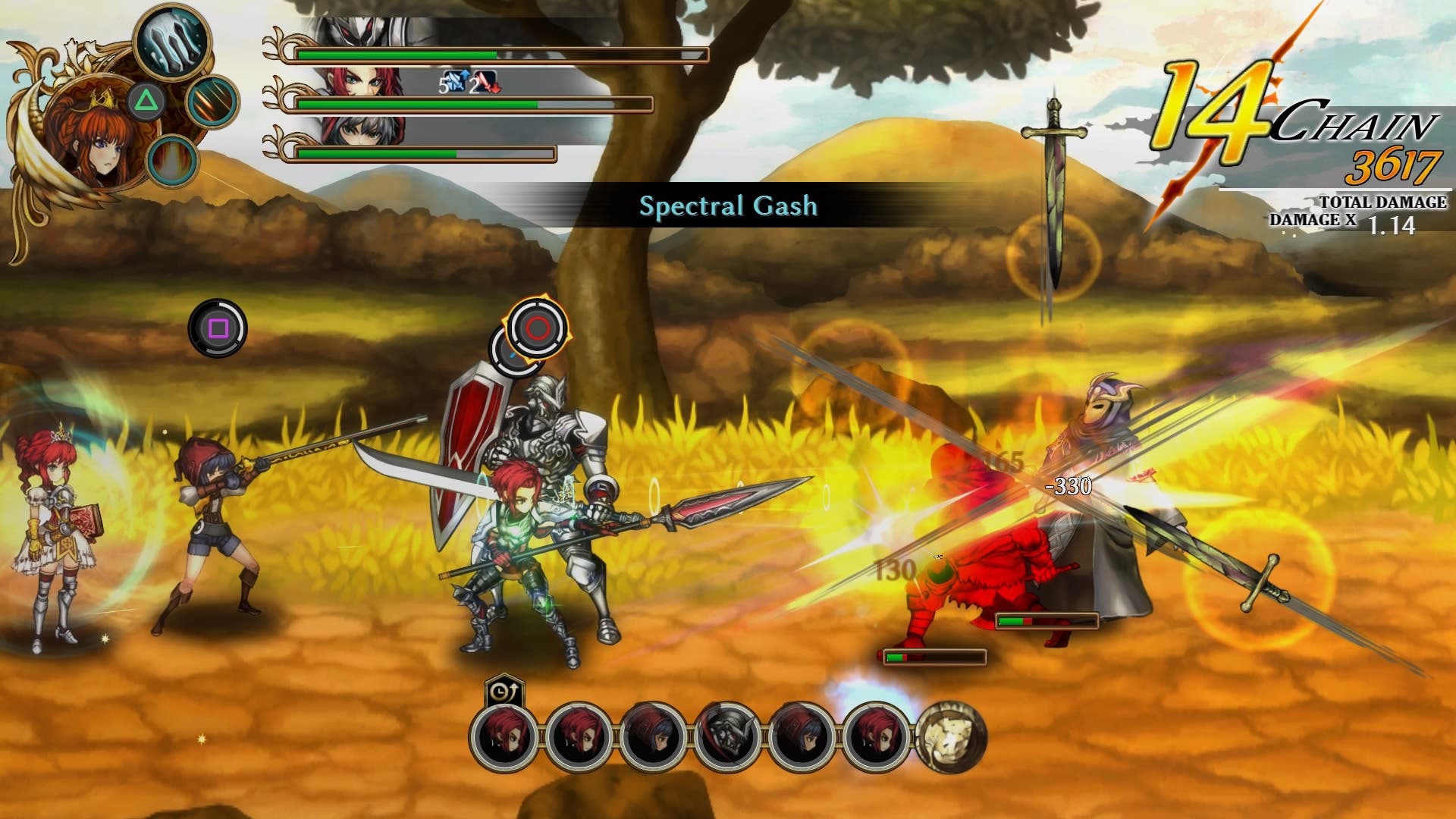 Making decisions for an entire Kingdom can feel intimidating let alone affect the people. Fallen Legion takes this core idea along with an interesting action RPG battle system up to the plate and aims to deliver a new RPG experience. It’s one I found rather interesting but also a bit limited. Here we play as Cecille, along with 3 other fighters she can recruit. She will travel across the map fighting waves of enemies in a continual loop while sometimes stopping to talk to a NPC or make decisions that give bonuses but also affect the Kingdom. It’s a moment that breaks the monotony of the battles but eventually it becomes second nature and players will be right back into the action.

I say action because honestly there isn’t much RPG elements here. There is no standard leveling up, there isn’t any armor or weapons to equip. The main elements that really give it that RPG feel are the battle system and the story. Having to decide which fighters to bring in and the decisions to make that ultimately effect status boosts to the team.

The battle system is one that hearkens to an older RPG called Valkyrie Profile, which works on the idea of almost a combo based system. With each fighter being assigned to a button press. Mixes these up along with Cecille abilities leads to some fun if not frantic moments, especially during the games bigger boss battles.

Voice acting for certain story elements is suitable and the overall look of the game is beautiful. With stylized 2D animations that remind me of something like Dragon Crowns or Odin’s Sphere. The overall high fantasy visuals with bright colors and side scrolling animations has always been a favorite of mine. The story elements and battle system are going to be key to a player enjoying the game overall as this is the majority of where players will spend their time. The battle system, while fun and engaging, can get a bit repetitive in nature and if the story elements are not enough to keep interest moving forward, it could be a stopping point for some.

The Vita has another version of the game that showcased the other side of the story from the bad guy perspective, an interesting touch for those wanting to see it from their perspective, but I feel it’s a bit of a missed opportunity not to have both of these stories on a base game for both systems. While the game is already a decent length, adding in the other half would have been made it a bigger experience, even with its limited gameplay mechanics in place. The developer’s hearts are in the right place and I think they have a solid game on their hands that could just use a bit more gameplay or RPG elements to add to the mix making a sequel a stand out title that rivals some of the bigger RPG devs out there. As it is, it’s an enjoyable romp and one that I’d recommend for anyone that has an interesting, even if they might want to wait on a sale price.