Ambition: A Minuet in Power is a 18th Century Romance Adventure Game that combines dating sims and roguelike RPGs, coming in 2018 Joy Manufacturing Co. is developing Ambition: A Minuet in Power, wherein the main character works to recover from a crushing break-up from abandonment, and rise the social ranks and find love along the way. The gameplay will be that of a mix of  Japanese Dating Sims and Roguelike RPGs. The game also features procedural generation systems make it so that no two games are identical. Ambition: A Minuet in Power will be coming to Kickstarter soon.

In Ambition: A Minuet in Power, a young woman finds herself alone in the streets of Paris, far from home and abandoned by the love of her life. In that moment, she decides to live for herself and seek her own passions, as France marches towards a violent uprising that will change history forever. Court, snub and seduce your way to the top of society! Navigate the twisting social politics of pre-revolutionary Paris in a world that’s different every time you play.

You play as Yvette Decaux, a young woman recently abandoned by her fiancé trying to claw her way to the top of society and seize the life she’s always felt that she deserved. Yvette is very aware of the discontent among the people of Paris and the coming revolution. If she wants to survive, she’ll need to balance her social status, romantic desires, and political necessities in order to thrive and survive.

Extend your influence, uncover the intrigue of the coming revolution, and ensure that you end up on the winning side of history. 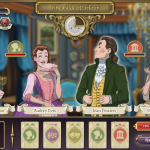 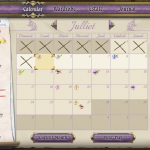 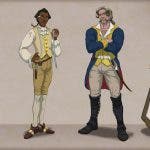