The 3DS series is coming to the Switch in retail form this fall.

“The Nintendo Switch is such a fun and versatile system; perfect for the frenetic action of a 2D platformer,” said Matt Papa, Producer at Inti Creates. “This new edition offers great content for existing and incoming fans of the series, and now everyone can enjoy the complete Gunvolt experience on the big screen at home, or on the go.”

This critically acclaimed series has intuitive controls, memorable characters, and shockingly epic boss battles. Play as Gunvolt, zipping and zapping your way through levels and skill trials by tagging enemies with your weapon, then shocking them into oblivion. In Gunvolt 2, enjoy the game in an entirely new way with the addition of Gunvolt’s rival Copen as a playable character. Playing as Copen, you can dash through the air, slam into enemies, and unleash devastating homing shotsto make short work of your enemies.

In the Azure Striker Gunvolt: Striker Pack, players will:

Azure Striker Gunvolt: Striker Pack will be available at retailers in North America for $39.99, with equivalent pricing in Europe. The game is expected to be rated T for Teen. 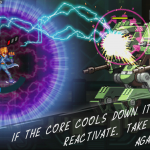 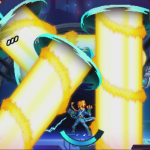 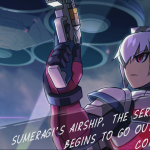 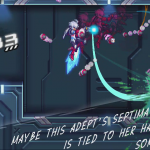