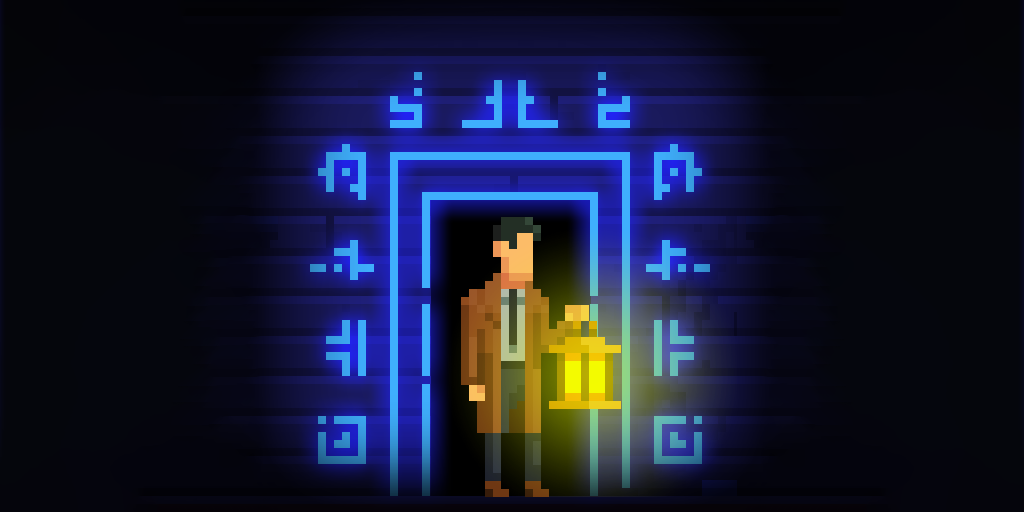 The Darkside Detective is a collection of six cases that play out like a short story series in traditional adventure game ways. Developer Spooky Doorway’s first-outing with a game like this, nails every joke and puzzle in a concise way that works really well. The look and sound of the game is so memorable and interesting, the music will be stuck in your head for days. The Darkside Detective never overstays its welcome, but does feel like it just got there when the credits roll, which leaves you wanting more. Update 9/23/18: Since this review was published, there have been three bonus cases added to the game. And they are of substantial length, equaling the total of the base game’s first six cases alone. The Darkside Detective is now more than ever worth the price of admission, even though it now ends on a cliffhanger, which ties in wonderfully with Spooky Doorway’s Kickstarter for The Darkside Detective: Season 2.

Coming from new studio, Spooky Doorway, is The Darkside Detective. It’s a point and click adventure game like you know them to be. It’s funny, and sometimes fourth wall breaking. It follows the antics of Detective McQueen, and sidekick joke-dispensing machine Officer Dooley. There’s an ever-increasing Darkside problem happening in Twin Lakes, an alternate universe that does things in reverse and rather bizarrely. It is a place that is never explored as much as it should be. Each case is deeply involved in the occult; and there’s references, winks, and nods to other adventure games that came before it as well as a bevy of pop culture ones. While the jokes are a bit on the nose at times, there are plenty of laugh out loud moments during my time with the game that I find to be a rarity these days.

The first case does well to teach you the rules of the game. It is also rather short and uninvolved, but soon after, the cases get longer and more complex, but never to a frustrating degree. The cases, while standalone, have characters that reappear and become intertwined in the goings on here. For the most part, The Darkside Detective works logically, but sometimes there’s things that should work, but don’t, in service to the puzzle at hand. For those familiar, some events during a case don’t trigger unless something specific happens first. It’s nothing out of the ordinary, but if this is your first adventure game, can be infuriating. Each case has a big, tough puzzle that serves as the centerpiece of moving it forward. These puzzles are easy to do, but involve more thinking than what you’ve done prior, such as: order symbols around, arrange pipes, redirect electricity, and more. These are a big standout during the cases you work to solve. The Darkside Detective is visually and aurally impressive, with scanlines and big pixels, the look of the game is retro but modern. There’s a closeness that the camera has in each and every scene. This, coupled with the soundtrack is excellent. Ben Prunty, of FTL composer fame sets the appropriately spooky mood with its ambiance being such great music that’s catchy and memorable.

There’s actually some replayability to The Darkside Detective. Those who like achievements will be pleased there’s a good number of hidden achievements to obtain. Any case can be replayed, and the ones completed will have an “edit” on them outlining what was done to solve it. It’s great for cleaning up the achievements, or revisiting these really interesting and hilarious cases. I’m dying for The Darkside Detective 2 already. Now it is worth noting that The Darkside Detective is short, taking about three hours to complete all six cases, but it works so well to its benefit. This is a game that brings the player in on the joke, and lets you laugh along with them – which you will. If you’re looking for an introduction to adventure games, then The Darkside Detective is definitely it. Even those experienced in the genre will find the cases intriguing and the puzzles enough of a mind tease to find enjoyment throughout.