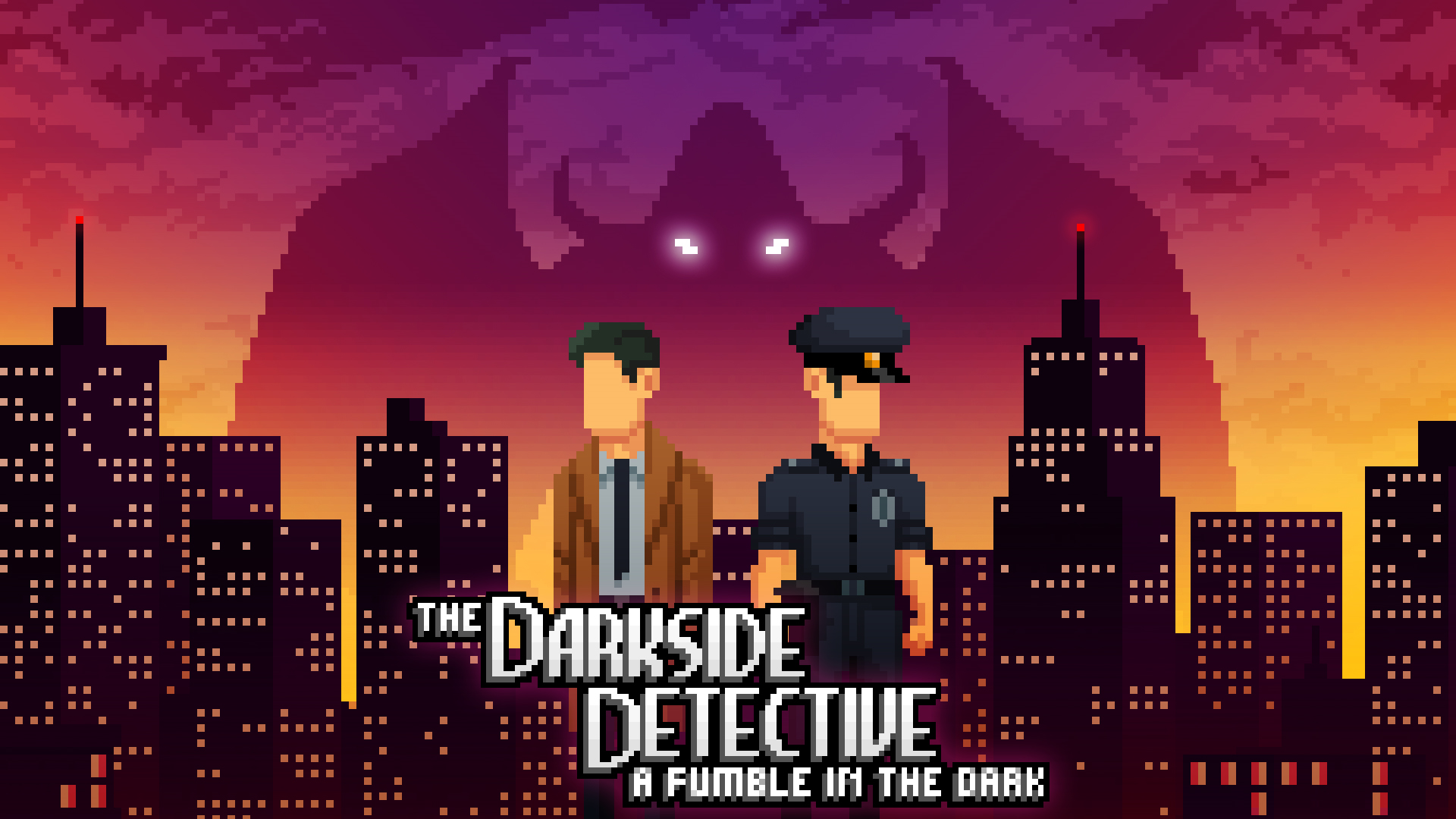 The Darkside Detective: A Fumble in the Dark Review

Picking up from the cliffhanger that prior game ended on, you once again play as Detective McQueen on a rescue mission to save your partner, Officer Dooley. After that gets resolved, it’s business as usual for the Twin Lakes Police Department. Now, it’s not required you play the first one to understand the goings on here, but you definitely should. This is a comedy-focused adventure games in the vein of classic LucasArts game with a focus on dark humor to carry you through the game’s cases. Spooky Doorway seems to address the complaints of the game being too short. This one’s a lot longer, where my first playthrough clocked in at around eight to ten hours. As someone who didn’t mind the length of the first game, I absolutely appreciated spending more time with this one. It lets you really soak in the environments, the details, and especially the characters inserted into each one.

There are six cases at launch, with a seventh seemingly on the way. The first case where you rescue Officer Dooley is very involved, asking you to go to multiple locations across an entire city. There’s multiple screens to each unique location, and it doesn’t do this again. The cases that follow are a bit smaller but have many screens to them, like a carnival, castle in Ireland, and a nursing home. It’s very clear The Darkside Detective: A Fumble in the Dark is a bigger game in scope, both from a development and gameplay point-of-view. 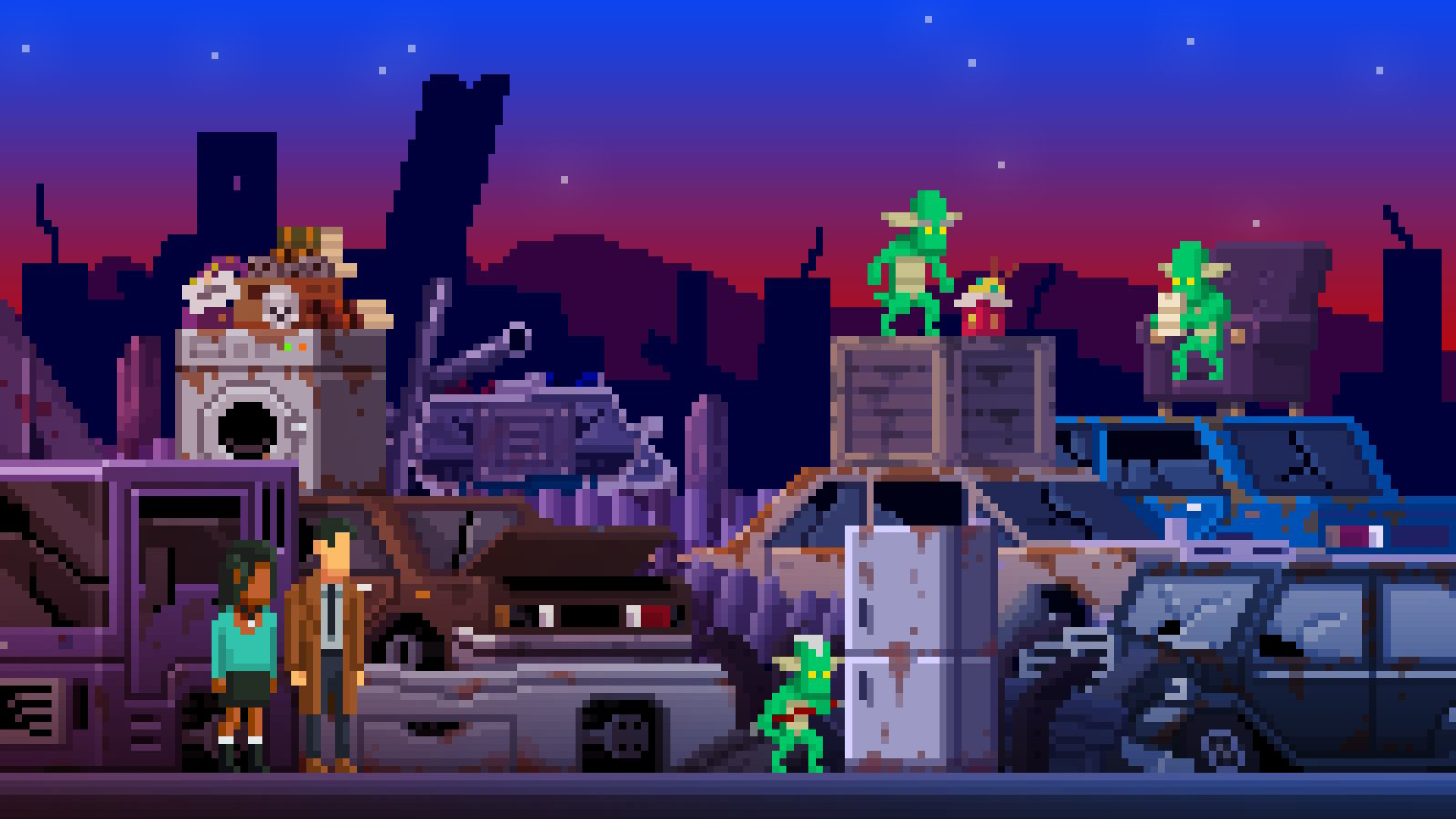 It’s standard fare when it comes to the gameplay. This is a point-and-click game, where every object you can interact with to either learn more, take, or otherwise interact with will highlight with accompanying text of the item. There’s a lot of backtracking, and needing to revisit already explored areas to advance things. In a way, events are chained based on certain actions. Along the way, you’ll need to solve puzzles to retrieve an item or use an item already obtained. Puzzles have a certain logic to them, and you can’t get a step ahead of the path towards the solution. There are even some puzzles you can brute force to complete, or solve with blind link. These kinds of things don’t hinder or hurt the experience, but there is a method to the madness.

If you’re the type that likes achievements, there’s a decent amount of replayability here. The game is packed with secrets and things to find you may not do on your first outing. It’s so entertaining, you’ll be compelled to return for the happiness it brings. This is also a good game to show to friends and family by loading up any given case. It’s great to play with solo or someone else to take notes, and enjoy the cases unfold.

You won’t find any voice acting in The Darkside Detective: A Fumble in the Dark. It allows you to mentally insert your own voices in your head. Whether it be budget or design decisions, it just works to not let any voicework get in the way of the humor, or timing. What there is, is some excellent music for the soundtrack. The ambient tracks all have a supernatural feeling to them, that perfectly sets the mood at any point in the game.

Nothing supernatural is off-limits here. You’ll find your fair share of the occult, whether it be ghosts, vampires, druids, demons, or something else I didn’t mention. The game embraces its otherworldly apparitions with poise and grace. The game has gorgeous, big pixel artwork with great uses of colors. The bigger and clearer the screen you can play this on, the prettier it gets. 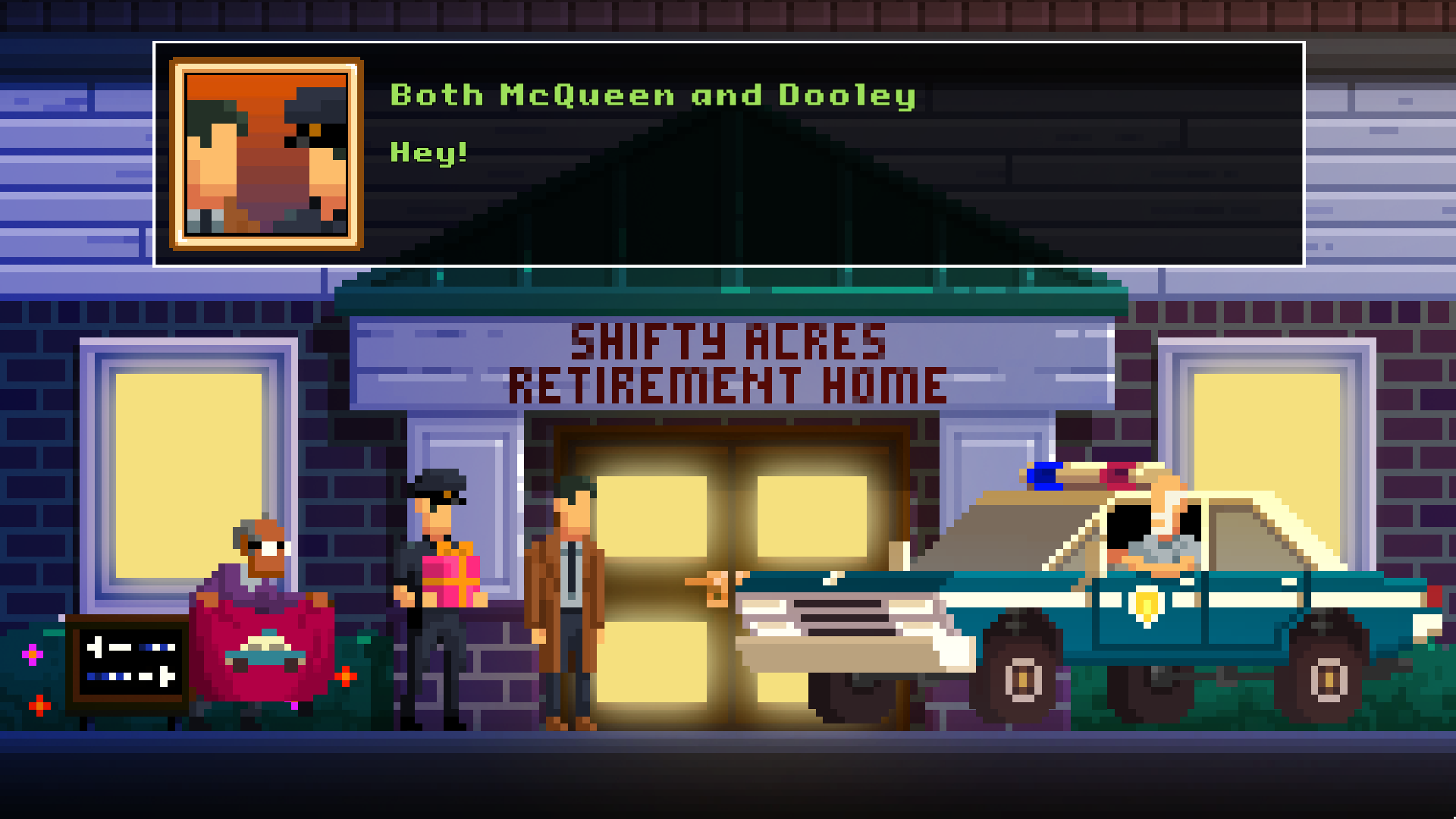 Even after finishing the game, I’m eagerly awaiting what else is coming from Spooky Doorway this season. It’s a laugh-a-minute with clever puzzles and rewarding gameplay. You’re encouraged to explore and read every piece of dialogue, or risk missing something crucial or funny. The Darkside Detective: A Fumble in the Dark is so sharp-witted, it’s easily one of the best adventure games to come along in years.